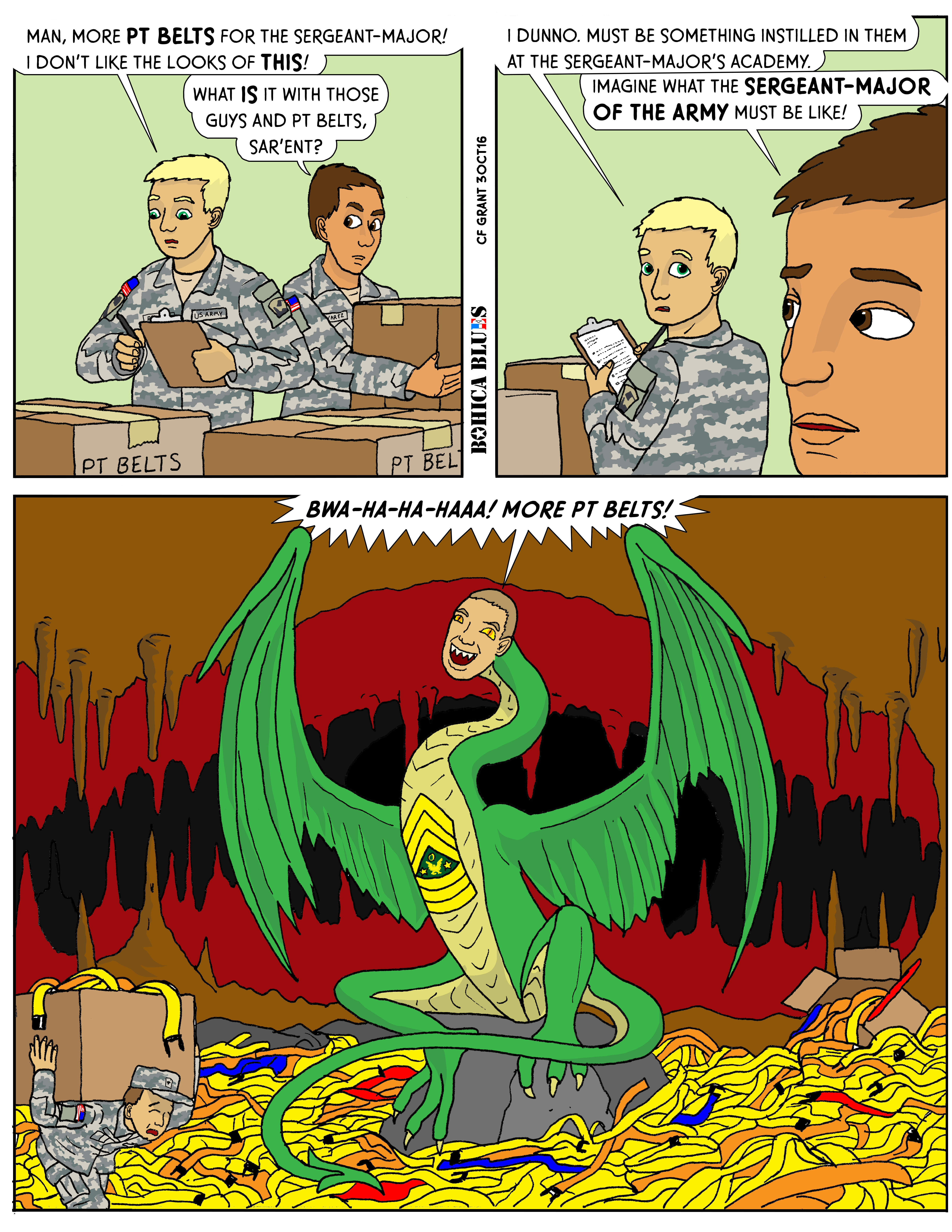 Like Smaug atop his gold, the Sergeant-Major of the Army sits as king of the vast realm of PT Belts.

There is but one Sergeant-Major of the Army at any given time. In the time period of this comic (around 2006-2007) that would be SMA Kenneth Preston. But this particular comic isn’t about him so much as it is about the kind of escalating levels of uptight behavior that comes with climbing the Sergeant-Major career ladders.

Sergeant-Majors, overall, are known for being uptight and humorless, and ready to crush you like a bug for the most insignificant infractions– Sergeant-Majors from Battalion level, overseeing around 1,000 or so people, will have you mow lawns and trim hedges for a weekend of extra duty for the sin of walking on a patch of their neatly-trimmed grass. Sergeant-Majors at Brigade and Division level are worse, and then you may have Corps level after that. By the time you reach the pinnacle, Sergeant-Major of the Army, you have probably reached a degree of uptight insanity that has reached mythical proportions, and their very body are twisted and mutated by the dark energies it has taken to reach the top of that particular food pyramid.

Don’t worry, I’m not starting another weeks-long rant on PT Belts or Sergeant-Majors, I just thought I’d throw this one out there. But of course, in BOHICA Blues, an epic Sergeant-Major or PT Belt rant will eventually surface.