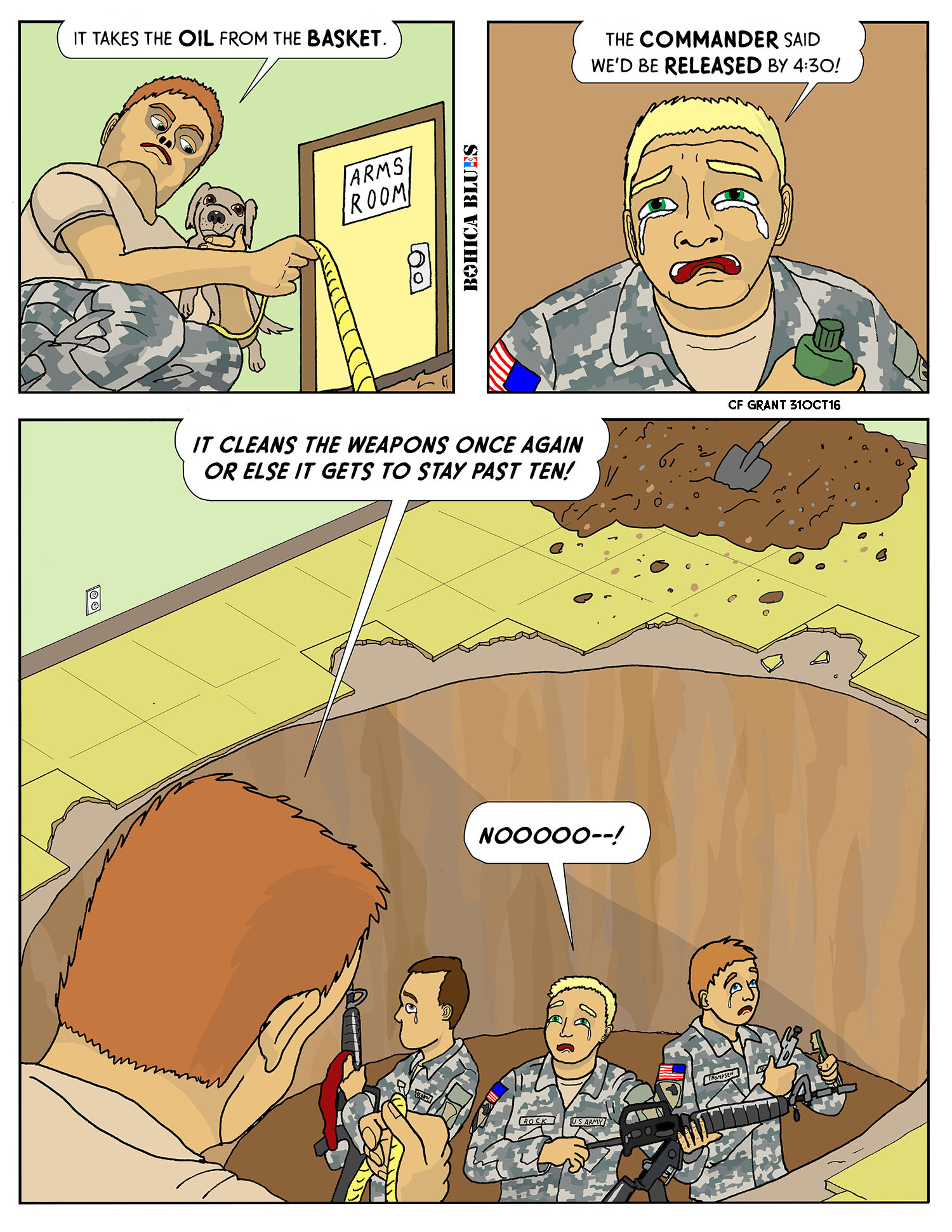 Happy Halloween! What’s more frightening than ending up in someone’s “lotion pit”? Not much.

One of the things that is almost guaranteed to happen every Drill Weekend –especially if you’ve been using weapons that weekend– is the never-ending saga of having to clean them endlessly. It is normal for weapons cleaning to go on for hours, well past the usual time to be released. Worse, you’ll clean a weapon and then try to turn it in to the armorer, only to have it rejected for some tiny smear of grease somewhere. You scrub and brush and polish for another hour, and then there’s another spot somewhere that gets your efforts rejected again.

But wait, don’t they have to pay you? Yes, they do– you are technically ordered for duty for a set period of time, and they can’t keep you past Sunday night. Of course, “Sunday Night” goes up to 11:59 pm. And if we try to dodge out of there by reminding them that they are obligated to feed us, they provide MREs. There is no winning.

Of course, higher-ups know that this can lead to poor morale and a suspicious lack of efforts the following weekend, and then there are other work-arounds. Some guys would have their freshly-cleaned weapon rejected, so they just get back in line and repeat the process over and over until it gets accepted. I learned early in my military career to simply bring a book, art tablet, or other hobby and simply quietly while away the time until the Company Commander says to just go ahead and turn them in, regardless.

Only the military could take an otherwise fun hobby and turn it into an onerous chore to be avoided.