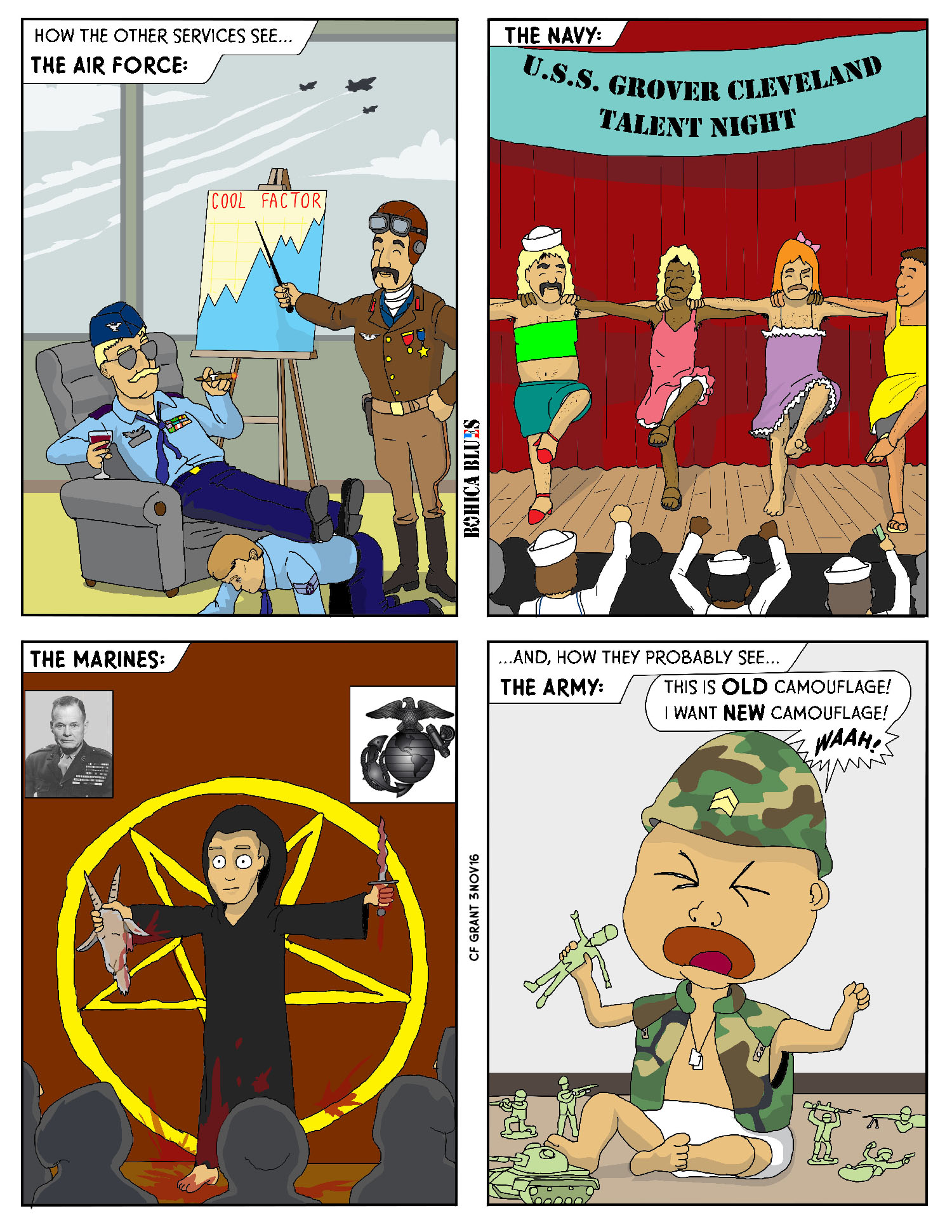 The services love to make fun of one another. Over time, you develop an idea of what people in other branches think of your service, as well. Hopefully I have properly articulated the image of the Army in a manner that my Air Force, Navy, and Marine brothers & sisters agree on.

So, a general all-services comic instead of one focused on the BOHICA Blues characters particularly? Sure– a momentary break before I start the November event. This year, I’m going to do something a bit different: instead of doing one whole week of expanded comics each day, I’m going to do 2-page comics for each regular Monday and Thursday post, from the 7th through the 21st. The big “full week” of comics is great, but it is also a very labor-intensive and stress-inducing ordeal. I think by stretching it out over most of November will be better. What will this years running story be? Well, we catch up with some of our old friends from deployment and see how they are doing since returning.

Also, this year, I will be featuring the work of a guest inker! Typically I draw pencil sketches on paper, then I go over the parts I like with thick ink pens, then I erase the pencils and scan in the all-ink images. Those scanned images get colored and posted as finished comics. A friend of mine, who is also an Army Reserve veteran of Iraq, is doing the inks, except he is taking the scanned pencil images and going over them digitally. Results I’ve seen so far look fantastic, and much cleaner (no leftover erasure marks). The resulting “clean inks” are much easier and faster to color in.

I like the technique so much that I experimented with them on today’s comic. You may not notice the difference, but it was much less labor intensive for me to do, so this may become the wave of the future for me.