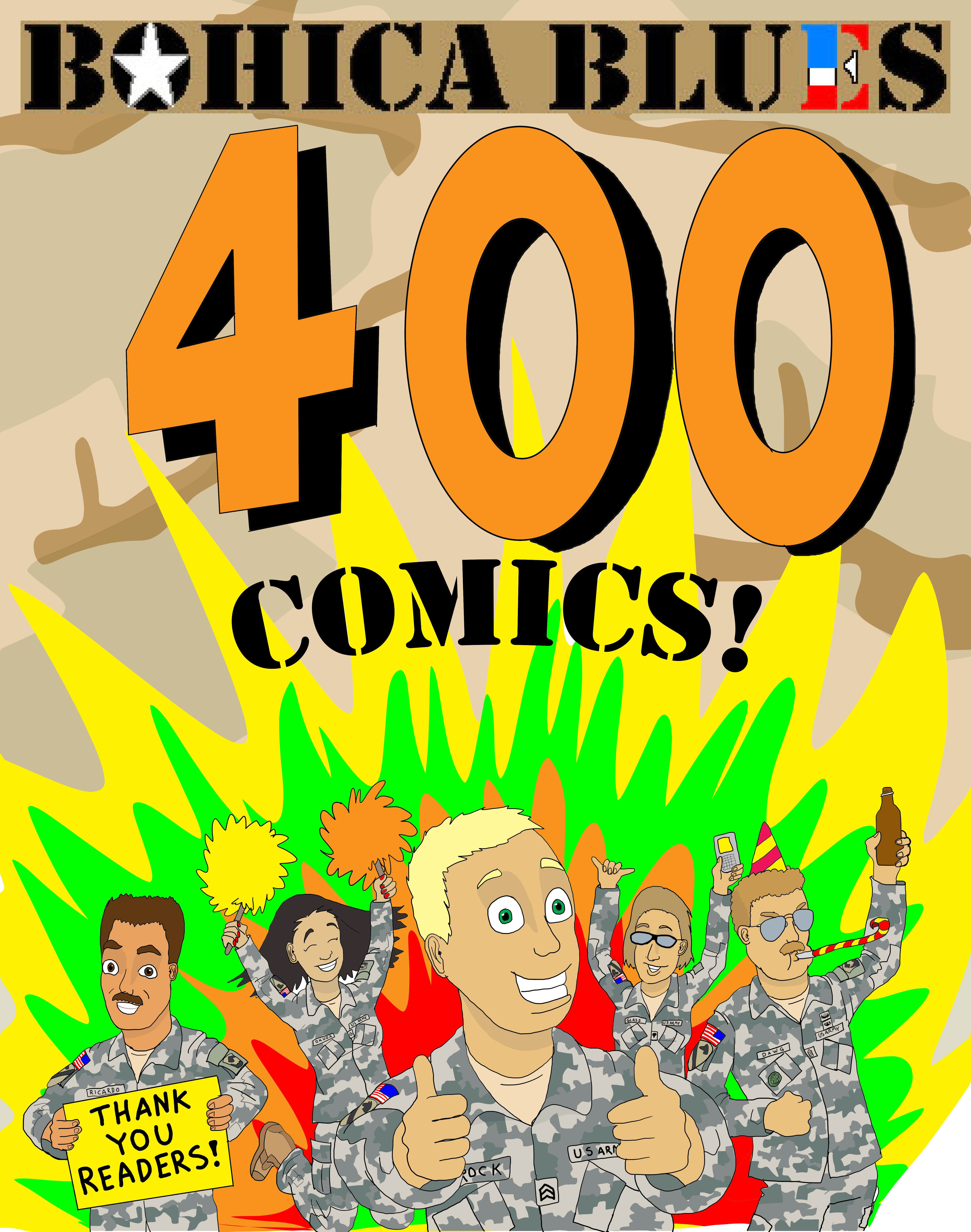 Early drafts of my comic, the ones done in Iraq, had a Native American character that mostly went unnamed and had no identifiable job– she showed up maybe three times and I recall using two different names for her. Later, when I decided to re-launch BOHICA Blues as a full-color webcomic with a more coherent storyline, I wanted to introduce some Military Police characters with Working Dogs, so I resurrected my Native American female character and gave her the name Wendy Two-Feathers. I gave minimal thought to her family name until I read Nathaniel Philbrick’s book on the Battle of Greasy Grass, also known as Custer’s Last Stand. There, I learned about the Arikara Indian scouts that served Custer, and the alliance of Sioux and Cheyenne that fought on the Native side. That gave me the rationale for “Two-Feathers” and the possibility that this could be a name the Missionary school instructors assigned to the child in their school.

“Wendy” came from the book “Peter Pan”, which her mother loved as a child, so she named her daughter Wendy and thus we have the character today. Interestingly, I have heard that the name “Wendy” didn’t exist until the publication of Peter Pan, much like how some young girls these days are being named “Katniss” or “Khaleesi”.

Is Wendy’s story believable? Like she said, it is a family legend and may be a sort of “backronym”– inventing a rationale to explain a thing that already is. But at least we know where “BOHICA” comes from, finally… right?

EDIT: Hey, guess what!? This is BOHCA Blue’s 400th Comic! Thanks for years of readership and support! Here’s to more to come!