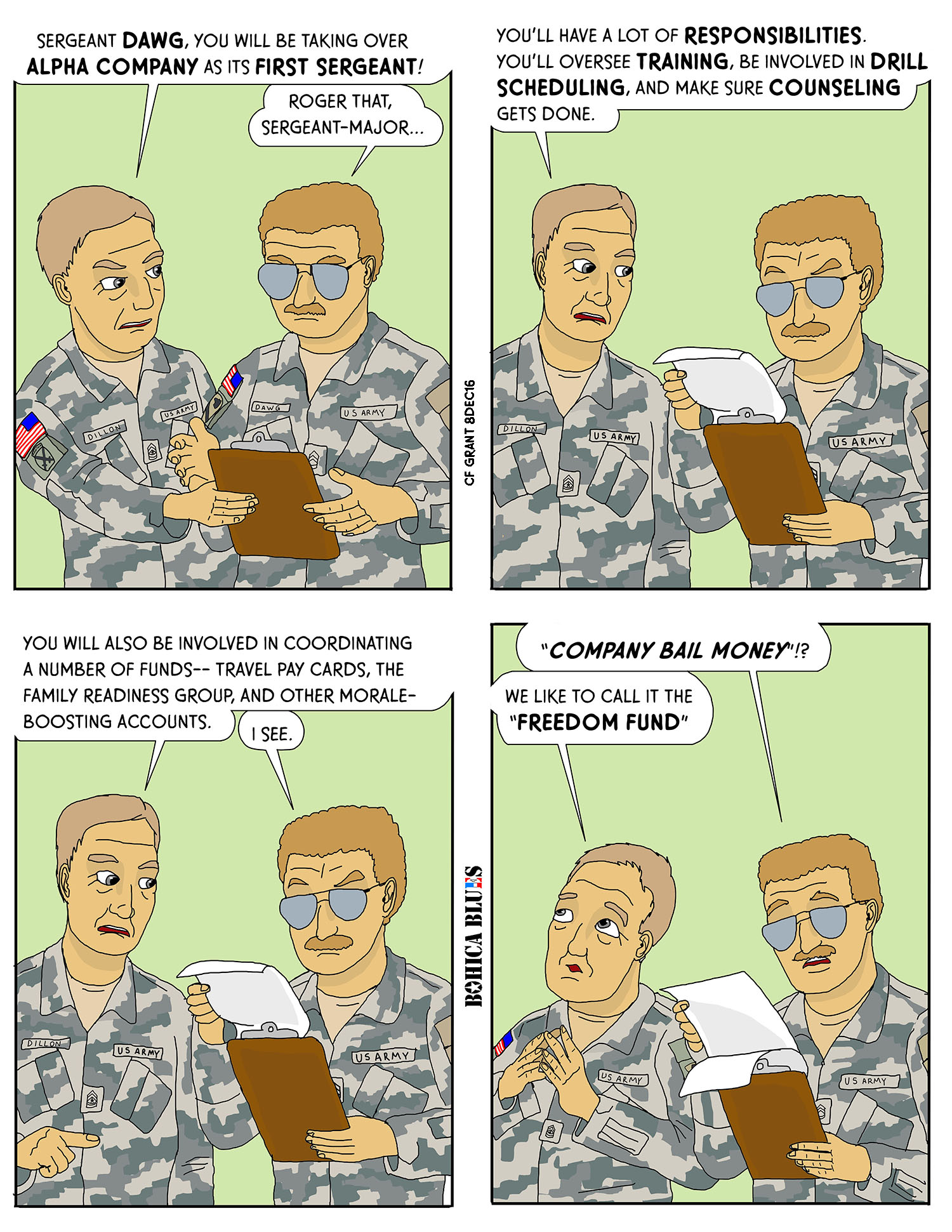 So– good ol’ Sergeant First Class Douglas Dawg is going to get promoted to Company 1st Sergeant. And in this time, he gets to learn about all the things he will have responsibility for. Now for the most part, a 1st Sergeant, who is the “senior sergeant” of the Company (about 100 or so soldiers), does not directly manage all these things– he or she is simply responsible for them, while delegating hands-on operation to others.

A military unit of Company size starts having “unit funds” that are formal, such as their training allocation budget, and semi-formal, such as the “Family Readiness Group”. The “FRG” is a sort of club made up of the spouses and children of a soldier, and the FRG tries to help them cope with the stress of deployments or assist in daily needs for a family member in need. These Family Readiness Groups are probably more active in overseas bases such as Germany or Japan, where the off-base culture is foreign and unfamiliar. FRG funds are used for yearly holiday parties and frequently a summer get-together after Annual Training.

Less formal, and actually against regulations, is for a company to maintain funds for things like alcohol or bail money– although they have been known to happen. A unit needs to maintain a certain level of staffing, otherwise funds can be cut from the unit’s budget. So you want to have as many people attend drill weekend as possible, and they can’t do that of they are in jail… or they are more likely to come if there is a Company-funded beer bash after release Sunday afternoon.  The reasons, of course, are that funds such as these would encourage soldiers to engage in reckless or irresponsible behavior, so if these funds exist, they are kept well hidden. Ideally, so hidden that they don’t even exist. Still, some “old-school” leaders may have informal arrangements that would mean trouble if discovered.