Whatever Happened to Ol’ What’s-His-Name? 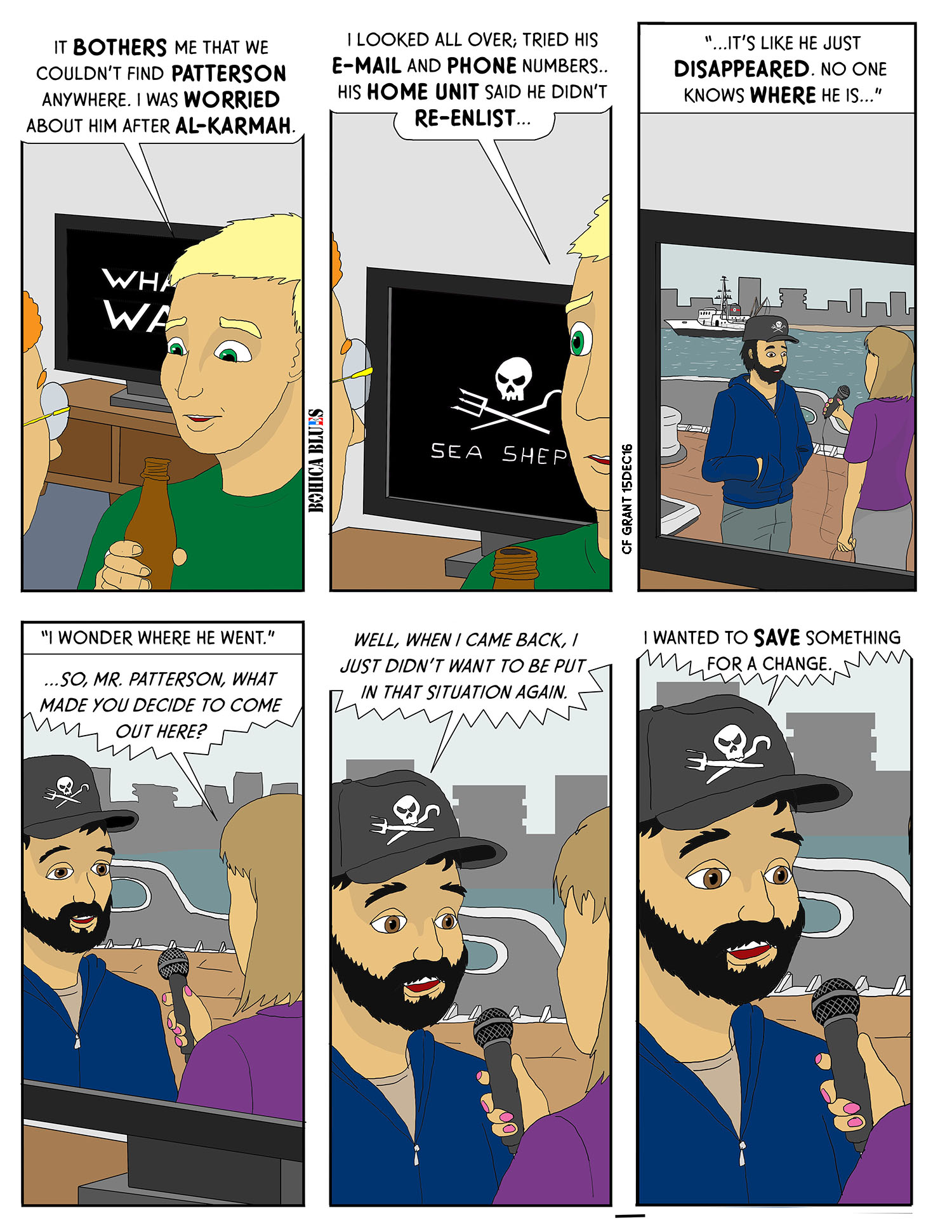 Whatever Happened to Ol’ What’s-His-Name?

A lot of vets get out and what to do something relevant in society. It’s hard to go back to the humdrum of daily existence, even though there’s also a newfound appreciation for “the ordinary” after a deployment as well. In the case of Bradley Patterson, he wanted to do something to balance the karmic scales after he shot someone in battle.

While Brad Patterson shot someone who was clearly involved in nasty activity, he still felt bad about it. As Chaplain Crossman said, he didn’t enter the situation wanting to kill; he ended up in that position reluctantly– so as a result, feeling troubled afterwards just goes on to show his normalcy. Now, Patterson has joined “Sea Shepherd” Conservation Society, and is participating in the “Whale Wars”– it’s his way of giving back. I wanted to put Patterson’s fate in the comic so he isn’t forgotten, and last we saw of him he was having a rough time. He’s got his life back on track and is doing something he feels is relevant and accurately reflects what he needs to do to come back fully. It will be different things for different people.

Minor anachronism, though– the events in BOHICA Blues are always around 10 years in the past, with a bit of flexibility here and there. “Whale Wars” didn’t premier until 2008, and at this point in the comic technically it should be around the late 2006/early 2007 time period. We may see some more of Patterson in the future, but for now there are still a couple others I’d like to mention.