Everyone Has A Favorite 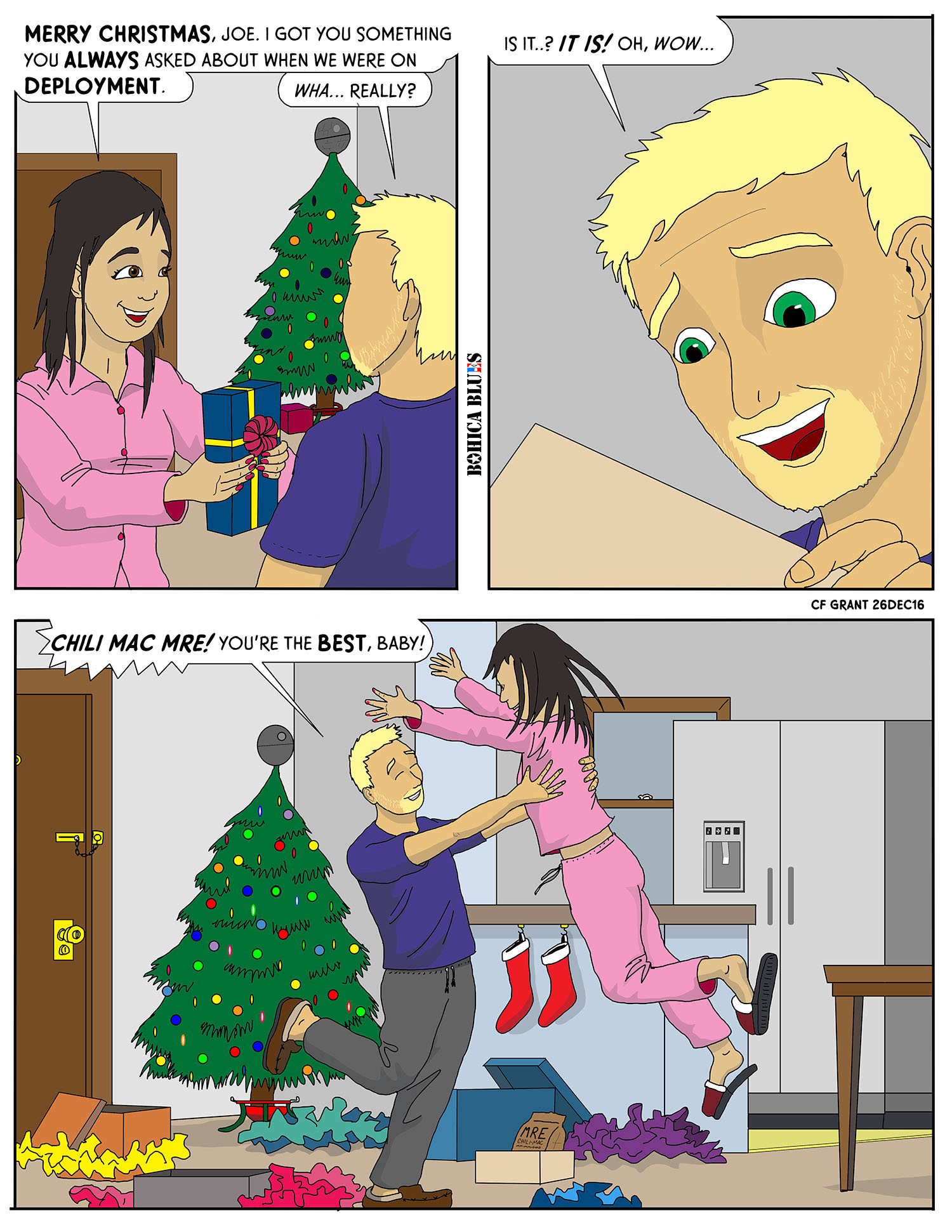 Everyone Has A Favorite

Everyone has a “favorite” MRE. Frequently, they are the same ones– Chili-Mac is generally either a top favorite or one of the top five in most peoples’ lineups. It contains the following: a foil tear-bag of Chili and Macaroni; a Pound cake; some Cheese spread with bacon; Crackers; “Candy III”; Carbohydrate beverage; Spice, red pepper; Accessory packet A; a brown plastic spoon; Flameless ration heater; Hot beverage bag. For most, this is the pinnacle of awesome, because even if you don’t care for any one of those ingredients, you can use them as trade goods for something else– an MRE isn’t just an MRE, it can be downrange currency.

On the military humor site “The Duffelblog”, the MRE is described thusly: “The meat in the chili mac is a grab bag of beef, horse, emu, buffalo, ocelot, and Scott Tenorman’s parents. The macaroni noodles are yeasty and require a suspicious amount of chewing. The pound cake is reminiscent of drywall with hints of office chair padding.” There’s more; you can check it out on the Duffleblog link I provide below. But the main thing is, when you’re downrange, on a deployment, life sucks, so a bit of favorite chow helps, even if only a little bit. People will go through the boxes of MREs looking for their favorites so that things don’t have to suck so bad. People will actually get into arguments over “their” MREs, and some people try to “claim” an MRE before the box is opened– “I claim the Cheese Tortellini!” and stuff like that (hint: these “claims” are typically not honored, unless it is from someone two or more ranks higher than the person opening the box). The flipside of this is, these are things you’d never want to eat by choice back home in the “real world”– it’s only cool (relatively) when you’re downrange. That said, taking MREs camping, hiking, or hunting is acceptable, as long as you complain about it. Joe will probably keep his MRE stashed away for a dark time when it is needed the most. Zombie apocalypse, perhaps.

Civilians love these things, probably because they are not required to eat them by circumstances. And, in truth, as military field rations go, the MRE is actually quite good. Just remember that on the scale of food goodness, “military field rations” is the low end of the challenge bar.

Read more about MREs at: http://www.duffelblog.com/2015/03/mre-review-duffel-blog/#ixzz4Tro5tke3