Time For Your Gold Collar 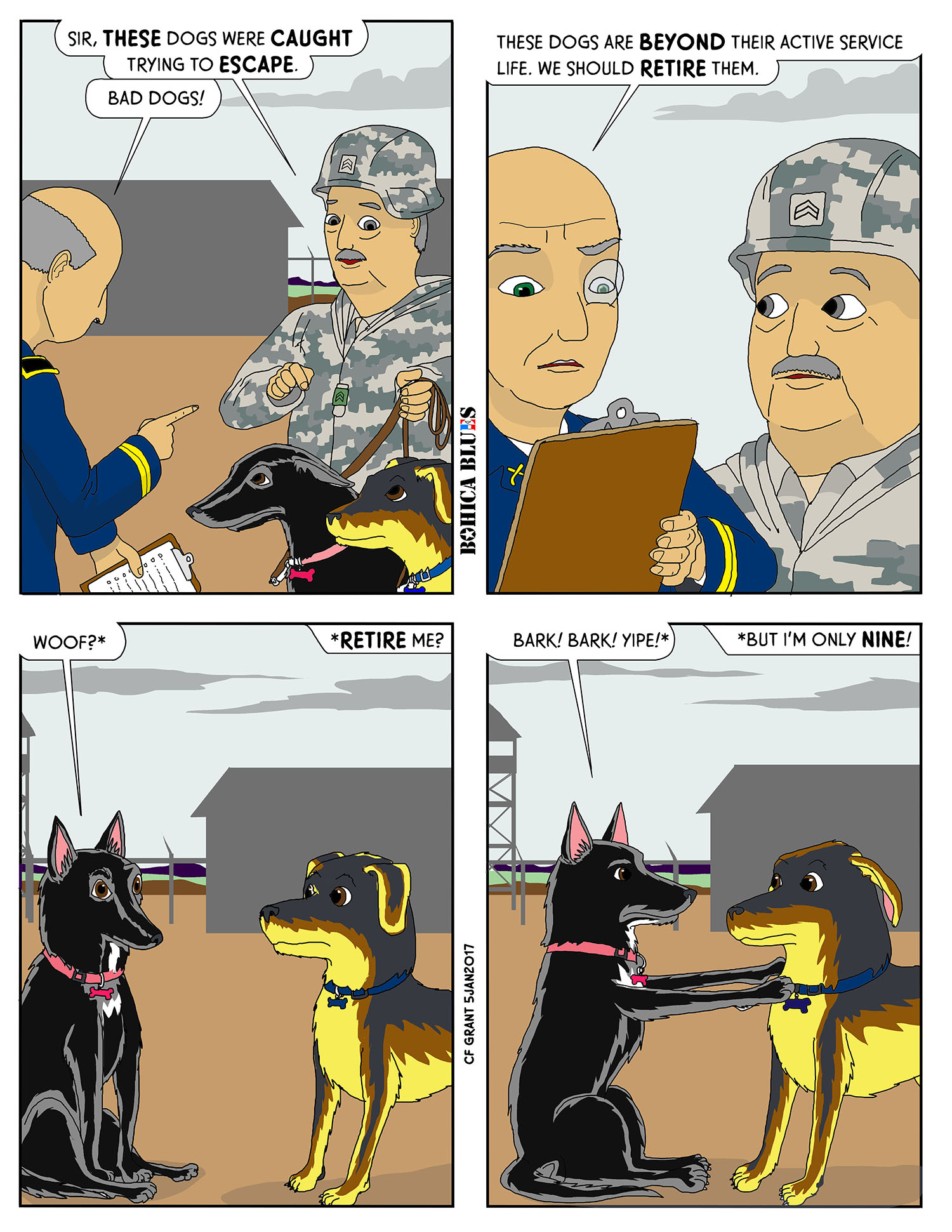 Time For Your Gold Collar

Standards probably vary from service to service, and certainly for police dogs from state to state, but I think most service/working dogs only go for about seven to ten years before they are retired from active service– and of course that is variable if they have suffered injuries or hardships. Military working dogs face the same risks as human service members, up to and including PTSD.

In BOHICA Blues, Sadie is the senior dog, older than Butter by a few years; however, unlike Butter, she has not faced any injuries during her time of service. Her retirement age is the normal retirement age for an older service dog who has put in their time honorably. Butter, on the other hand, was near a blast from a suicide vest attack during the Battle of Fallujah in 2005. The blast, which cost Staff-Sergeant Paul Purdue his leg, and Captain Steve Wronick his life, also knocked Butter unconscious and left him with a small piece of shrapnel in one paw (which has since healed). Butter and Purdue were evacuated on the same helicopter, with Butter’s handler, Specialist Wendy Two-Feathers, riding back with him to the vet at Camp Victory.

The fate of military service dogs has been checkered in the past. It used to be that they were considered “equipment” and were alternatively either turned loose after combat was over, or killed as “surplus”. Only recently have post-war and age or injury-retired service animals been returned to the home country and put up for adoption. The charge was frequently led by dog-handler vets themselves who were injured in the same incidents that hurt their companion animals, and the handlers wanted to care for their “battle buddy” back home.

Now, just about anyone can adopt a retired service dog, and give an “old” warrior a peaceful home and a soft comfy bed.