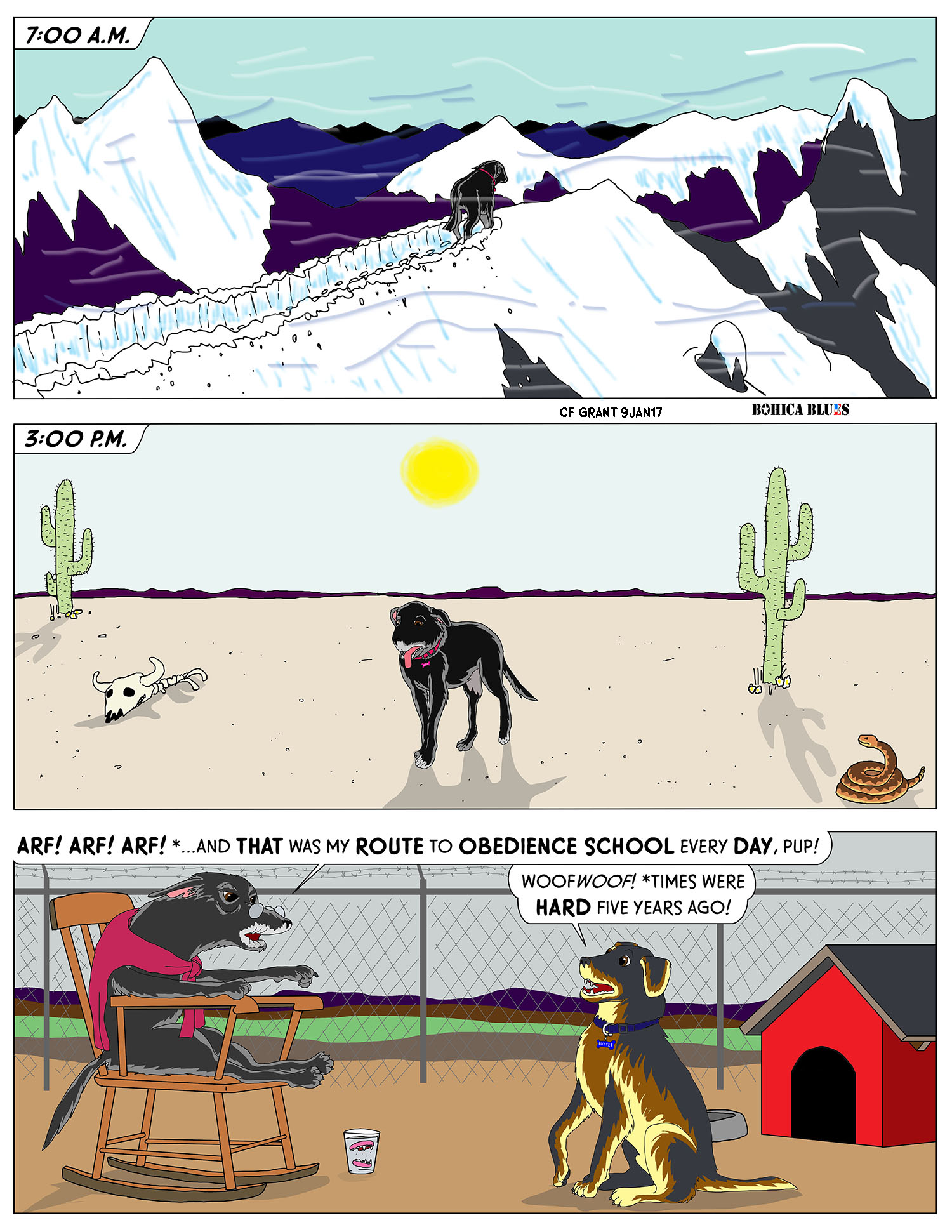 Ahhh, the “old days”… for a dog, that was maybe five years ago. I’ll probably do one or two more comics catching up with the Military Working Dogs, and then go back to Joe, Juni, and everyone else at the 213th Battalion in Boise. In the future, I may do small story arcs that allow us to catch up with some of the other characters across the country that we’ve seen– Jorge Ricardo, Paul Purdue, Wendy Two-Feathers, and so on. For now, the dogs at the kennel have been out of the story entirely until the last couple weeks, so I’m getting caught up on some of my “canine humor”.

I’ve left the dogs’ location vague, but the last time we saw Joe, Juni, and the others everyone was in the grips of winter and celebrating Christmas. Obviously in a cold winter, dogs and other pets should be brought inside, but I wanted to show the outside of Kennel 13, with the fences and barbed wire and guard towers for that “Hogan’s Heroes/Great Escape” look. Fortunately, all Military Working Dog training –for all branches– takes place at Lackland Air Force base, located near San Antonio, Texas. So that’s as good a place as any for the dogs to process out of. They will eventually be adopted and we’ll see them from time to time in future episodes.