Make the Best of It 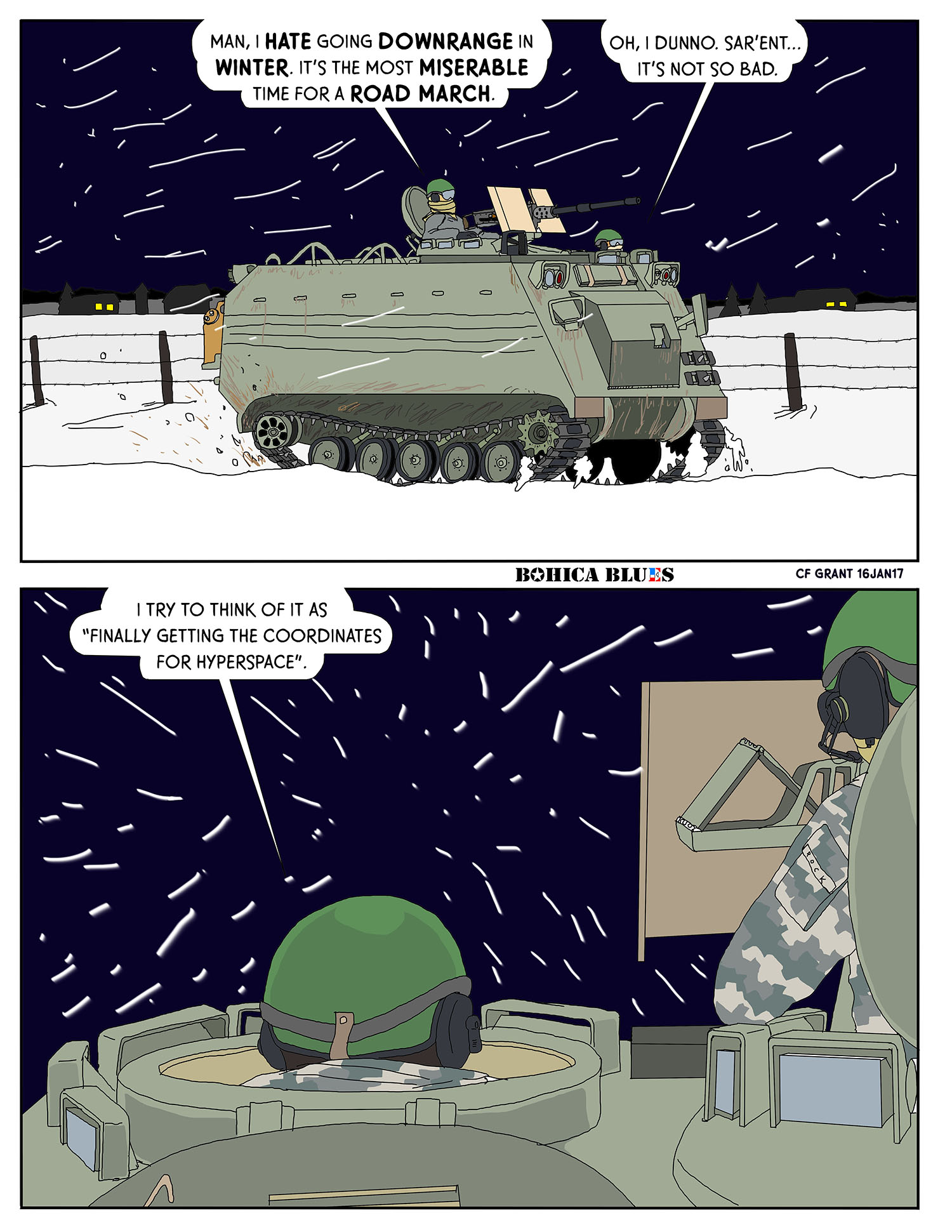 Make the Best of It

Driving in snow is always like this. On typical roads with ordinary cars you have to be careful not to succumb to the urge to hit the accelerator and get that “hyperspace” feeling for real… since you’re more likely to end up with that “spinning teacup ride at Disneyland” feeling for real instead. But in a track vehicle you might be a bit better off mashing down on the accelerator and reaching that break-neck 25 miles an hour speed. At least briefly, in an M-113 like the one pictured (downhill helps too). Another thing to note is that any movement along a roadway is called a “road march”, regardless of whether the troops are actually marching on foot or riding in vehicles.

Going out to the field for war games is frequently referred to as “going downrange”. And of all downrange field operations, anything done in winter is always the most miserable. Not only are you cold, but most military armored vehicles require at least some of the crew must be riding in open hatches, exposed to the weather. So even if you’re one of the crew that is “lucky” and gets to ride inside, it doesn’t do you much good. At best you’re out of the direct wind, but wind passing over the hatch still brings cold and snow inside.

The vehicles do have heaters, of course, but like a lot of things in the military they tend to work on a spectrum of extremes. Hot air can be vented into the crew area, which usually just blasts boiling hot air in one direction. People sitting in the blast area will soon be sweating, while people around them are still freezing. The armored metal walls are bare and un-insulated, so the entire vehicle is a motorized refrigerator regardless of the heater’s efforts… and of course that’s whether the heater even works in the first place.