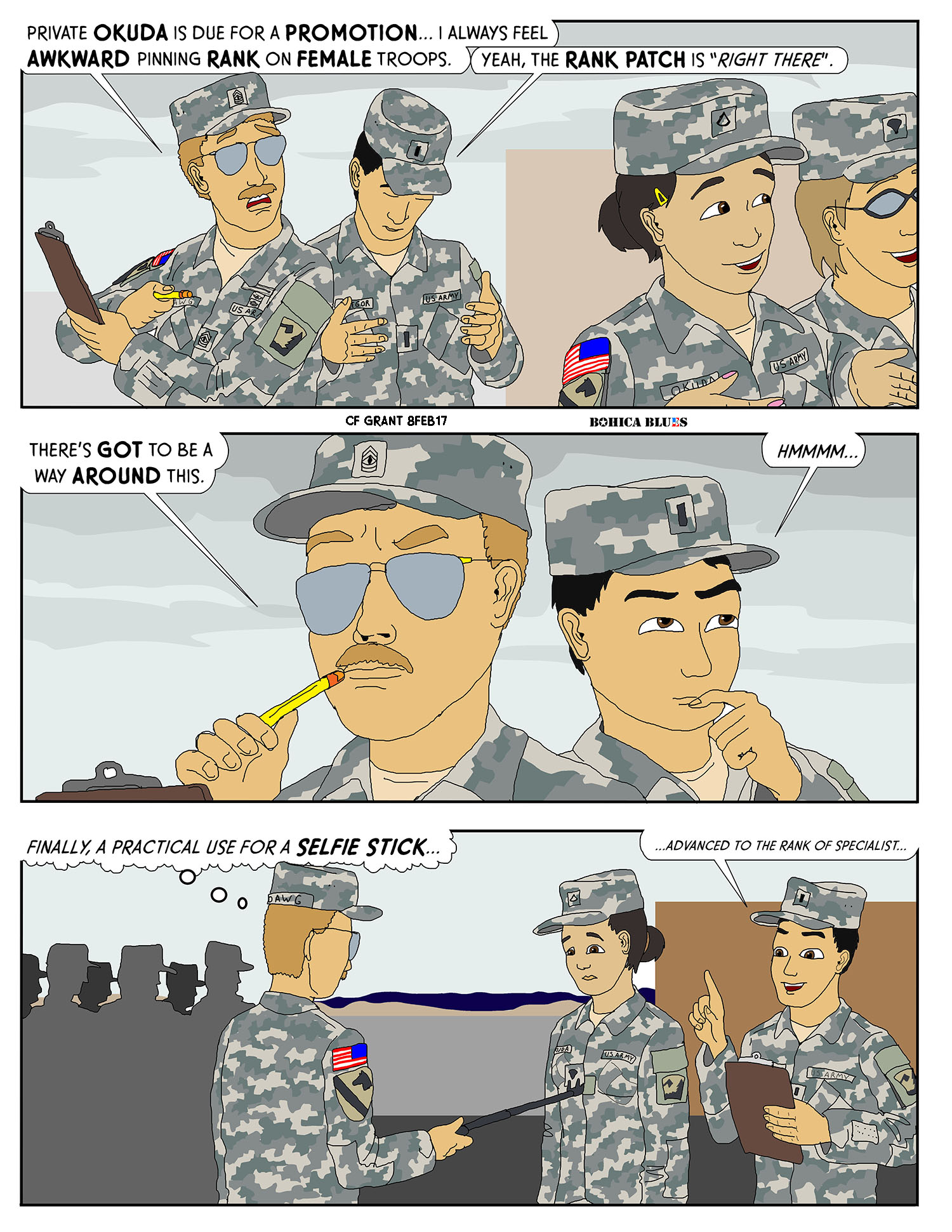 That’s something about the “new” (okay, it’s now 12 years old) design of the uniforms: the Velcro patch for the rank is right in the chest. While it does make it a bit awkward for promoting female troops, it’s actually problematic (in my opinion) when someone is wearing field gear and you can’t see who you’re dealing with. Of course, go back far enough to the end of the Vietnam era and most enlisted-level (non-officer) ranks were worn on the sleeves, in big patches anyone could see. By the late 1970’s to early 1980’s, the sleeve patches were replaced by little metal pins on the collar. Many soldiers opted for sew-on patches, but like the pins these were small, maybe a half inch or so wide and an inch tall.

Most rank now is on a square velcro patch in the center of the chest. On a uniform, that gets covered up by field gear once the tactical vest is put on, so another patch will be worn on the field gear– not that it always does a lot of good, since it may still be obscured by the various pouches and things clipped to the front.

Some new uniform shirts for wear with field armor now has velcro patches on the sleeves. They’re still small, inch-high type images, but it goes to show that sooner or later everything comes full circle one way or another.