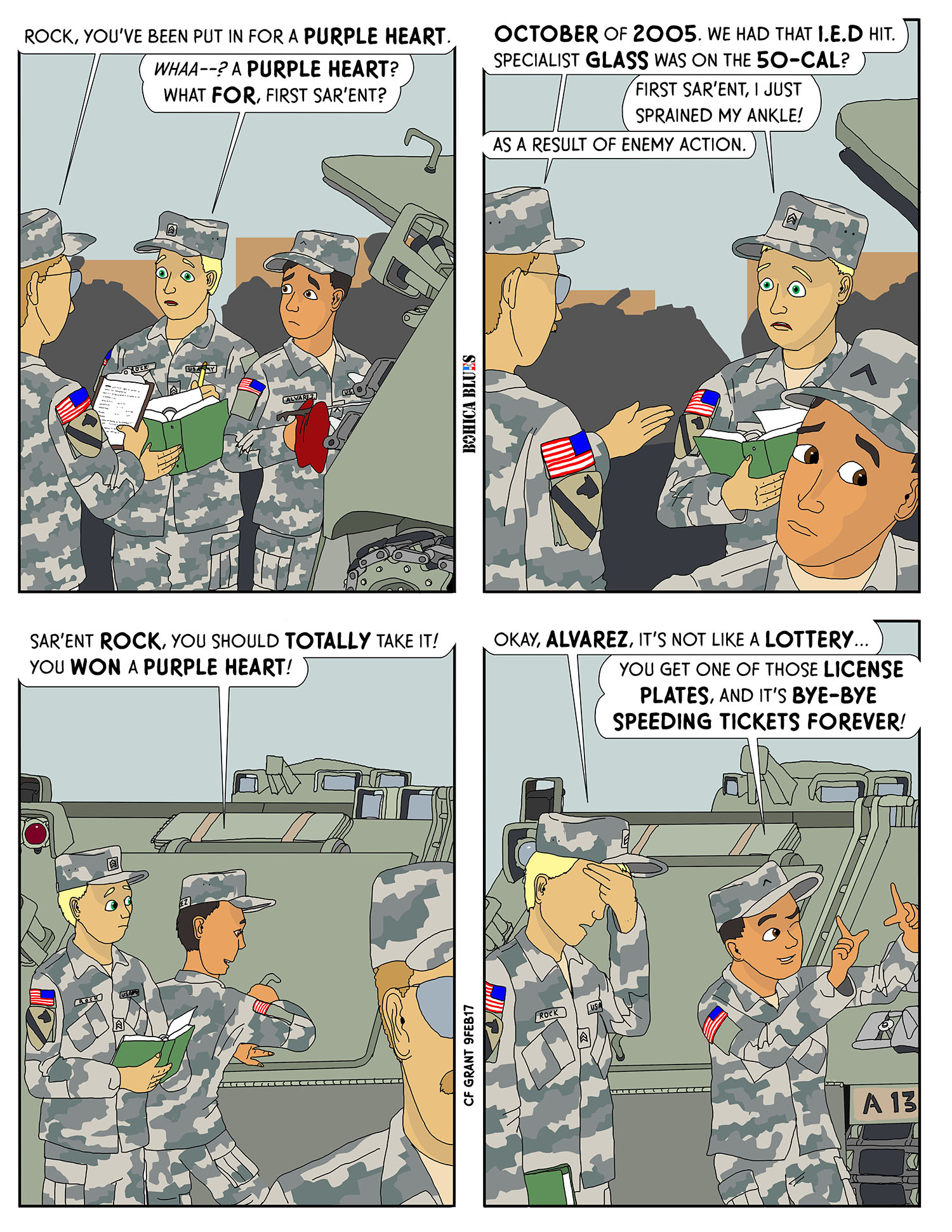 Now, when Sergeant Dawg got promoted to “First Sergeant”, he started doing the right thing– checking up on all the favorable personnel action that had gone neglected by the previous First Sergeant. He noticed that people had not been put in for awards, promotions, and schools that they earned or needed, and he tried to get caught up on that. He’s done a good job getting on top of what is needed; but now he’s started to get overly enthusiastic and trying too hard to get people awards, perhaps trying to build morale.

The “Purple Heart” is an award for someone who has sustained injuries in combat and survived. Getting a sprained ankle due to enemy action is really stretching the parameters and most personnel would probably feel pretty uncomfortable getting a Purple Heart for such a minor injury. Of course, there are some who would eagerly accept it, for any of a variety of reasons they feel justified for… but in this case Joe doesn’t feel that way. He’s going to try to find a way to get First Sergeant Dawg to maybe tone down his enthusiasm a little bit.

What Alvarez says is true– at least that you can get specialty license plates in Idaho that identify the recipient of a Purple Heart. They also have Medal of Honor license plates and Pearl Harbor Survivor plates as well (increasingly rare, as the years go by). As to whether or not a police officer will give you a free pass on a speeding ticket, well, that’s up to the officer.