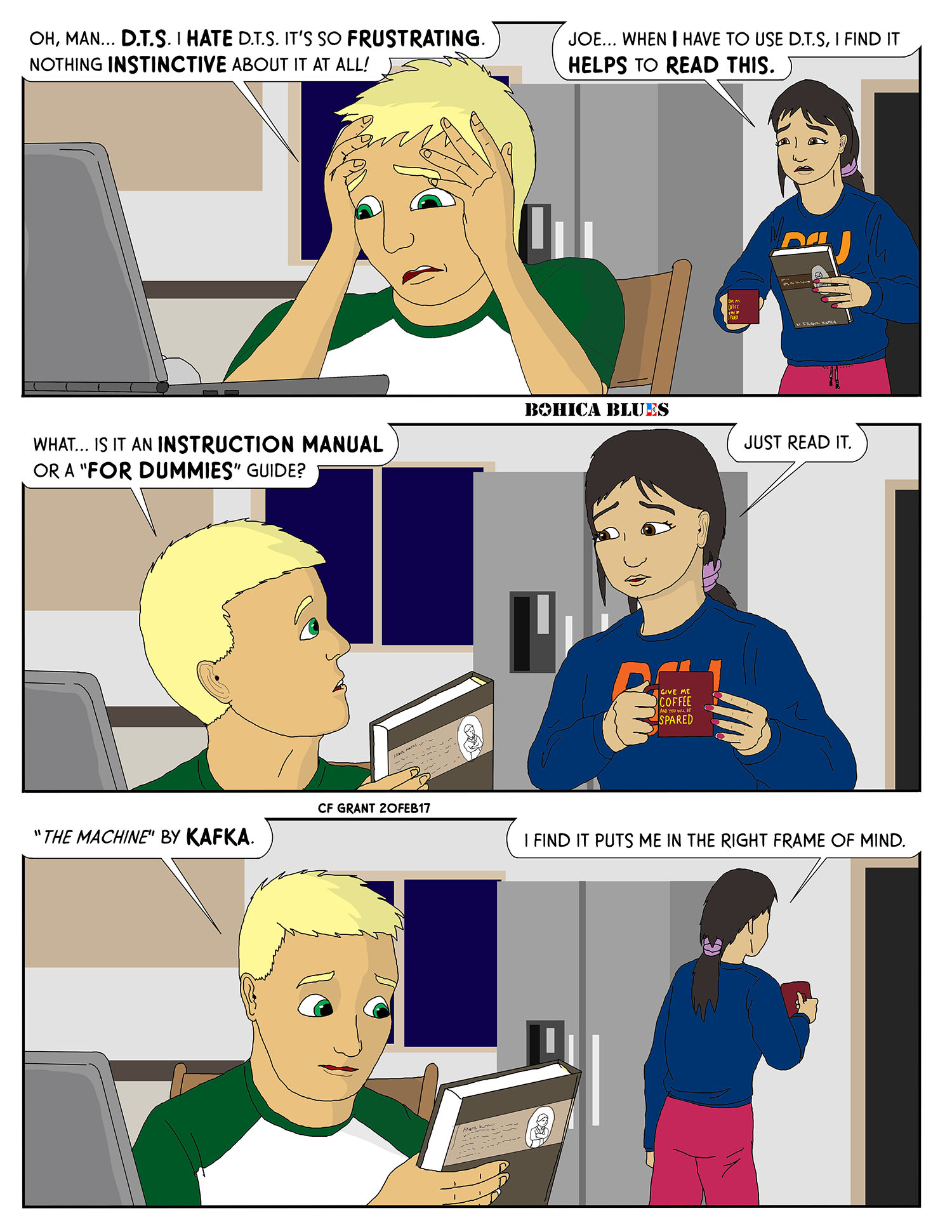 Defense Travel Services– the computer site mentioned earlier– is one of thise things I’d describe as “Kafkaesque” in nature. I hope there’s enough passing familiarity with the works of Franz Kafka for this to work. The term “Kafakesque” is used from time to time to describe confusing, pointless, frustrating, multi-layered bureaucracy. Probably Kafka’s most well-known short story is called “In the Penal Colony”, where a Condemned Man (the characters have no actual names, which is fitting) has been sentenced to death, and he is killed slowly in excruciating (and unnecessary) agony by a terrifying machine.

A lot of Kafka’s stories revolve around how helpless ordinary people are to large, faceless machine-like  bureaucracies, and even the low-level bureaucrats are typically victims themselves, caught as cogs in a machine they cannot control but are harnessed to. Higher up, of course, are the people who are insulated from the effects of these policies and machines, and are either unaware of the suffering they ride upon or take perverse glee in it.

Thus it feels like with many of the dull, mind-numbing processes and forms and paperwork and box-checking that people are required to go through to attain the simplest of things. Juni understands the need to get one’s head in the game, so to speak, so she reads up on a bit of Kafka and dives in. Joe is only now learning to appreciate that.

As far as I know, there is no one story in Kafka’s repertoire titled “The Machine”, but the machine in “In the Penal Colony” is relatively widespread in a lot of English classes at one time or another, and “the machine” is typically what people will remember. It would make a fitting title for a collection of Kafka’s works.

Odd how much humor revolves around frustration, and dealing with it. A universal touchstone, indeed.