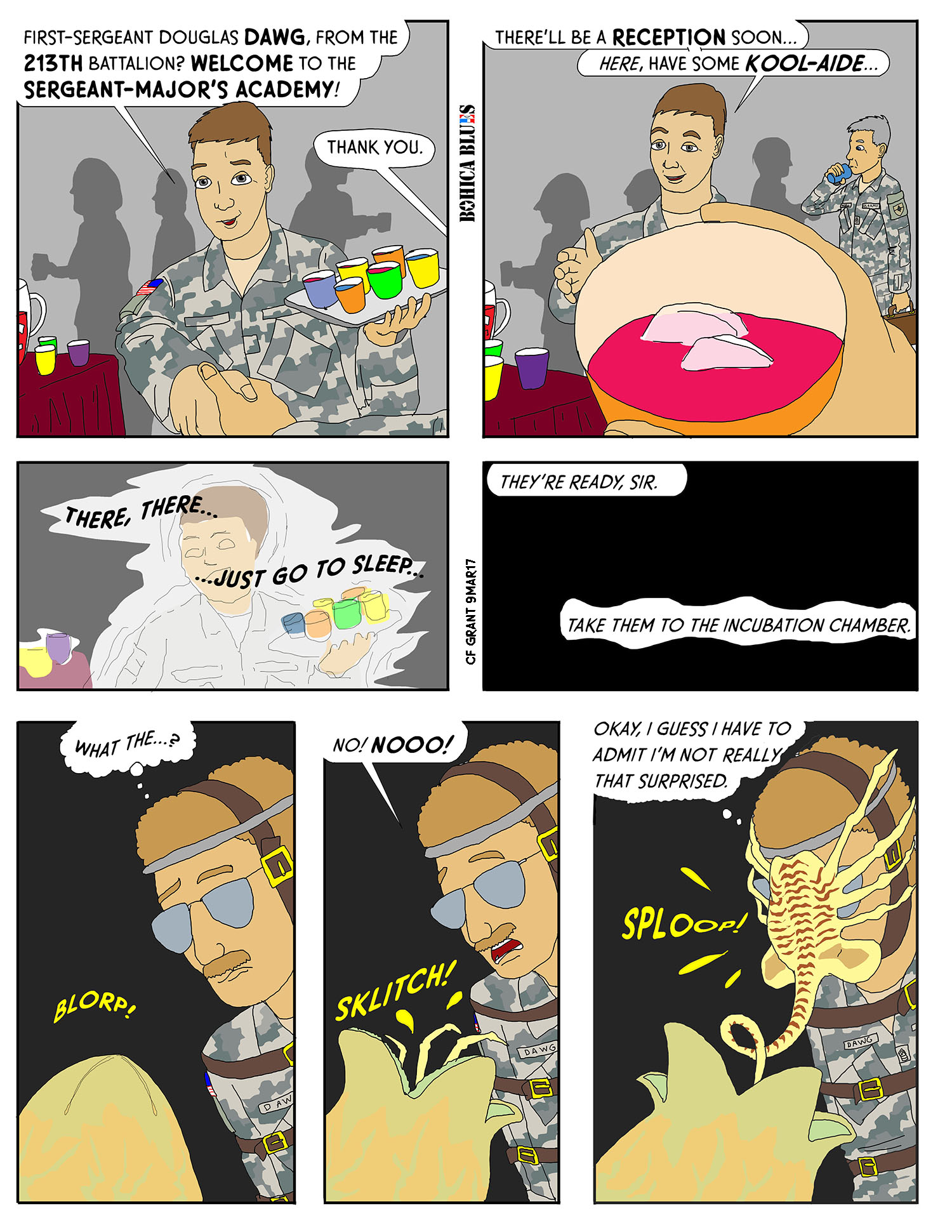 I swear there’s a place, a basement or something, perhaps an old Cold War bomb shelter, where they take perfectly reasonable Non-Commissioned Officers (NCOs) and and implant them with an alien pod creature of some sort so they turn into… well, something completely different, I swear. It starts with the Kool-Aide, as all things do. Well… okay, I’m just guessing about that part.

I suppose at the NCO academies, especially the Sergeant-Major level stuff, they start telling you about all the minute little rules that you’re supposed to know about and enforce, and that’s why Sergeants-Major are such… “sticklers for detail”, let’s say. Once informed, they can no longer claim ignorance, and thus the cycle begins. For awhile, both 1st Sergeant Dawg and Sergeant Rock are at different NCO academies, and we’ll see some of the things that go on there, and some of the people you meet. We’ll mostly focus on Joe Rock, but who knows, we may pop in on poor ol’ 1st Sergeant Dawg from time to time as well.

This reminds me, the new “Alien” movie is coming out soon, so I’m excited.