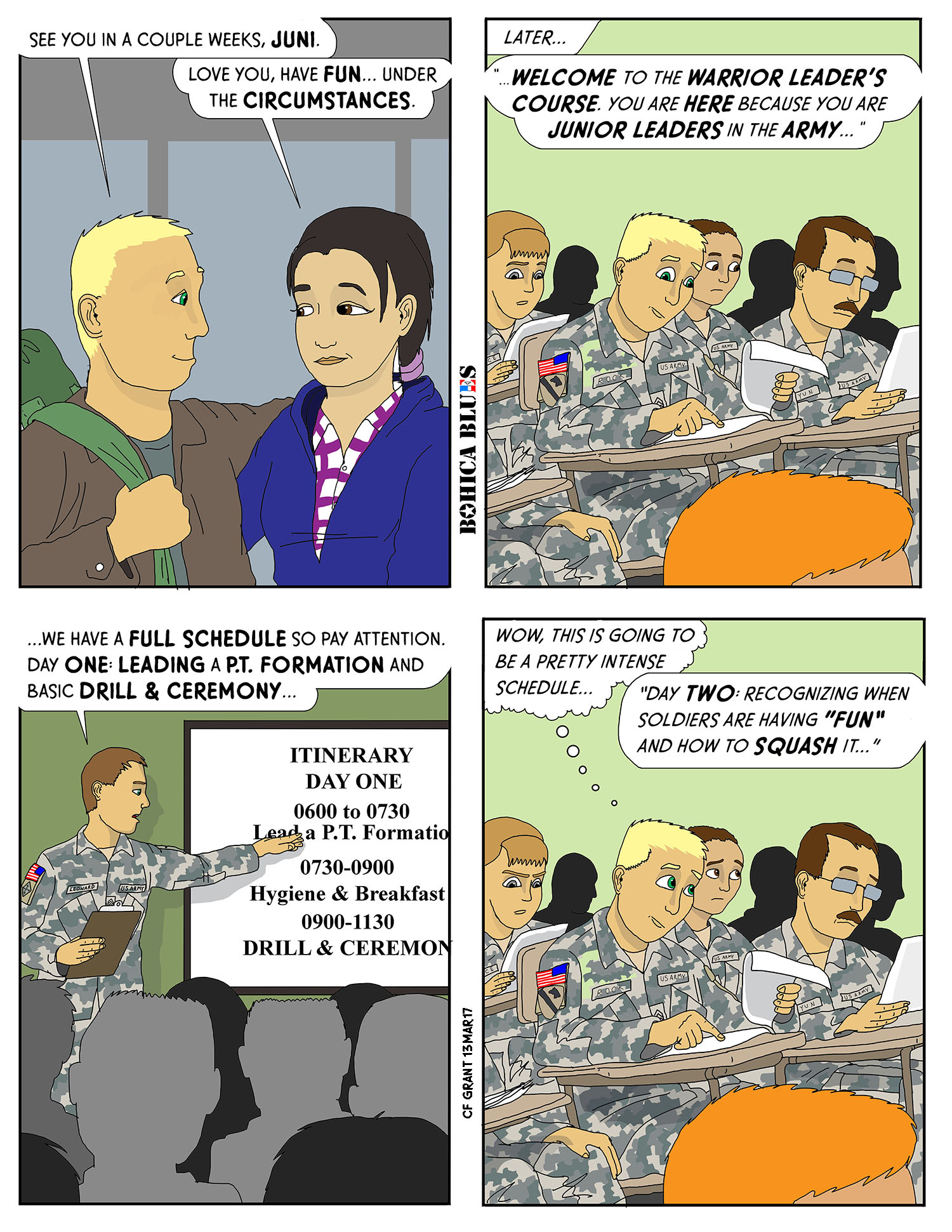 While 1st Sergeant Dawg is incubating at the Sergeant-Majors Academy, Joe goes to his Warrior Leader’s Course. For WLC, it is much shorter, just a couple of weeks instead of the months for the 1st Sergeant.

A lot of these courses are pretty intense, and they cram a lot of material into a short time. In a way the Reserve schools (which includes National Guard) are more fast-paced than the Active Duty schools, since the Active Duty version of the course typically was a month long, while Reservist soldiers and their employers, schools, and families are used to two-week absences. They cover much of the same amount of material, although there isn’t as much time to get into details and practice as exhaustively.

When I was in Active Duty, a had a couple of friends who attended these schools, back when they were called “Primary Leadership Development Course”. Usually on Active Duty you put in your daily scheduled training and then you are released, and for the most part it is like a regular job, although with crappy hours. Guys (it was all males in the Infantry) would go home to families or lounge in the barracks or go into town for the evening. But “PLDC” at the time was a month-long “residence course”, so even guys with families stayed on the academy grounds for the whole month. I don’t know if it is still that way for full time troops, but I suspect it probably is.