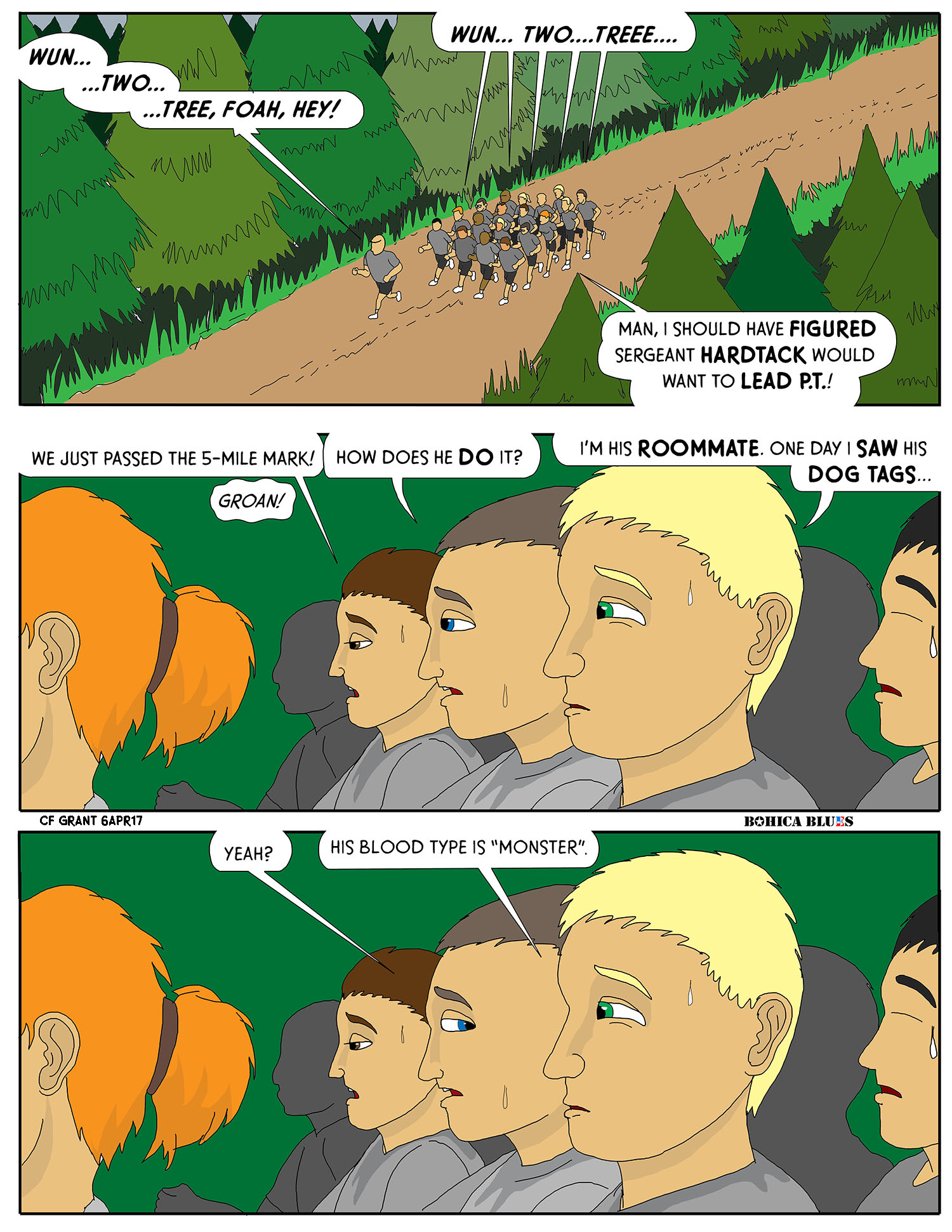 Sergeant Beef Hardtack is the PT monster; the big physical-fitness guy that is in every unit or Academy. The weird thing about a lot of these guys is that they almost always seem to be chugging “Monster” energy drinks– even though I’m convinced these things are made from concentrated battery acid. Of course, I’m the guy who is always chugging coffee, so I suppose I should not cast stones.

“Monster”, “Red Bull”, coffee, whatever– even though I love my caffeine I recognize that this delightful, nectar-of-the-gods beverage comes with problems. If you’re serious about working out and health, you’re probably better off going with mostly water… even though it is kind of dull.

But ol’ Beef Hardtack has his energy drink and a desire to excel, so he is eager to lead the PT formation when his turn comes. Every soldier at the Warrior Leader’s Course academy is obligated to lead at least one PT formation, and this is Hardtack’s time to shine since it plays to his strengths. And in truth, a morning run in the back roads of Fort Lewis, Washington (in the beautiful forests there) isn’t the worst way to do morning PT. In an actual Academy, the instructors probably would not let him lead troops on a never-ending run but the truth is, you know you’re in for a “treat” when the class PT Monster finally gets his chance to do his thing.