It’s What You Know 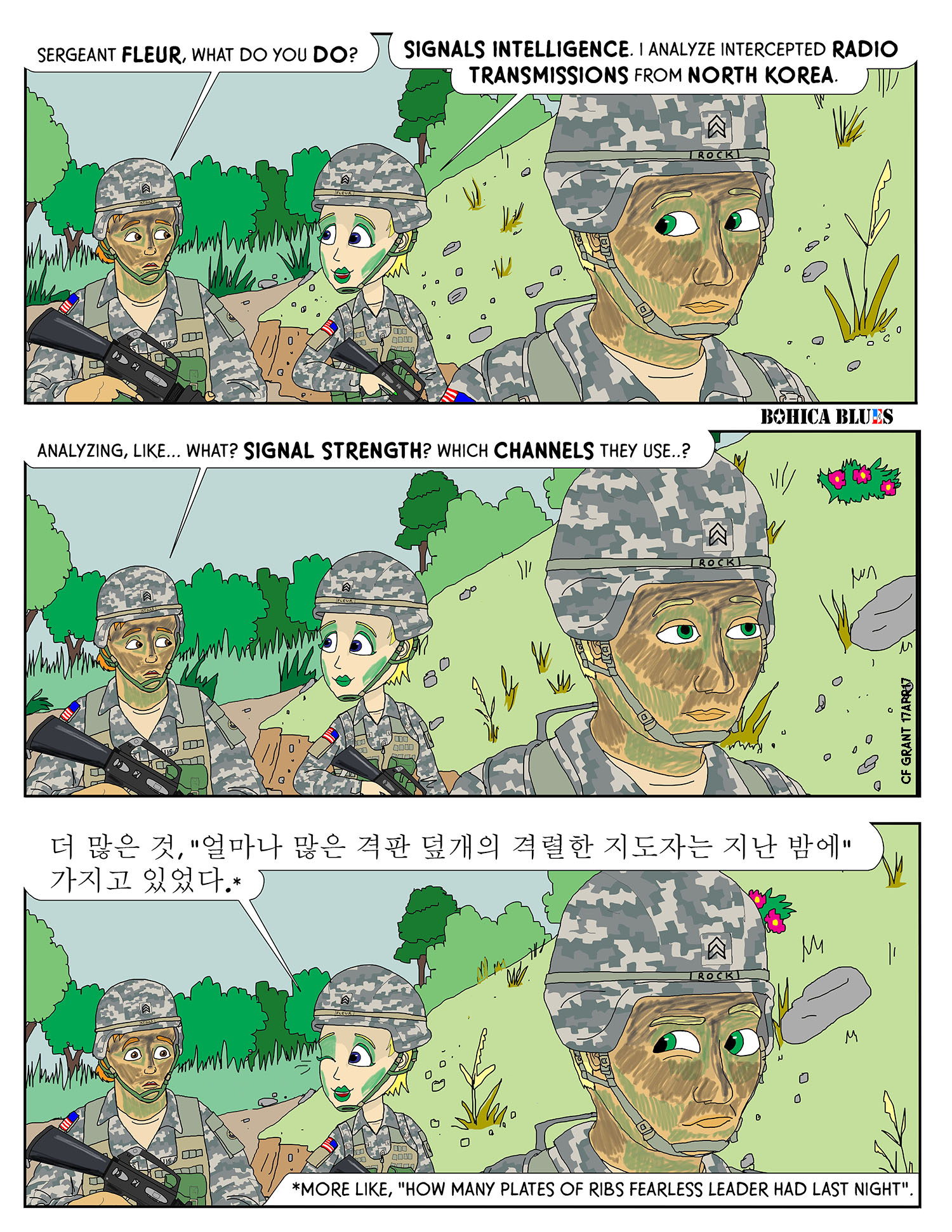 It’s What You Know

It is said that “the fox knows many things; the hedgehog knows one big thing”. I have met many people, especially in the Army, who are highly specialized in one particular duty to the point where they don’t seem to understand a lot of other common military duties and functions. Extremely specialized personnel are masters of their trade, but never truly internalized things like tactics, camouflage, or weapons maintenance– when you meet them outside their element you don’t understand how they got to where they are so sooner or later someone just breaks down and asks “what exactly is your function?” in some form or another.

Sergeant Barbara Fleur knows that people underestimate her because of her looks, which is one of the many strange  prejudices people have in society (of course, not that prejudices are expected to be logical, but…). The things she knows how to do is… speak Korean, which is something unexpected, so she waits for it to come up and then lets it be known what she does. She’s learned it’s good for a few laughs, especially since it is also easy to wedge in some sort of dig at the North Korean Kim clan for extra value.