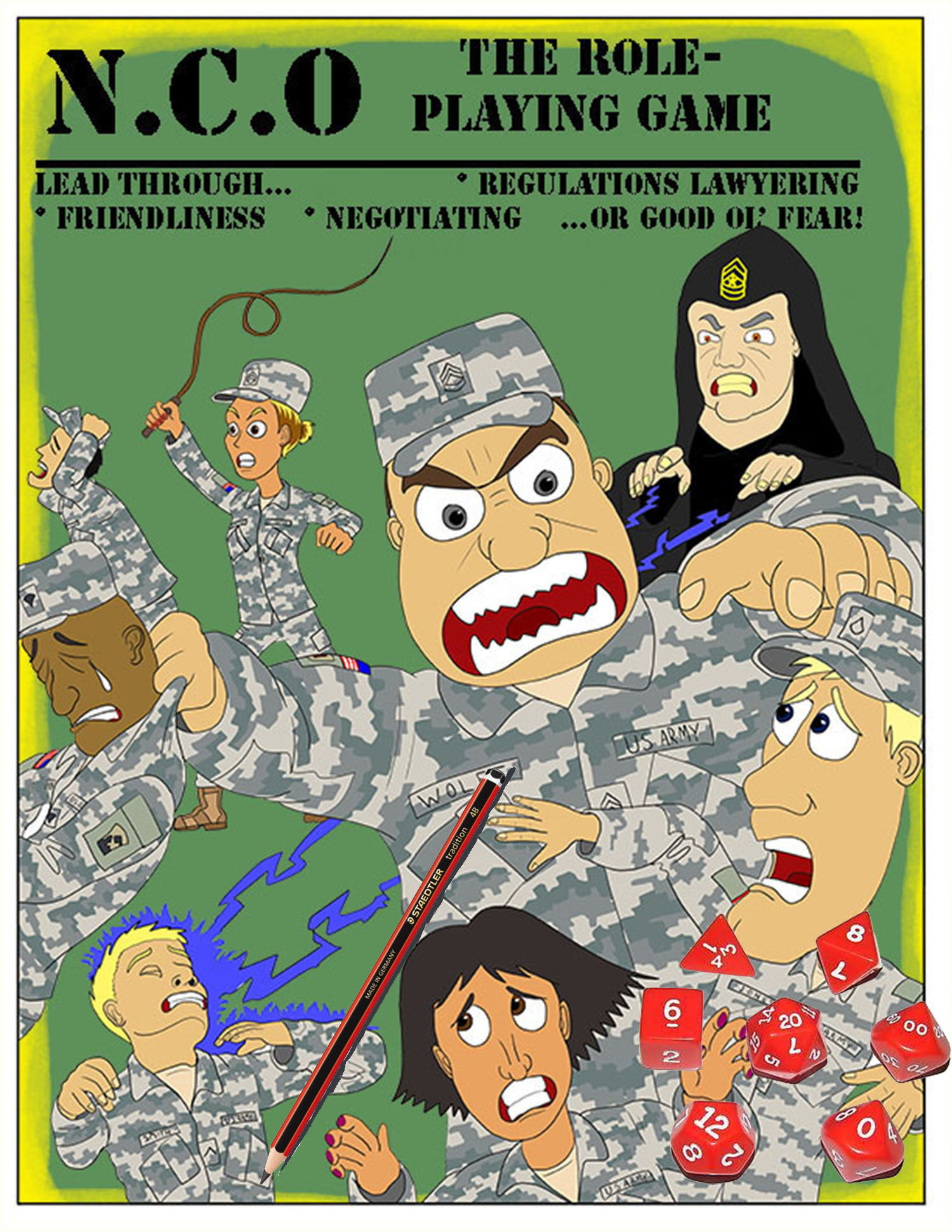 When you learn to become an NCO (Non-Commissioned Officer) for real, it’s as if you have to assume a role to play: an RPG, or Role-Playing Game. So Joe Rock is sort of “rolling up a character” that will become his leadership style.

This isn’t entirely an exaggeration, in a way they kind of tell us these things at NCO academies. You’re told about different “leadership styles” and how some of them “work” for some people and not for others, and that a junior leader may have to alter a leadership style over time to adapt to changing attitudes and other environmental factors (deployments, etc). The typical academy won’t openly advocate adopting a fake persona but your way of interacting with your troops will change, and it may be awkward.

Leadership styles run a gamut and there are whole branches of psychology devoted to it, and I’ve met people who led by all sorts of means, for better or worse. Friendliness can come across of motivating  camaraderie in the right hands, or pathetic pandering in the wrong ones. People who lead by quoting or lawyering the regulations can come across as knowledgeable or burdensome pedantics. And for those who have no other recourse, you can try to “lead” by fear and intimidation– the technical term is “the Martinet”.

Of course the cover of the NCO Role-Playing Game shows NCOs leading through fear and intimidation, but that is primarily because, while a bad leadership style to rely on, it sure is dramatic.