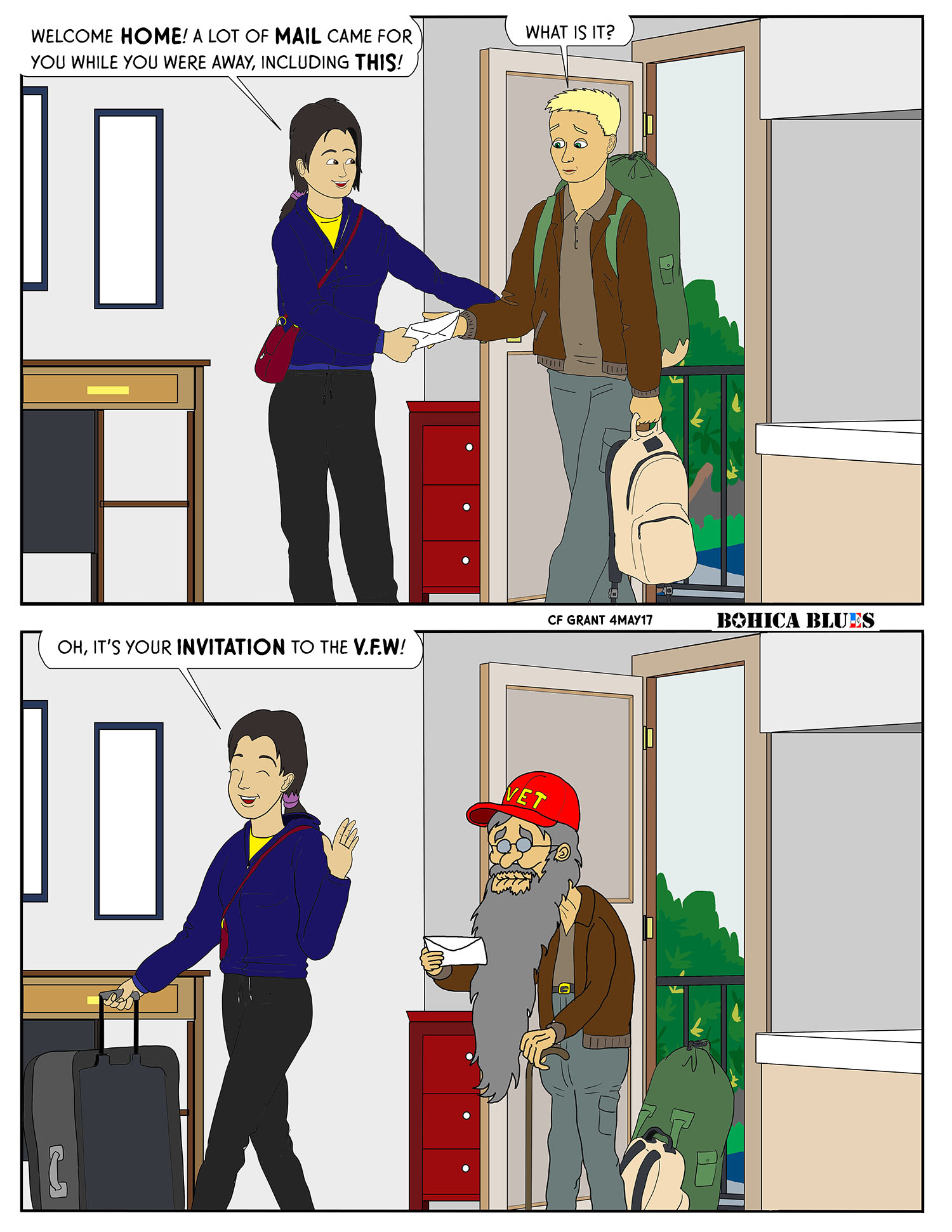 For some reason, when I found out I was accepted into the VFW –Veterans of Foreign Wars– I felt old. Was it because of the experience itself, and the things I’d seen or gone through? Or was it just the perception, somehow, in society that “veterans of foreign wars” in general meant a bunch of old guys from Vietnam and World War Two sitting around complaining about “kids these days” and how folks don’t understand? Who knows, maybe it’s a bit of both. It makes sense; I don’t believe that our perceptions or actions boil down to single “turning point” events but rather a collection of perceptions  that, taken together, pull us in one direction or another.

But “Veterans of Foreign Wars” were always old guys, and I came from an early point in the Iraq War– there wasn’t a large population of young veterans (yet). The closest we had was the 1991 Gulf War veterans and that was a small cadre of people to be sure. Certainly wedged in between the massive population of Vietnam vets and the eventual Iraq-Afghanistan vets, the Gulf War vets were like the VFW’s “lost generation”.

I am a member of the VFW now. The Veterans of Foreign Wars is a veteran’s organization that has done a lot for veterans over the years, and they are politically active. But despite being a member, I have my critical perceptions. The VFW (and another veterans’ organization, the American Legion) are concerned these days because they don’t seem to be resonating with the new generations of returning vets. This isn’t universal; some VFW halls are enjoying a surge in membership, while others fear they may have to close their doors. I am going to explore some of my perceptions and experiences for the next few comics.