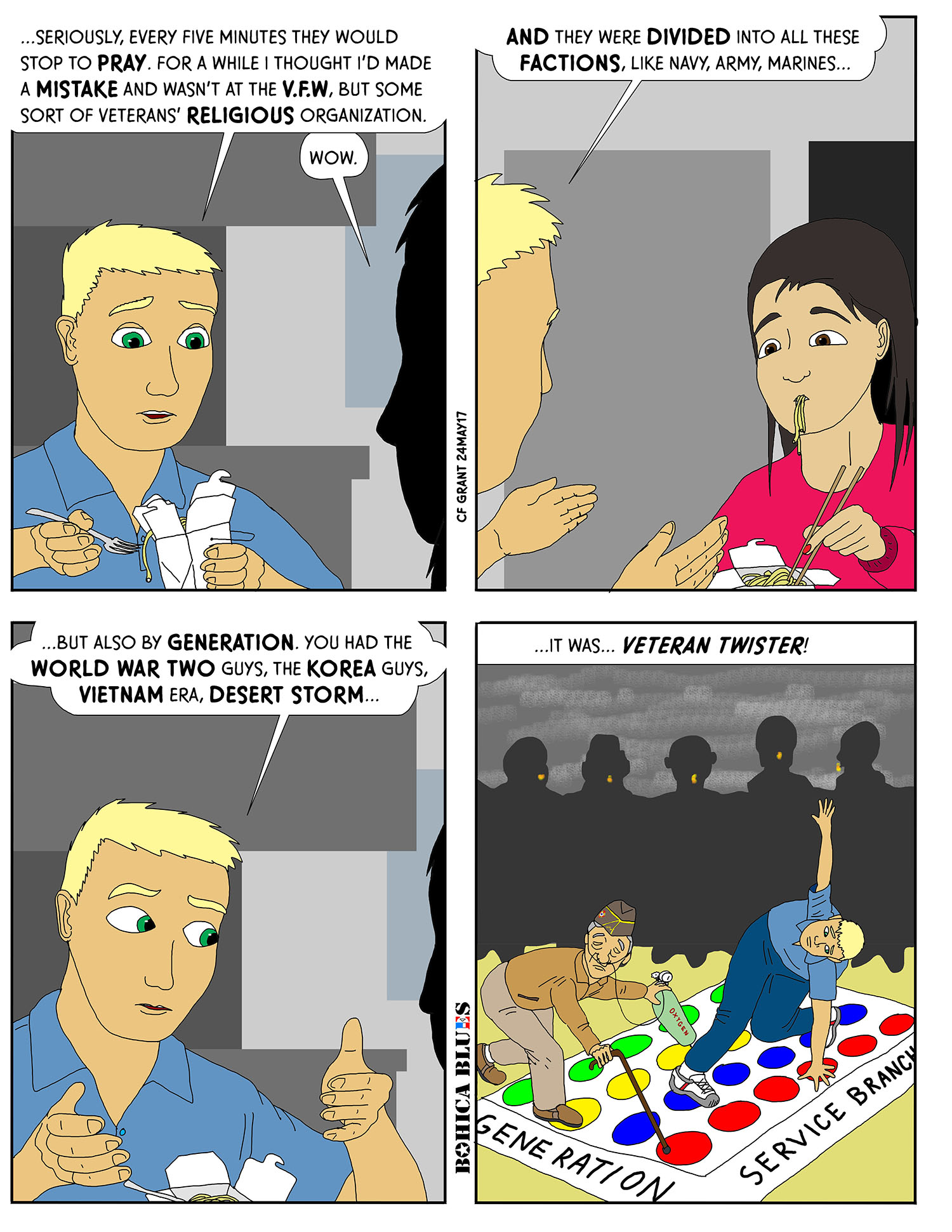 So, Joe goes back to the apartment he shares with Juni and tells her of his experience there. He finds it a tangle of various loyalties, where generally there are branches of service –Army, Navy, Air Force, Marines, Coast Guard– and these badges of identification are further split along generational lines, and so on. Sometimes an elder Marine who fought the Japanese in World War Two feels like he has more in common with an Army veteran from World War Two who fought in Europe, but then at another juncture he may feel more kinship with a fellow Marine vet who was in Vietnam.

Now, this isn’t the sort of thing that is unique to the Veterans of Foreign Wars or other veterans organizations– just about every group will have lines that divide along arbitrary points. A large corporation might have a few “old guard” who were there when the company was a start-up and they feel a certain kinship, but then there will be departments within the company –production, mail room, records, delivery, etc– that have more in common regardless of age. So these sorts of things play out across any group of people that have come together… and newcomers have to navigate the unseen barriers through trial and error.