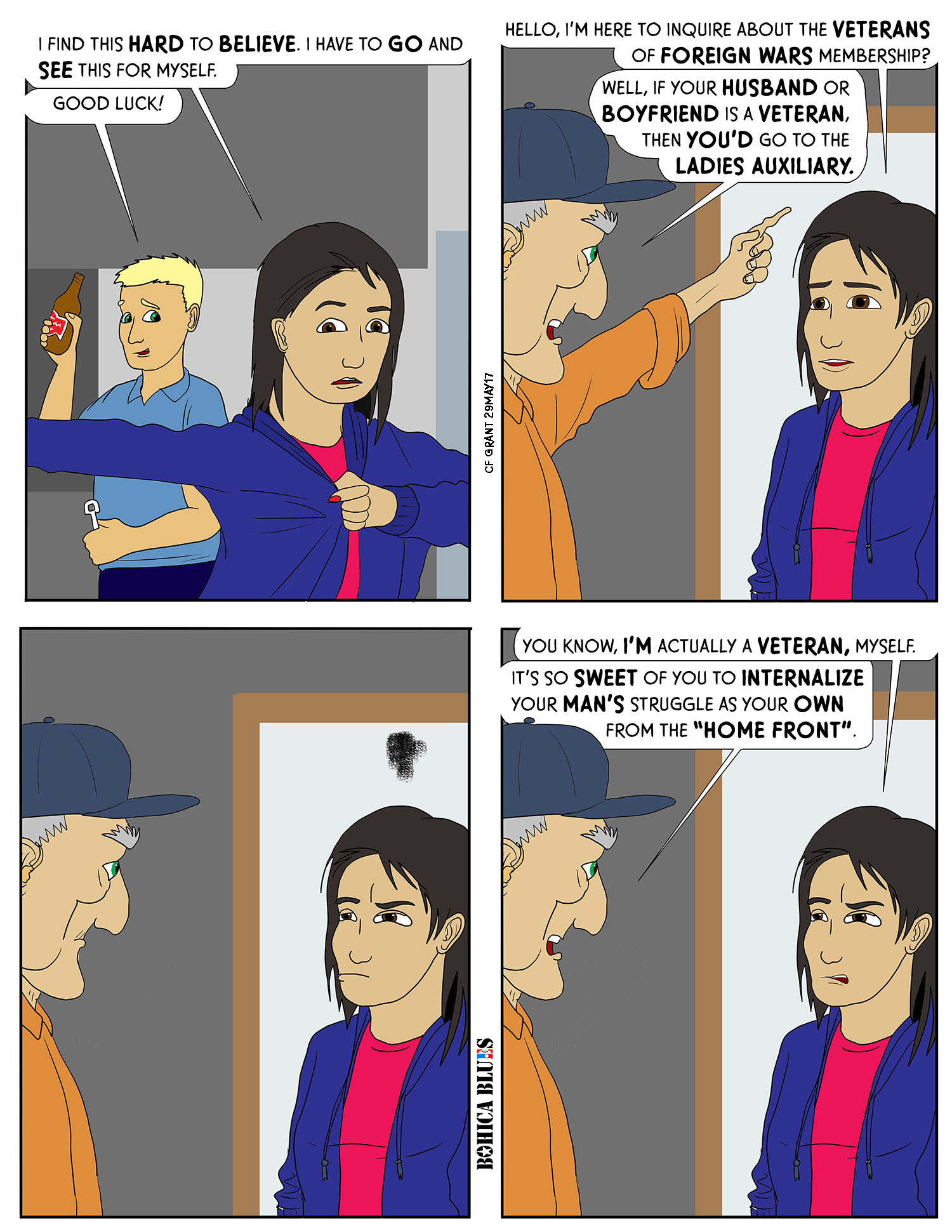 While I have no first hand experience with this, another complaint I heard about the VFW was that female veterans were approaching for membership, and met with some incomprehension about their status. It doesn’t help that Juni isn’t in the mood to be patronized today (or, really, any day). Being told to join the “Ladies’ Auxiliary” were apparently common. The Ladies Auxiliary is the support network of WAGs (Wives And Girlfriends) that support the veterans.

Now, again, I in no way want to throw shade on the VFW or the Auxiliary since these organizations do fine work. But the times they are a-changin’, and as the Veterans of Foreign Wars realize that there are a lot of women who now qualify for membership, so too will the “Auxiliary” have to realize that there are some gentlemen who stayed home and supported their wives as they deployed. It will be interesting to see the social shifts, especially now that the US military has started allowing females to participate in the Infantry.

Also, today is Memorial Day in the United States! Today we honor those who fell in service to their country. For some reason, as I plotted out my comics for the weeks ahead, I failed to take into account that I’d be posting on Memorial Day. There have been a number of people on social media reminding the world that, during the bar-be-cues and extended-weekend partying, they should remember the fallen. To an extent I agree, but I also say that if our fallen were still with us today, they’d want to have a good time, and enjoy life and play, and hoist a beer themselves. So drink one for our missing, and play *extra hard* on their behalf.