Where They’re Kept at the VFW Hall 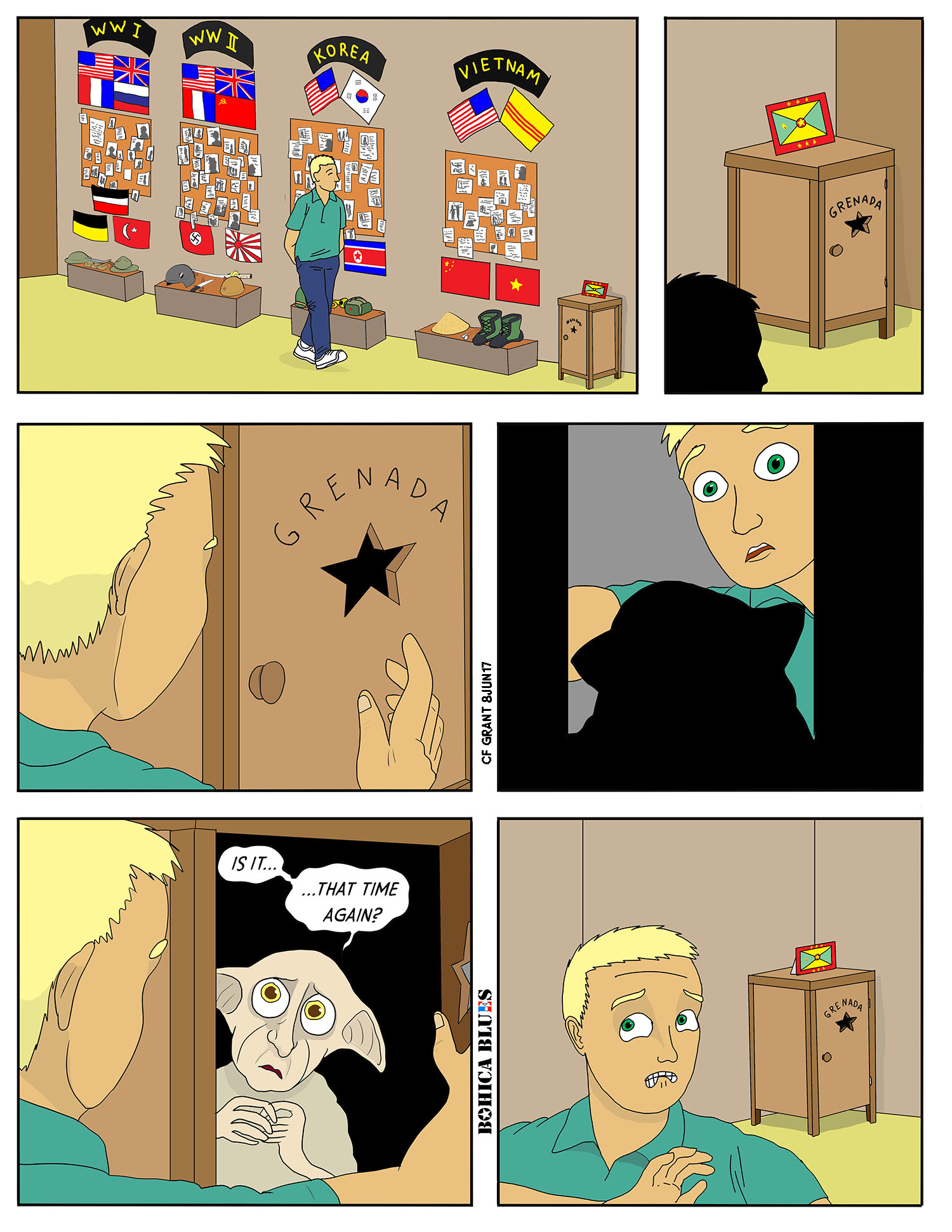 Where They’re Kept at the VFW Hall

So a lot of veteran’s halls –VFW (Veterans of Foreign Wars) and American Legion and any others– would probably have a sort of “heroes wall” or something where they keep mementos of members from the Post that served in various conflicts. The stories histories of World War One, World War Two, Korea, and Vietnam are pretty much the “big ones”, the pillars of history at these institutions. But over time, “small wars” have become the norm, it seems– interventions and insurrections and counter-insurgencies and limited “police actions” and so on.

As I mentioned before, Grenada is one of multitudes of “small wars” that would otherwise be insignificant but made a disproportionate impact at the time due to the historical circumstances it happened to fall into. I was originally going to have a sort of “King’s Court” of veterans with the single Grenada veteran acting as the “Court Jester” in a silly suit, dancing around and being asked to “tell us all another war story” for amusement. It seemed like it had potential but also would tale a lot of effort to set up, and this idea came to my mind– simpler, more straightforward, and easier to deliver.