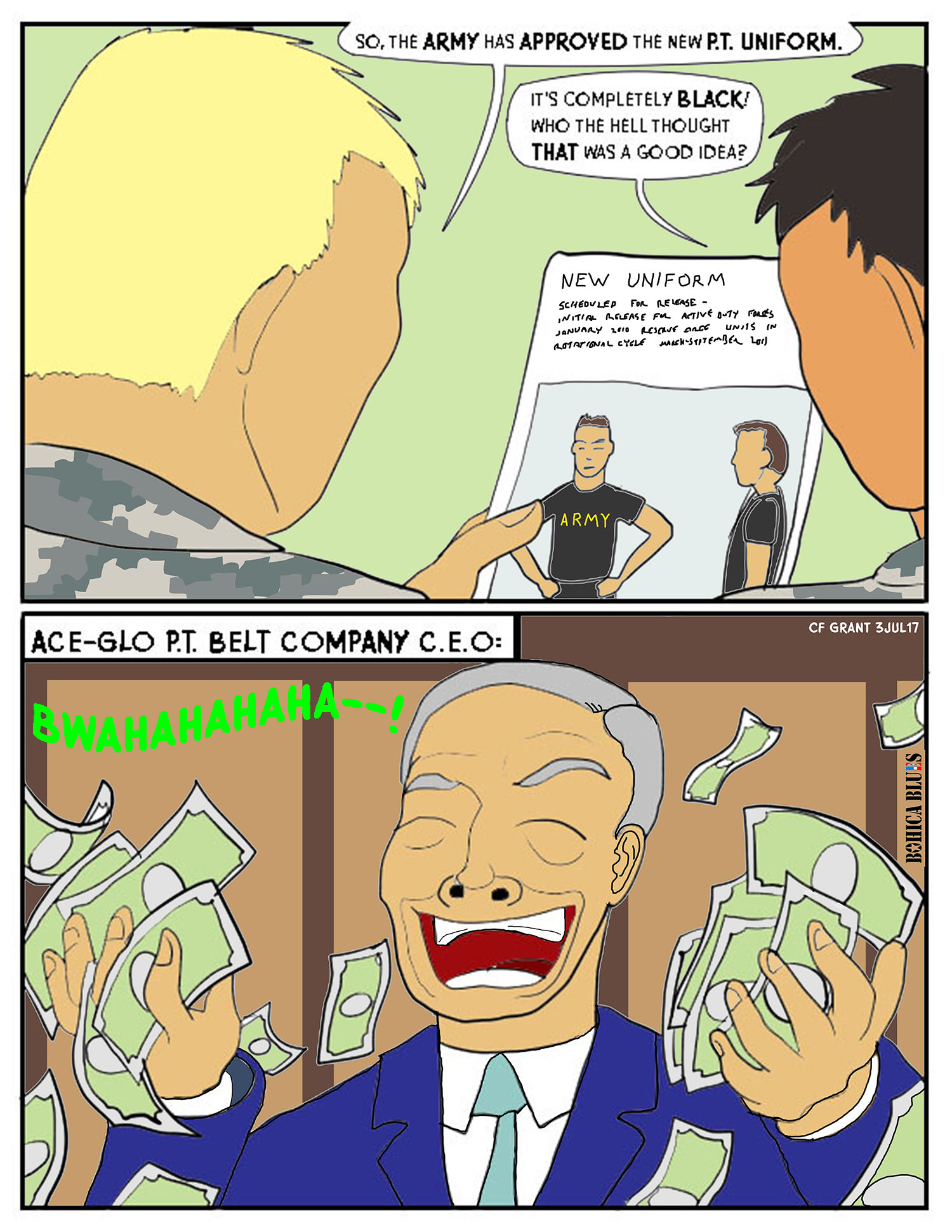 Anyone who spends any amount of time looking at military web comics will notice a theme that comes around a lot: the reflective P.T. or “physical training” belts. I’ve used them a lot and probably will continue to do so since they are such a common feature in a lot of daily military life. I think the only service that doesn’t get hung up on them much is the Navy, or at least those Navy crews who spend the bulk of their time in service as ship crew.

The basic idea behind the reflective belt is that military personnel wake up each morning and do at least an hour or so of physical fitness, usually in groups but sometimes individually. And a lot of that physical fitness involves running along roads on base for cardio fitness. Troops are hit by cars because people “didn’t see them” in the pre-dawn light, so a reflective belt is worn for safety.

That’s how it starts.It goes downhill from there.

So now the Army has come up with a new PT uniform, and it boggles my mind that the whole thing is basically black as night, almost as if it were designed by people who had a financial interest in selling reflective belts. If there’s anything the Army should comprehend it is “camouflage”, and they have now camouflaged their soldiers into becoming “invisible pedestrians”. Perhaps they felt that the black t-shit would mask unsightly sweat stains that used to develop on the old grey t-shirts after a morning of running, or perhaps they just thought it would look cool. There are yellow stripes on the new PT uniform, since I guess the Army’s colors used in marketing is black & gold, but why not black shorts with a gold t-shirt? Especially if that t-shirt was made from the moisture-wicking jersey-style material?

Someone would probably say “that’s too much money” but we’re going to spend a lot on reflective belts, and besides, an organization that wasted millions on a failed 10-year experiment with digital camouflage uniforms that don’t blend in with anything is in a poor position to suddenly wail about clothing costs.