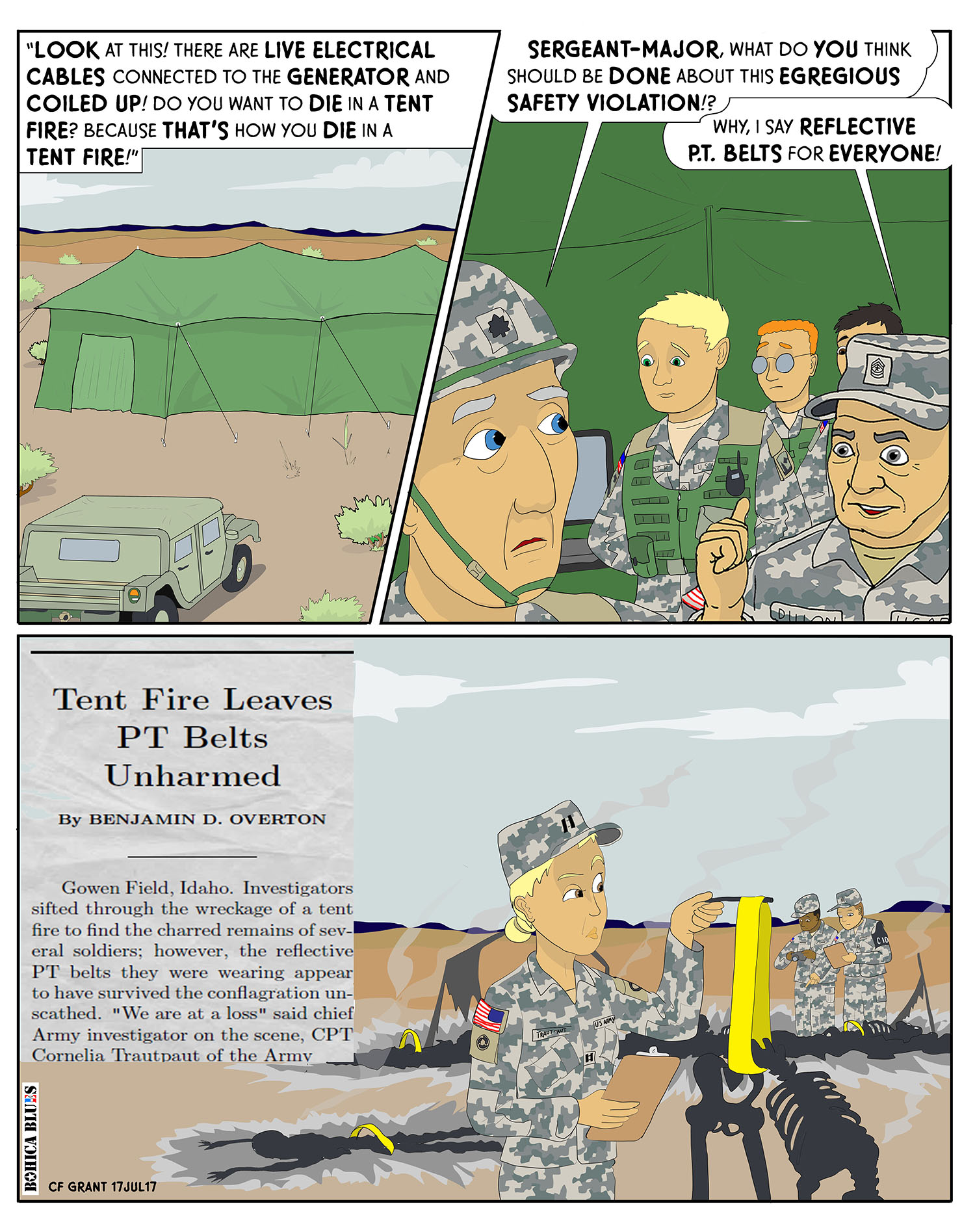 A few months ago one of the senior sergeants in my company gave a class. It was about using generators downrange, how the Army is using all diesel generators now but there are still some old gasoline generators left, how to run them properly, safely, and so on.

One part of the class also involved the electricity that the generators made. Once cords are run into a tent in the field, most commanders want them coiled up. These not only keeps things looking neat and orderly, but also prevents wires from snaking all over the floor and creating a trip & fall hazard.

The problem with this is that, apparently, electricity in the coiled wires creates a lot of excess heat, and the electricity sort of builds up a bigger charge then if the cables were laid out flat, and wires can melt. This of course leads to exposed sparks, and in a dry environment with a canvas tent nearby, you can get a tent fire.

Most of the time we don’t deploy to the field with tents, but on some occasions we do, depending on the type of training we face that weekend. Tents and generators are rare luxuries but also require a lot of set-up which sort of offsets their comfort factor. But this lack of experience frequently leads to being unfamiliar with the safety standards– and we all know what a Sergeant-Major will do when faced with a safety violation! PT Belts for everyone!

It’s almost as if PT Belts were expected to be magic talismans to ward away harm; if that’s the case, I’m sure the belts themselves will be just fine.