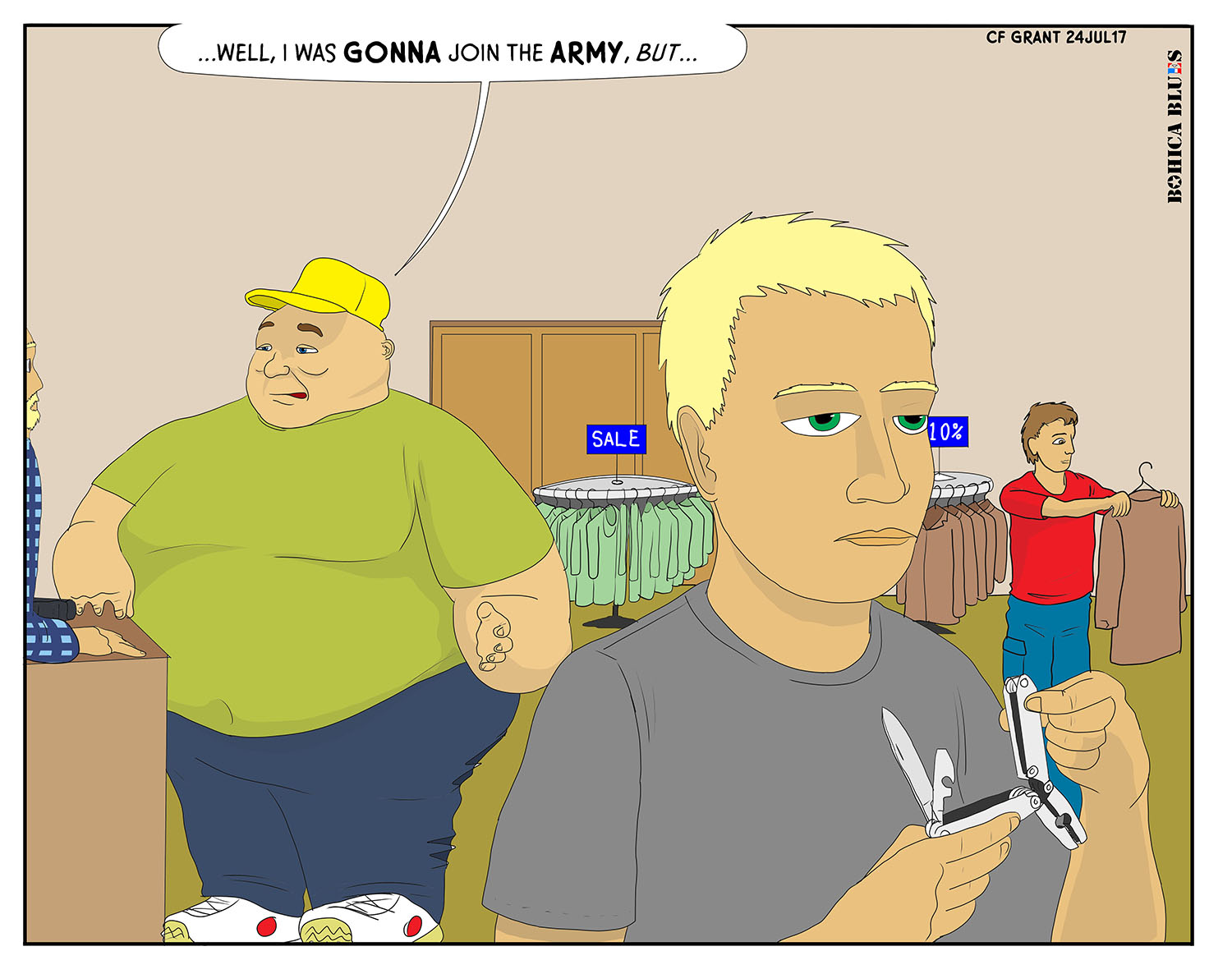 You here this a lot in all sorts of services. “I was going to join the Army/Marines/etc, but…”

It’s not a matter of being out of shape (as the comic may initially imply). I was pretty chunky when I went into the Army. In fact, I showed up at the reception station and had to go into a remedial fitness group before I could continue on to Basic Training. The point isn’t fitness, but a willingness to try. A lot of people “thought about” doing something challenging but at the last minute, blinked.

But you want to know what the funny thing is about the military, which at the moment is considered one of the pinnacles of challenge in our society? Unless you have certain medical conditions, anyone can do it. Seriously– you just have to be willing to try. They are used to having all sorts of people show up at their doorsteps at many different levels of fitness, just ready to try. And the real “punchline” beyond that? It doesn’t even have to be the military– the willingness to get up and do something is universal. Write that book. Climb that mountain. Run that marathon. Get that degree. I know people in wheelchairs who showed more courage and fortitude than able-bodied people who were going to strive for something one day, but just couldn’t muster the gumption.

Because we all meet those people who say “I used to be…” but at least they once tried. But when someone says “I wanted to to…” –unless there’s a medical reason precluding them– then there’s someone who will probably go to their final days with regret weighing heavily on their shoulders.