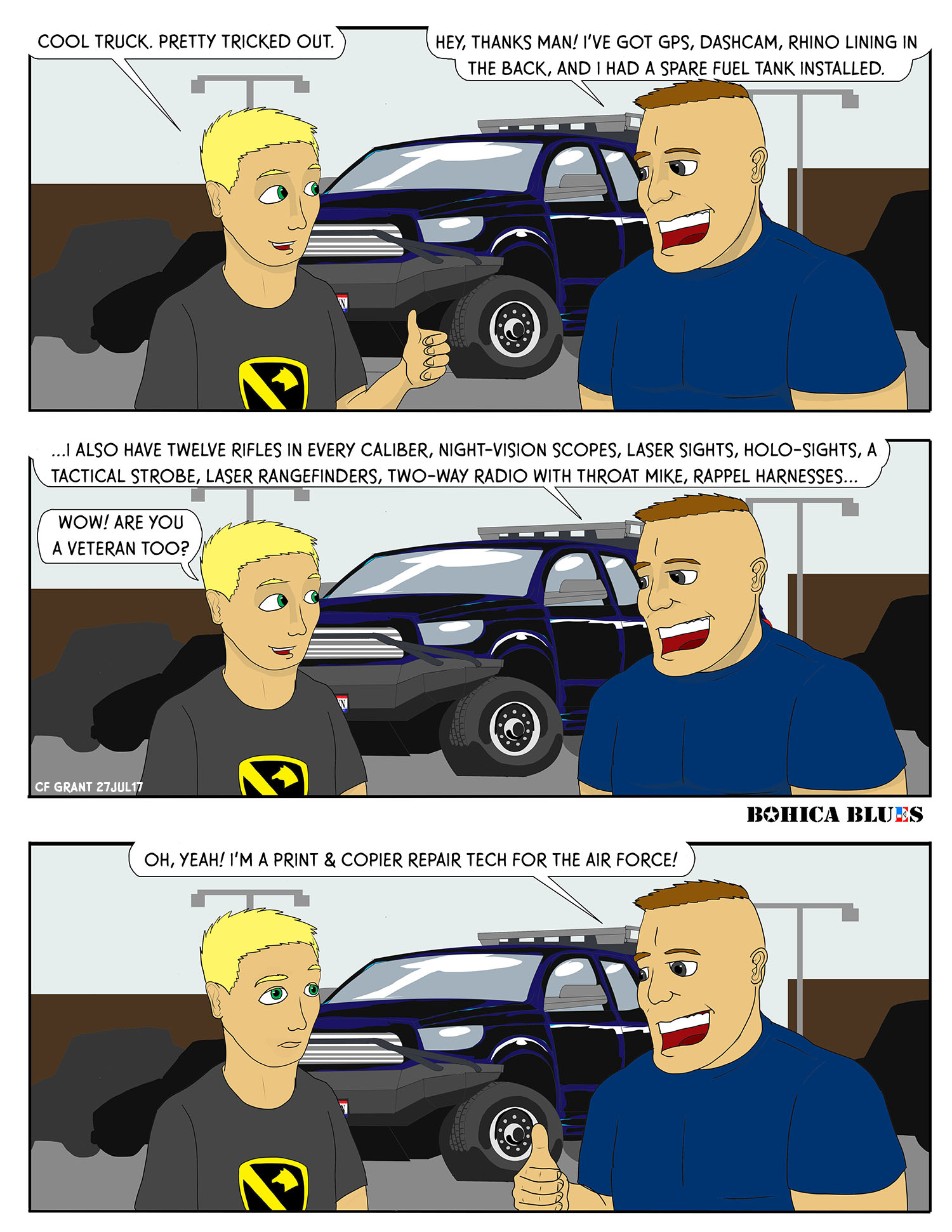 A lot of people join the military and they really enjoy that world. The gear and adventure is intoxicating. You get to use things that are rare or even unheard of in the civilian world, and many veterans will go out and buy copies of the stuff on the civilian market. In some cases, many people feel that civilian gear is even better than the military stuff (I noticed this with GPS units) or at least much more user-friendly.

I’ve met countless veterans who have purchased for themselves, at no small cost, copies of nearly all their military gear. Sometimes things are different, such as a camouflage system or radio that the veterans feels is superior to the military-issued gear, or sometimes the veteran will go out and buy the exact same thing. In a way I understand this, since you get used to the way certain gear performs and you grow to trust it, even rely on it, so you want to use it for your “real world” adventures. Using equipment you are already familiar with makes good sense.

But sometimes, and this is just a judgment call on my part, I wonder if some folks don’t go a bit overboard. I’ve purchased uniforms and boots, and I know what to look for in packs and carry belts if I wanted for hiking, but I have not gone out and bought helmets or body armor– which some people do. Buying tons of expensive, high-tech (and many times unnecessary) gear just for the sake of having it is sometimes referred to as “tacticool”, or having tactical items mostly because they look cool. But the funniest thing about these self-supplying veterans that always seems to be constant is that many of the guys buying the most high-speed and expensive gear aren’t the combat arms guys, but the people that work really low-stress administrative positions in their military job.

Admittedly I like to talk to these guys since sometimes they have insight on different types of expensive gear and I can learn about something that might, actually, be useful for me; likewise I might learn about some item that is overhyped and overpriced that I can stay away from. So I don’t have a negative opinion of people who do this, I just find it kind of odd. If anything, I’m jealous of the insane amount of disposable income they seem to have.