When Work Defines Your (un)Life 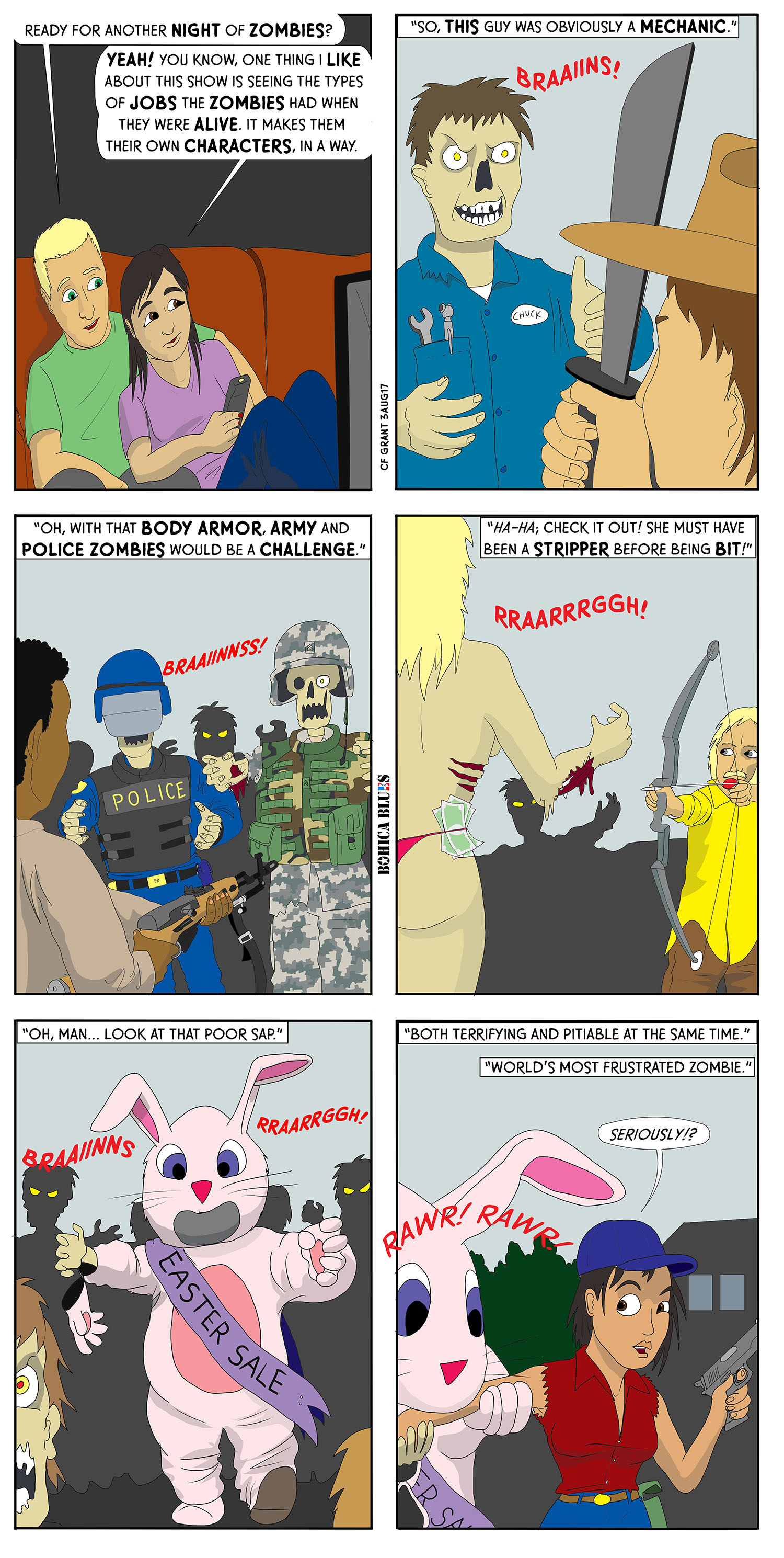 When Work Defines Your (un)Life

A lot of people like to think about zombie survival; and that’s especially so among military personnel. In many zombie shows, whether TV or movie, you see many zombies wandering about dressed in the remnants of their previous life’s occupation. Briefly in Zombieland and Resident Evil II we see zombiefied strippers; and of course zombified police and military personnel are always a tough nut to crack. Who you were, what you were doing, and what you were wearing when bit by a zombie will determine what you drag with you into the next phase of existence.

Of all the different jobs I’ve seen represented in zombie shows, one I always thought would be fascinating to see would be people that had to wear ridiculous, over-the-top costumes or perhaps makeup and costumes for science fiction or fantasy actors (ironically, even actors for zombie movies). In any large town there are also dozens of people in costumes performing advertising on street corners at any given moment. Imagine the Disney, or other theme park, actors with big fiberglass heads and goofy, cheerful costumes, now blood-stained, waddling through streets hunting for people to chow down on… and eternally unable to get their chomp on because the playful heads they wear are forever between their teeth and their goal.