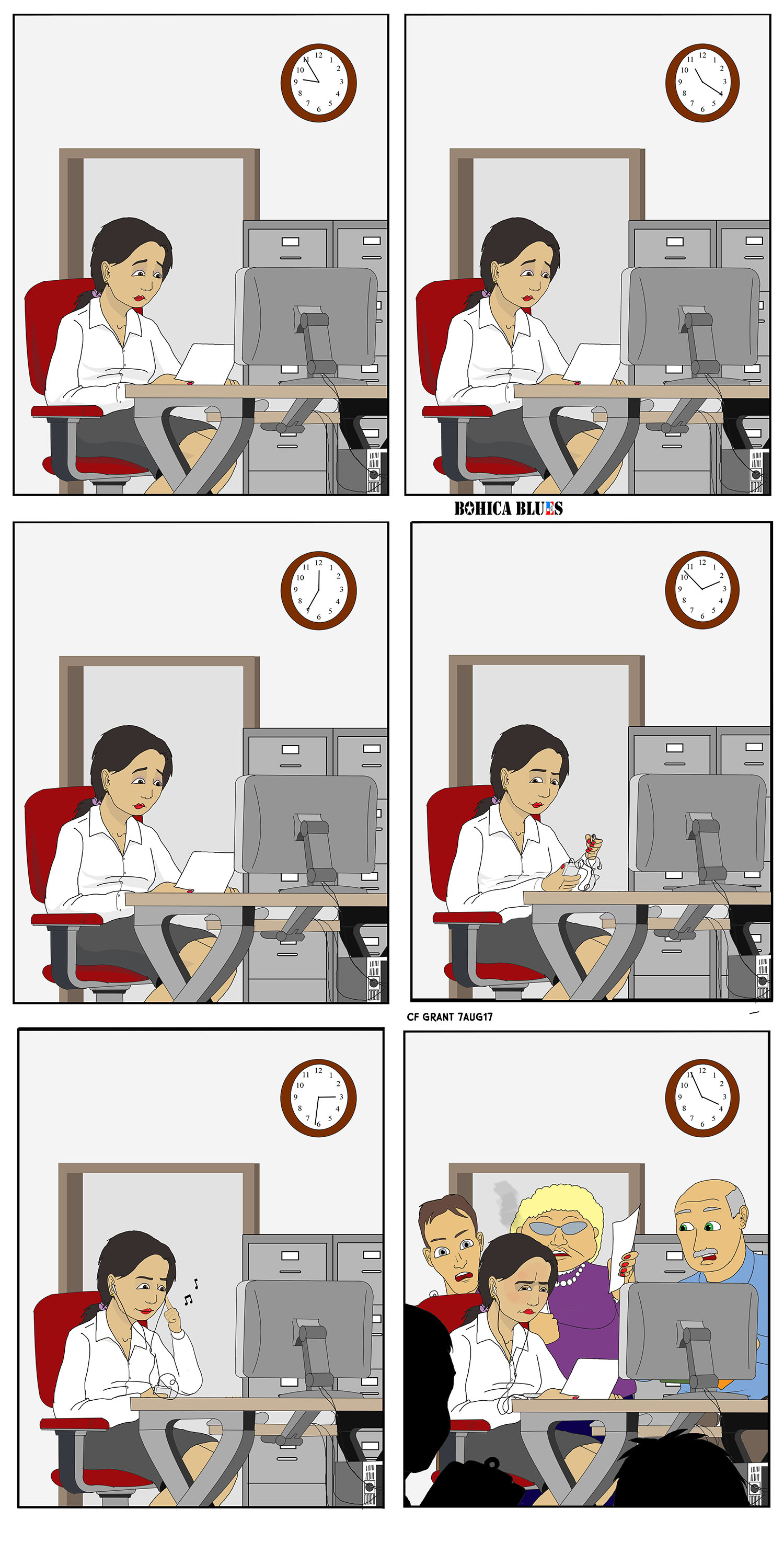 So much humor is based on frustration. Seems strange, but there it is. I don’t know how many times this has happened to me– I work in an office, the records section of an office to be exact, so there’s not much traffic and I don’t have to deal with the general public. This is exactly the way I like it, to be honest. But I still have to deal with the other workers that need access to records every so often, or supervisors who have been visited by the Good Idea Fairy in the last half hour or so.

But I swear, I can be sitting in that room for six hours straight, in utter silence and with nothing but the electric hum of the overhead lights as a background noise… but the moment I put in my earbuds for some music, suddenly, everyone and their dog bum-rushes the Records room to start talking to me. It could be anything– actual needs for records, someone who worked there for thirty years suddenly stopping by to ask me where the drinking fountain is, people that are bored and want to chit-chat, anything.

I wonder if somewhere in my office there is a webcam or something so that people know when I am preparing to tune out the world so they can come by and talk.