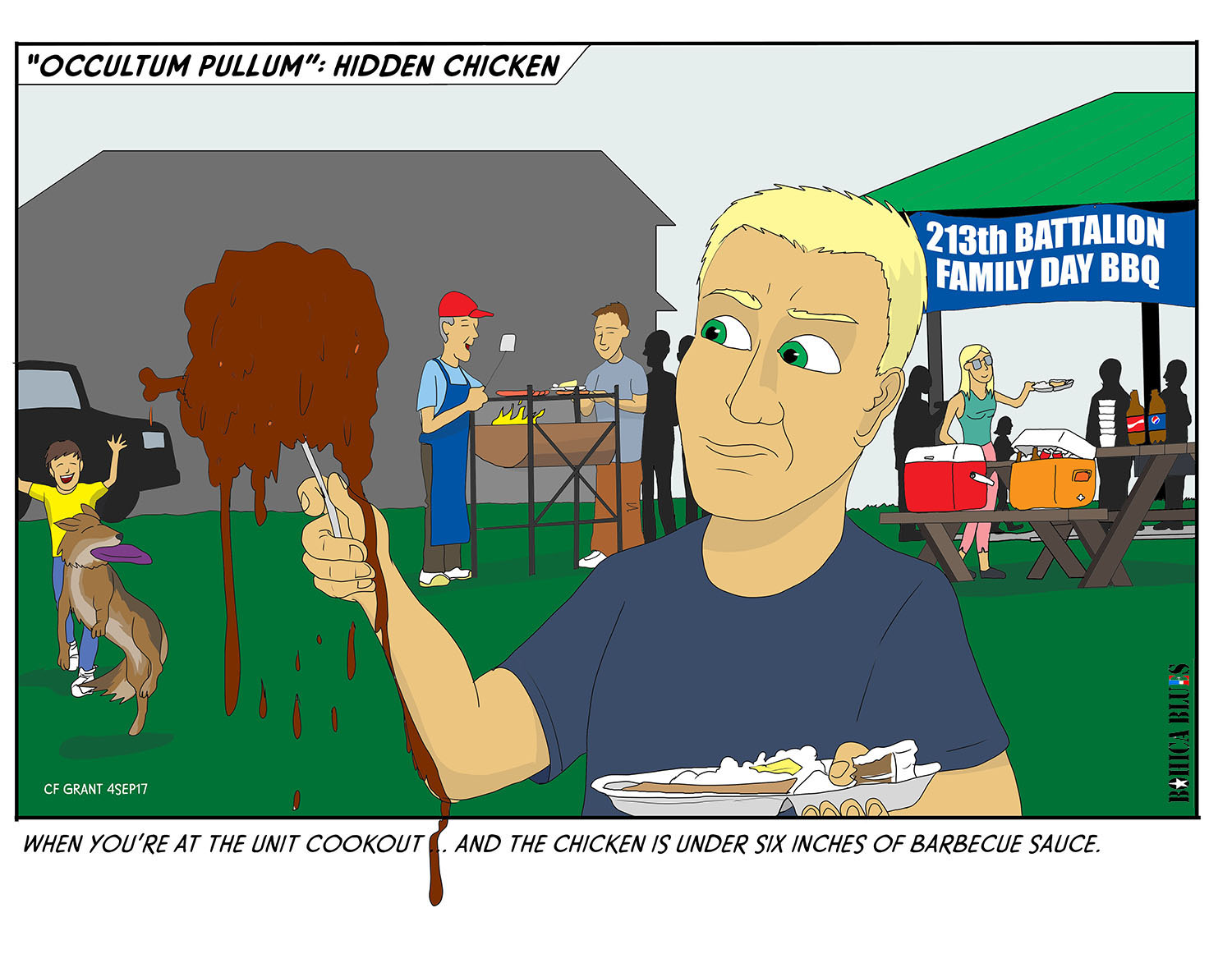 “Occultum Pullum”– Latin for “Hidden Chicken”; not a Hogwarts spell for conjuring a Colonel’s Bucket.

I don’t know what it is about barbecue sauce, but it seems like some people see it and just want to lacquer everything in it. And to top it off, once you scrape away the layer of indescribable flavor sludge, the chicken (or beef or whatever) inside is rarely cooked all the way through. Was the sauce an insulating layer, like a heat shield? What is in that sauce that ensured it wasn’t ablated away by the heat? Or was it that the heat itself that was insufficient to pierce the armor?

Why does the same guy keep doing the cookout each yer when it seems… he doesn’t really know how to do this very well? Oh, yeah– he’s the guy that owns the grill.

There are probably a few lucky units out there that are fortunate enough to have a real barbecue chef worthy of the name among them; someone who would leave Gordon Ramsay speechless, unable to muster any witty criticisms. If so, cherish that person.