“The Internet…a Series of Tubes…” 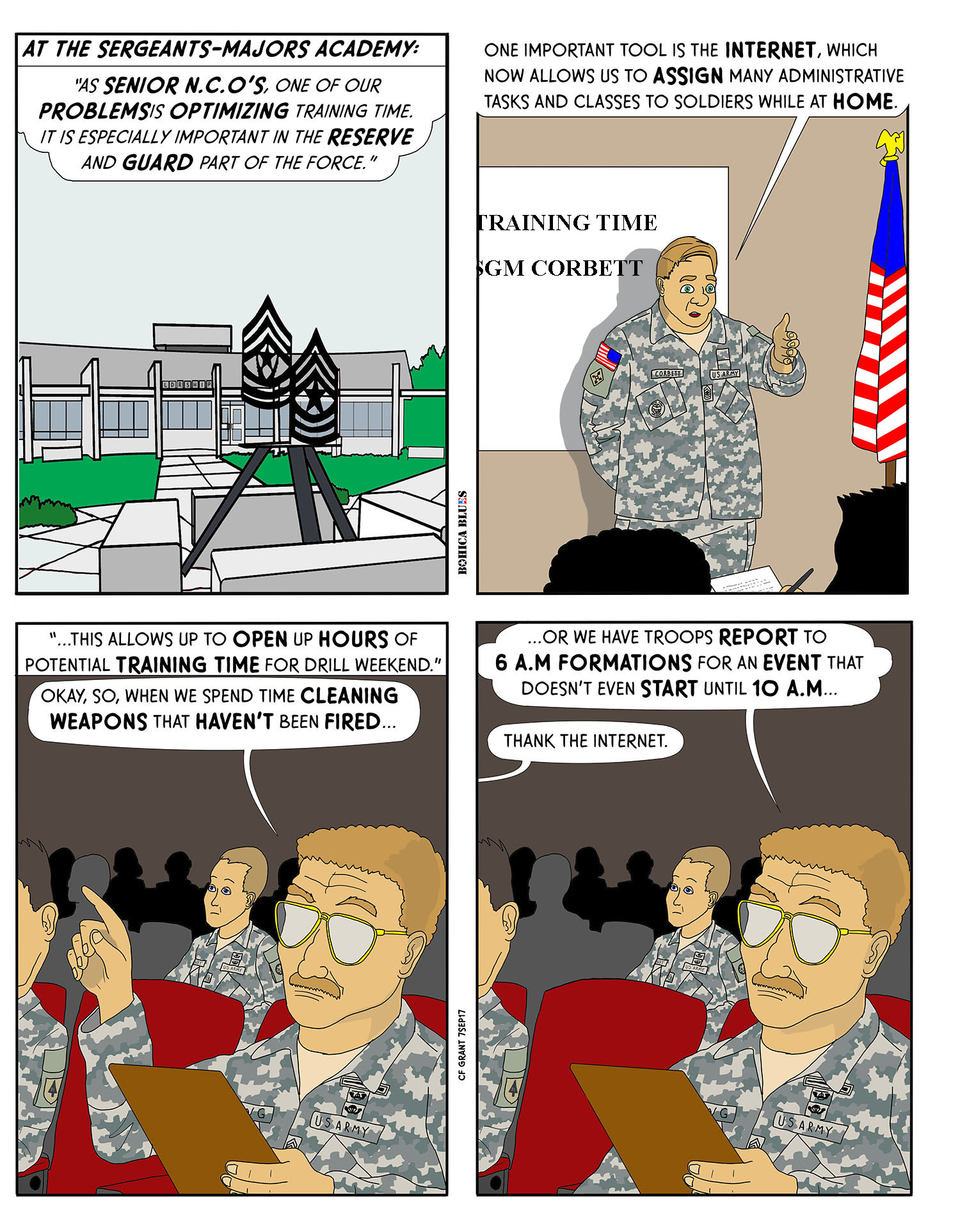 “The Internet…a Series of Tubes…”

So, the Internet has us doing classes at home, so all that time we wasted on drill weekends doing classes can go back to “military things” like “hurry up and wait”, see!? How do you expect to get that instinctive sense of military life if you’re not standing around waiting for something to happen?

Of all the things the Army loves to do (and the military overall) is the “hurry up and wait”. People hear about this, I even heard about it as a kid before I joined. But you will commonly be told to show up for an event at some ungodly hour even though the event itself doesn’t *officially* start until half the day later.

Why is this done? I guess people were chronically late and always showing up ten to fifteen minutes past the time something “officially started” so commanders started hedging their bets and telling people to be five or ten minutes early. Then, when people were late to THAT early time (even though it was nothing more than planned-for “padding”), they began to hedge their bets further by telling people to show up ten to fifteen minutes before THAT. By the time this avalanche of good intentions catches up to us, we’re showing up hours ahead of the scheduled time.

So to fill that gap, sergeants were encouraged to use “hip-pocket training”– basically, to always have an idea for a quick, informal class to give that didn’t need any prep time or complicated props, screens, or other things. But as “sergeant’s time” and “hip-pocket training” became increasingly formalized (and standardized), it started forming the basis for classes… which are now imported to soldiers’ homes via the Internet.

So when you show up at oh-dark-thirty and wait around for nothing to happen, and everyone seems clueless with what to do (and you end up doing housecleaning chores or whatnot), now you know why.