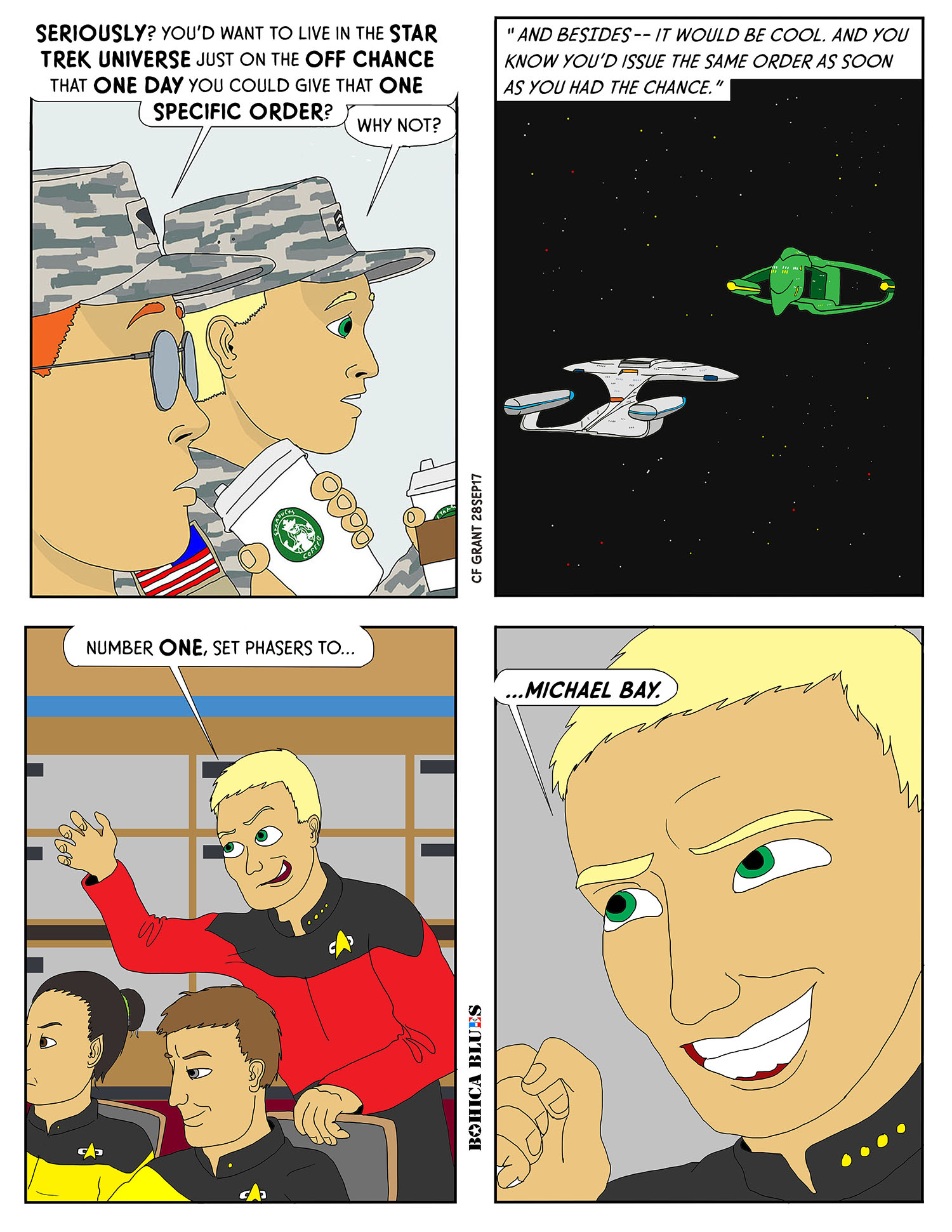 “To Boldly Go…” –to a franchise I had not previously exploited for my own twisted, cynical ends. I’ve made multiple “Star Wars” references in the past but it occurred to me that I had yet to make a “Star Trek” reference. And why not? I love the franchise and enjoyed multiple shows, and now there is a new show launched within the last few days called “Discovery”. I have not yet seen it but eventually I will get around to it.

Meanwhile, I am jealous of the wide array of setting that Star Trek weapons seem to enjoy– “stun” and “burn” and “kill/disintegrate” and so on. It could be very handy to have a wide spectrum of choices, from lethal to non-lethal, at one’s command. But for real explosive handiwork, there’d have to be a special “Michael Bay” setting.

On Facebook, there is a page called “Miltoons”, which is a collection of comics done by veterans of multiple different branches of service (I have heard rumors that even the Coast Guard is represented). One of the Army contributors there does a lot of “Star Trek” fan comics so it is in this spirit I offer up today’s comic.

Live long and prosper, and may all your MRE cheese spread be jalapeno.