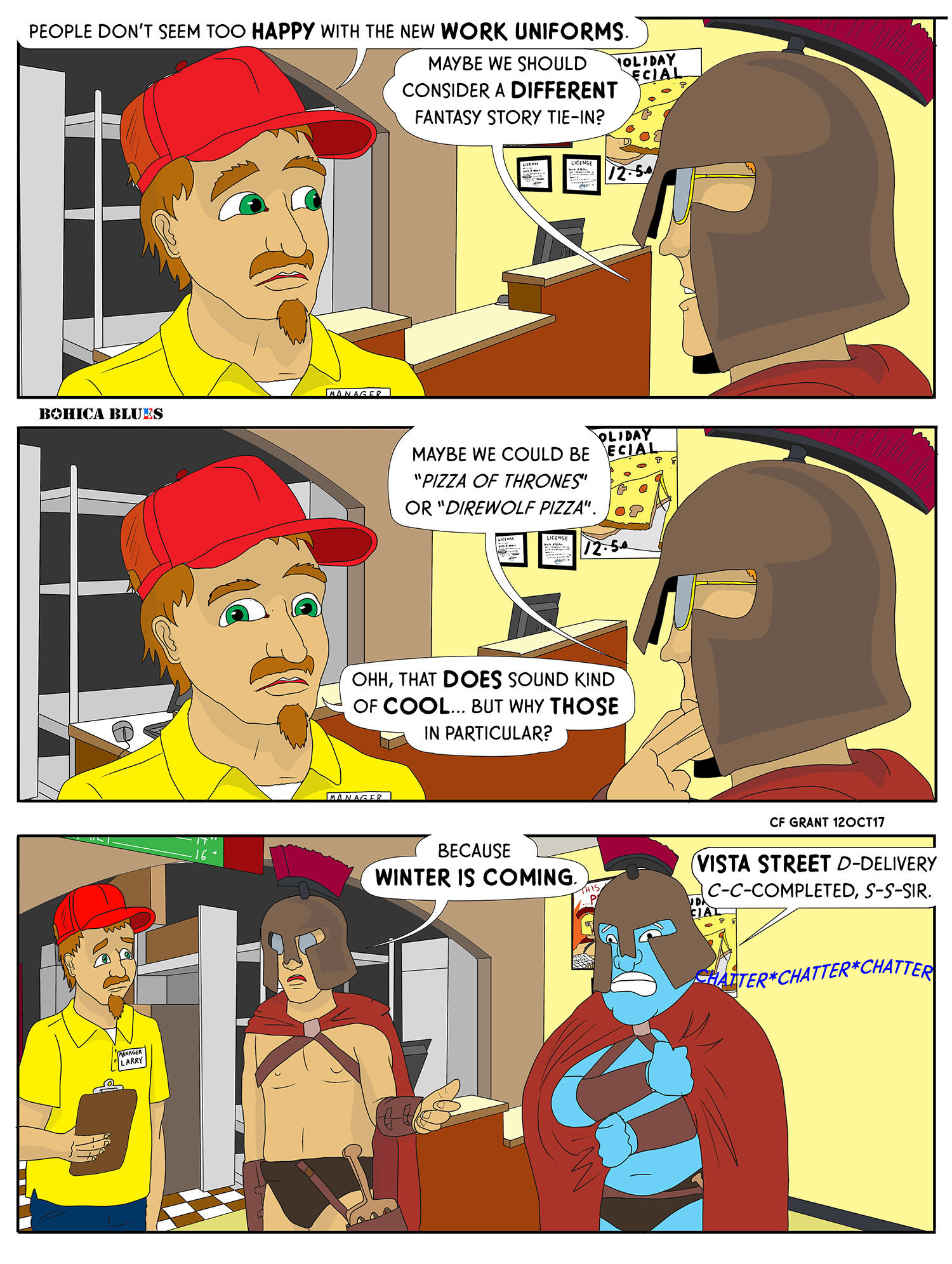 Sometimes it is best to switch gears and go with Plan B? Naming a business or franchise after any sort of pop-culture phenomenon –no matter how big– is always risky. A few pop-culture references have stuck with us for a generation or more (Star Wars or Star Trek, for example) but many flame out. TV shows, movies, and music sensations that were once thought dominant are now barely remembered, or remembered with a sort of shrug and a “what were we thinking?” nostalgia (Tamagotchi, the Macarena).

It’s hard to say whether “Game of Thrones” will stand the test of time, it was a long-running book series before it was a TV show so chances are it will stick around. In the time frame of the comic (late 2007) it was only a book series, since the TV show started in 2011, but it was well-known enough that it could be referenced and chances were good someone would know what it was all about.

But as the folks at “Little Leonidas” pizza contemplate a possible uniform change right after getting new “300”-inspired uniforms, it reminds me a bit of how the various armed services (and especially the Army) have been changing uniforms every few years. Already, the ACU “digital camo” is fading from the scene, and soon all that will remain of it will be (ironically) the pop-culture references in movies and TV during its approximately 10-year reign. Like the “Little Leonidas” uniforms, it was announced with great fanfare and expected to be the wave of the future, only to find it was severely limited in its effectiveness and is already being replaced with the more practical “Mulitcam” inspired pattern of dark greens and browns.

As far as the digital ACU is concerned, winter is here.