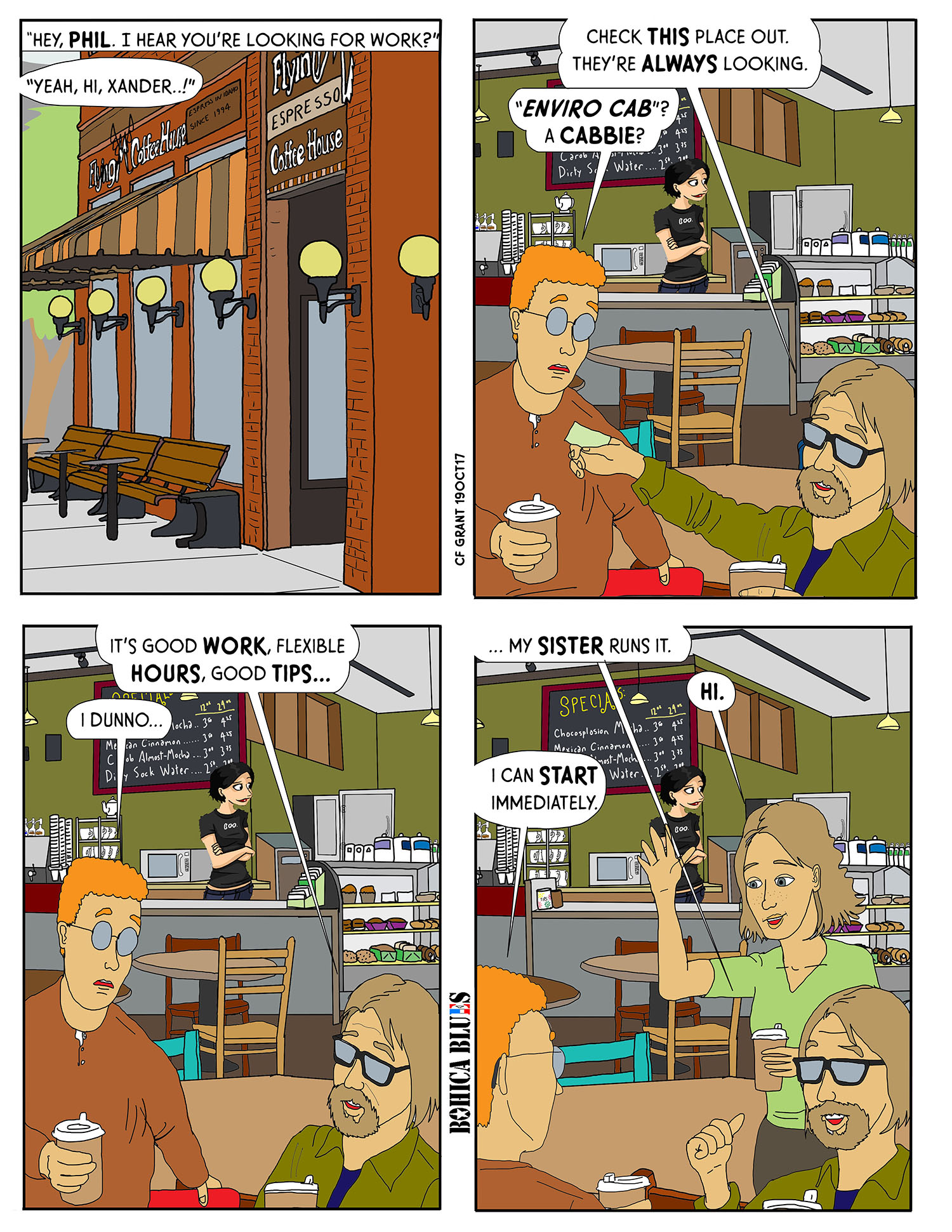 Sometimes when you weren’t looking or expecting, you find.

Philip Albright came back from Iraq and sought simplicity, quiet, and to an extent, a degree of personal isolation. He took a simple job that did not demand much, sought no personal connections, and kind of went into a sort of passive or under-the-radar type existence. To an extent, it is similar to the way I lived for awhile after coming back.

But now, circumstances have forced Phil to look outside his comfort zone. One of the few friends he made was Xander Lawrence, the left-wing anti-war protester  that Joe Rock met while on leave. The two are opposites politically, but they have a mutual respect for one another. Xander can hook Phil up with a potential job, and maybe Phil has found other reasons to be interested.

And, yes, that is Dora Bianchi in the background, guest starring as the barista. Those of you familiar with the webcomic “Questionable Content” might recognize her. “Questionable Content” was a webcomic I started reading in Iraq and it was one of the reasons I chose this type of media for BOHICA Blues. While I admit I have not read that comic in many years, it was still influential in my decision. So a little shout out to Jeph Jaques and his creation.