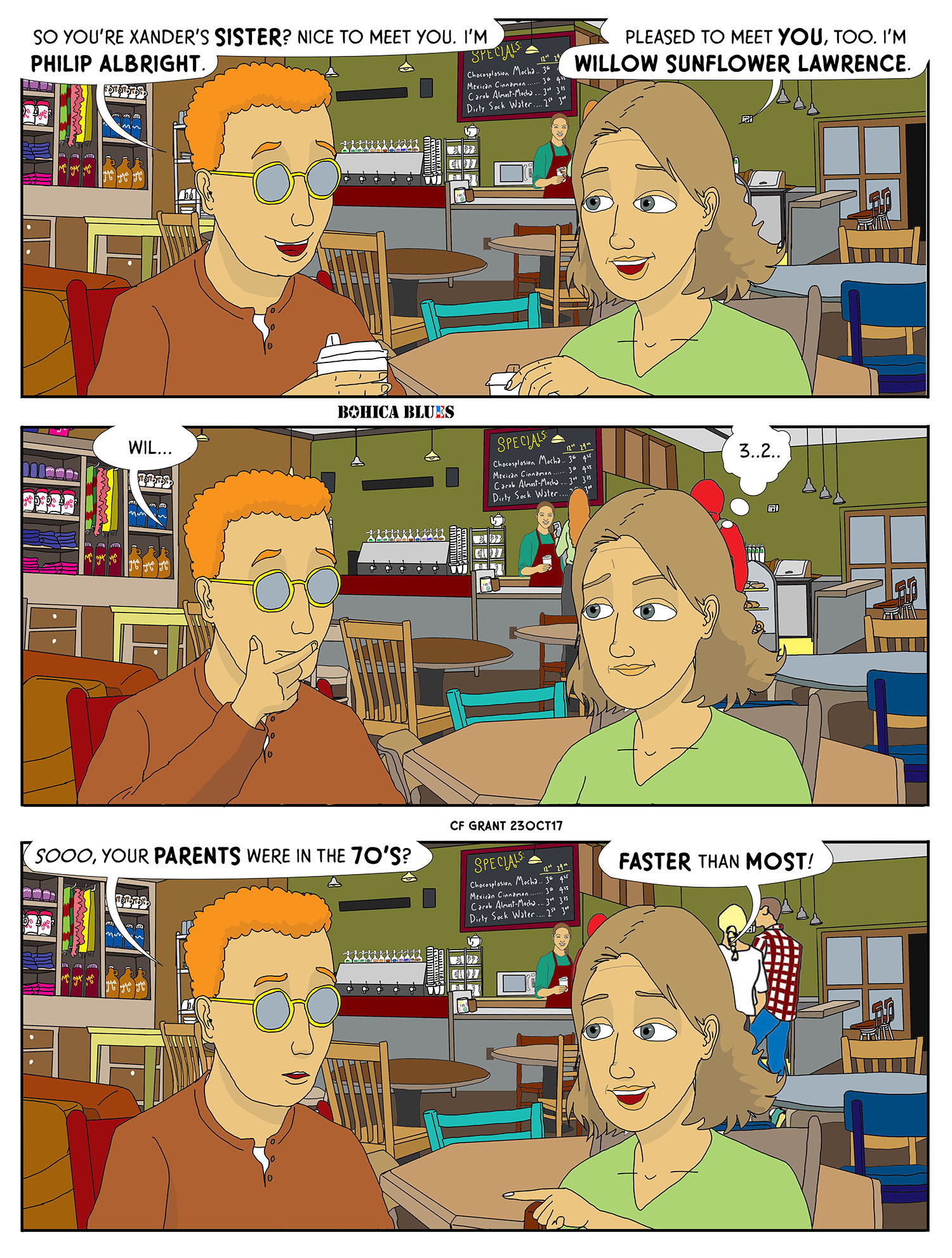 I once knew a girl whose middle name was “Bluejay Willowtree”. The first thing out of my mouth after that was, “Your parents were in the Sixties, right?” Of course she confirmed that they were. Well, it’s been a few years so I’ll bump Willow & Xander’s parents up a decade to the Seventies, since a lot of the things that happened in the Sixties can also apply to the Seventies, too.

So Philip has met someone that he’s taken a liking too, and while she is older than him, that doesn’t seem to matter since she seems to be warming up to him as well. We’ll see where this goes and how Philip’s Army Reserve participation fits into things between them.

Experimenting with more background art ideas and incorporating increasingly detailed ideas into PhotoShop Layers, as well as concentrating on one item at a time and then doing a “magic background erase” and importing them as individual items. I actually had a series of four different people standing in line at the coffee counter, showing the line moving forward one person at a time, only to realize (as I imported the foreground characters) that Willow’s image blocked everything I had carefully arranged. So while mastering better art skills by themselves is helpful, knowing how to make the best use of tools like PhotoShop and arranging multiple components of art into a whole remains a work in progress.