Just Look at it This Way 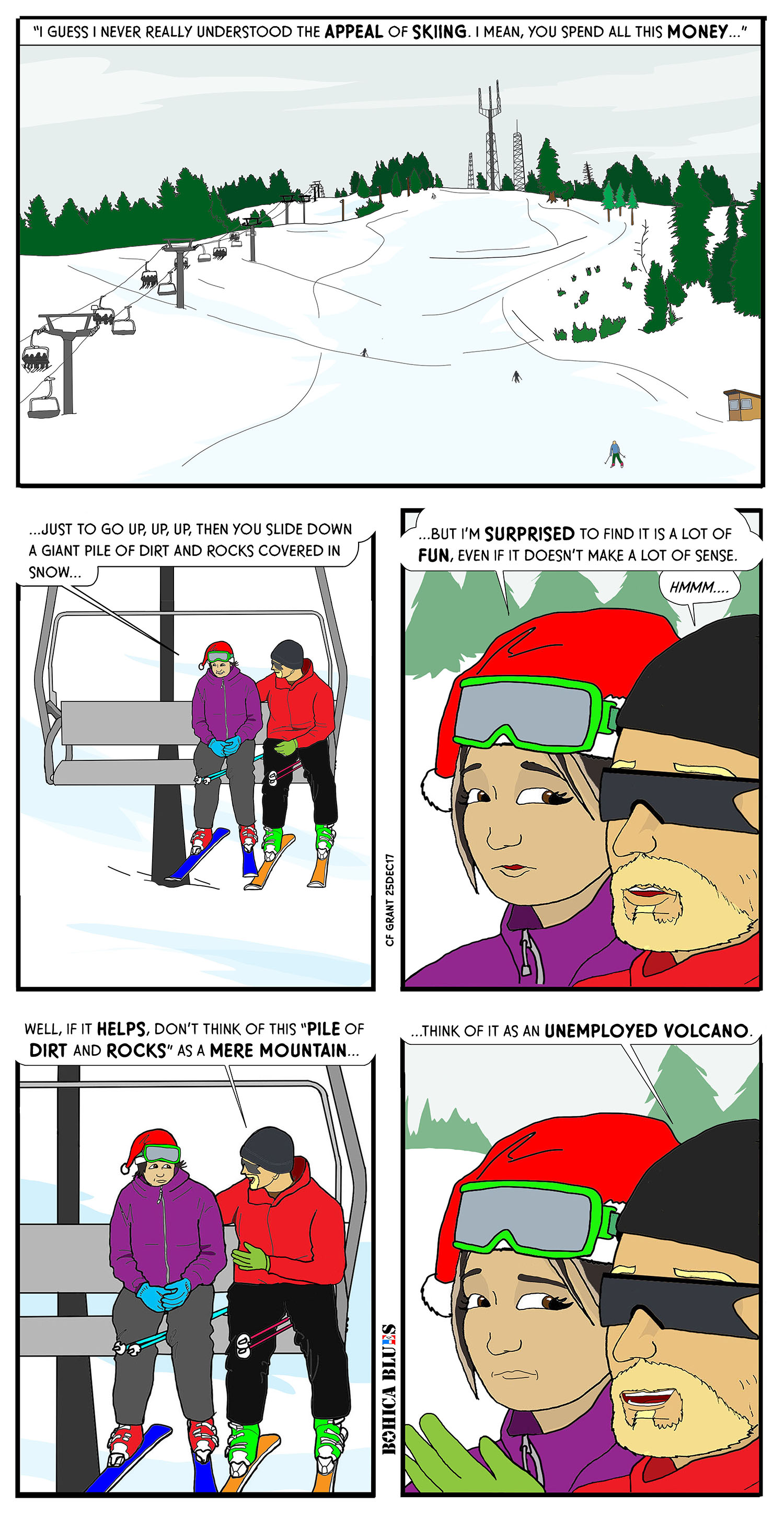 Just Look at it This Way

Juni, if you recall, is originally from Hawai’i, so skiing was not something at the forefront of her thoughts. And while she’s been in Idaho for about five years, two of those years were actually in Iraq, so again– not much reason to think about it. But Joe is an occasional skier at, at least, so he invited her to try it. Of course, when you put mountains into perspective as “unemployed volcanoes”, you may not get much enthusiasm for return trips. It is hard to live in Boise and not make at least one trip up to Bogus Basin, which is a great place to go year-round. I like hiking up there during the warm months since usually I’m not particularly interested in skiing (heresy, I know).

Anyway, since this comic falls right on Christmas Day I wanted something “winter wonderland-ish” that worked in my observations about mountains and their explosive potential; this worked perfectly. That I was able to get Juni in a Santa hat just added to the ambience.

I hope everyone who celebrates Christmas has a great holiday, and for those who don’t celebrate Christmas, enjoy a day of general cheer, some mugs of hot drinks and maybe a crackling fire in possible. See you Thursday!