From Here or There 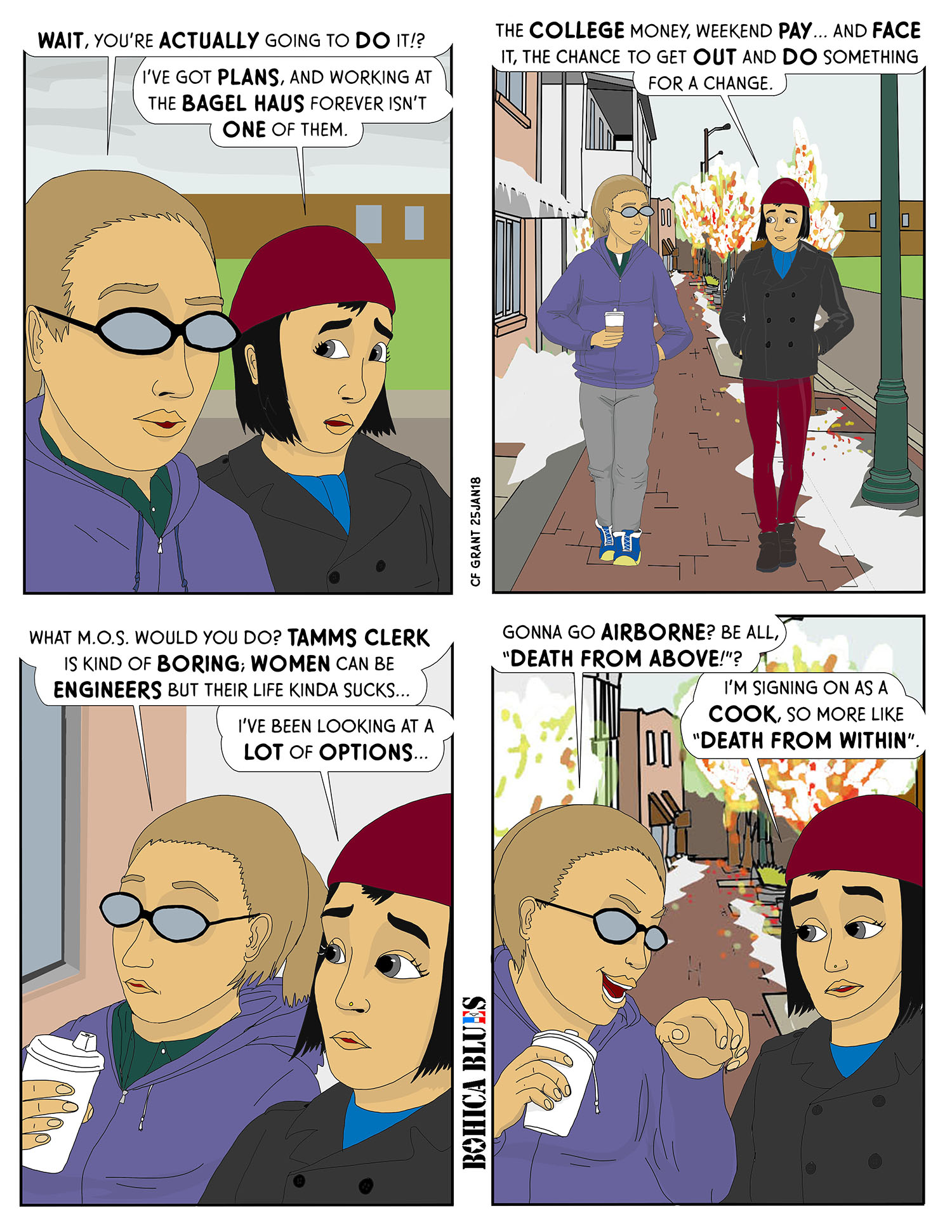 From Here or There

How have I gotten by so long without vectoring in jokes about Army chow beyond MREs? I have no idea. Okay, in a way I have done some chow hall humor, but it has been civilian contracted chow halls. There still are Army cooks but they’re increasingly rare as more and more cooks are replaced by contractors. The Cook is one of those duties that seems to come and go– as the Army tries to phase them out, they start to realize how handy it is to have people who go anywhere the troops go without needing special contracts.

That said, most Cooks these days don’t actually prepare a lot of food– as in, mixing ingredients and creating food from scratch. Most of the field chow nowadays is pre-made, packaged stuff that gets heated up in a variety of ways. I suppose something has been lost, in all this “progress”. But as someone who spent far too much time on K.P. duty (Kitchen Police, with “to police” something as a verb meaning “to clean up” or “make orderly”)  I would not  miss being a dishwasher and busboy one bit. Most KP duty today consists of throwing away trash, and far less washing than before, in the days of the Mermite food transport tins.

So Cecelia’s friend, Nikki, is intrigued by some of the things she’s found out and has decided to take the plunge. We shall see how that goes.