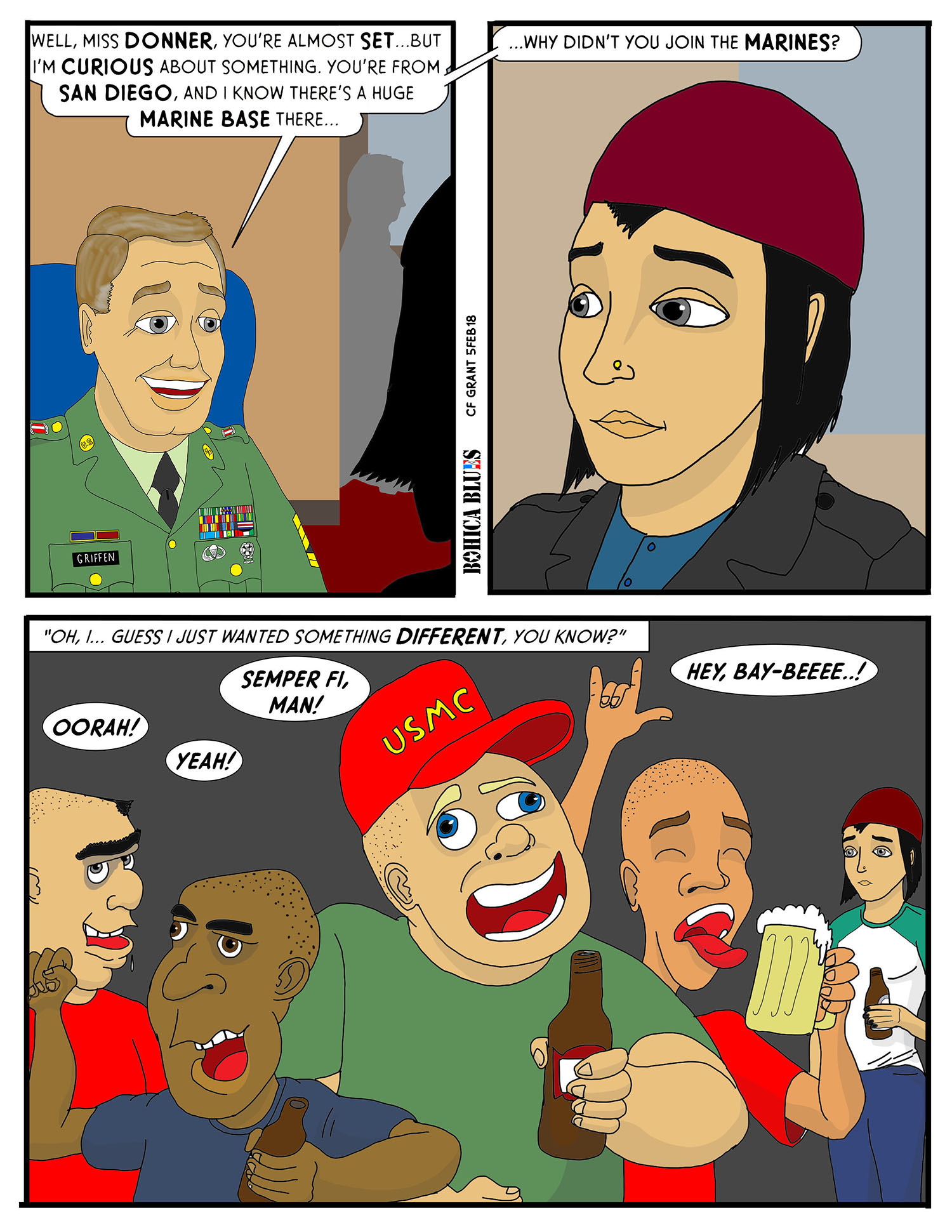 Sometimes people want to join an institution like the military, and serve close to home. They seek the familiar, or in some cases it is just “the devil you know”. But then sometimes you are joining the military specifically to get away from something that you’ve decided you’ve had enough of. In this case, she’s obviously seen a lot of recently graduated Marines fresh out of Boot Camp –Marines derisively called “Boots” by other Marines, if you’re read Terminal Lance (or lived that life)– and they can be kind of obnoxious. But then they were just released from a high-pressure, tightly-controlled environment where screaming and shouting were used as benchmarks for success, and upon release from training, they have their first taste of beer in weeks.

So Nikki Donner is enlisting and she’s taking the steps needed– paperwork, a medical exam, a test called “ASVAB” (pronounced “az-vab”) which stands for “Armed Forces Vocational Aptitude Battery”; a fancy way of saying “skills test”. And off she goes to the Army, where she will probably be dismayed to find a similar culture exists, at least among trainees just released from Basic Training. I remember how I, and a lot of my fellow graduates, were after Army Infantry Basic, and there was little difference. Oh, well– live and learn, Miss Donner.

If you’re enjoying the comic, don’t forget to drop by the Patreon site and consider joining the 213th! There are several dozen exclusive posts there available only for subscribers! Check it out here: