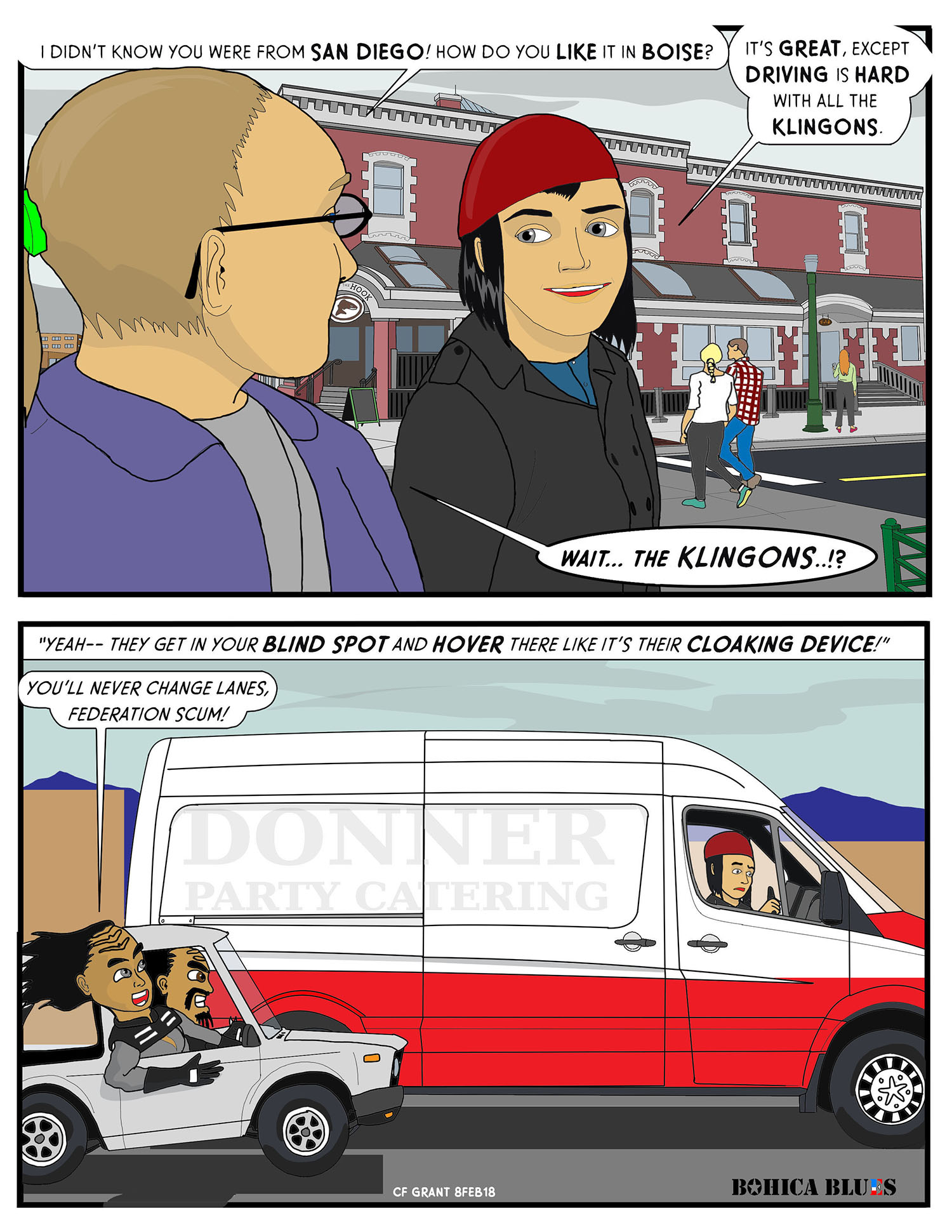 Every region has its driving quirks; Boise is no exception. One thing I’ve noticed about driving in Boise is a weird tendency for people to get in your “blind spot” and stay there, no matter what. I am not sure why this happens but I don’t notice it too much in other places (other cities I’ve visited have their own weird and crazy habits). I could fill pages of material with some of Boise’s other local driving annoyances but obviously this isn’t a comic about driving. It may show up from time to time but it won’t be a main feature.

So Nikki Donner still has her former catering van, and it’s the only car she has. I once admired a RV on a Sprinter van chassis and I was surprised to find that with the diesel motor it got good mileage (for its type). When I decided to use the “Donner Party Catering” joke I decided it was a perfect time to use a Sprinter so now I’ve stuck the character with it.

Meanwhile, the title of this comic relates back to the classic Star Trek episode “Balance of Terror”, the first episode a cloaking device was used. Of course it was the Romulans, not the Klingons, who used a cloaking device in that episode, but over time (and other TV shows and movies) I think that the Klingon use of the cloaking device has become more well known to casual viewers. Besides, the drivers in Boise that use the “cloaking device” just seem to… cling there. So… Klingons.

Anyhow, enjoy, and don’t forget to check out the Patreon site for all sorts of behind-the-scenes humor!