How Awkward Were My Orders 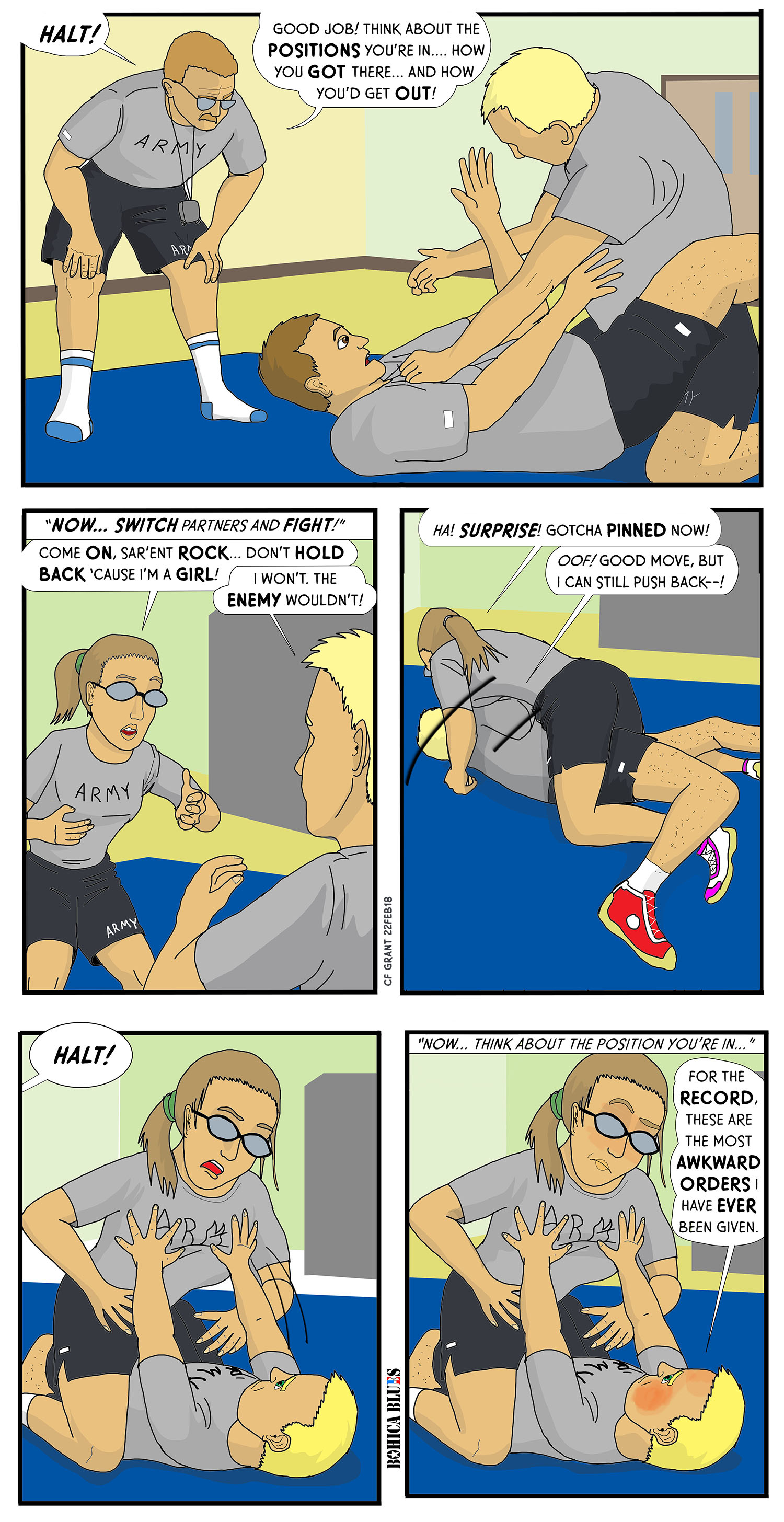 How Awkward Were My Orders

So, in a unit with female soldiers, the females are expected to fight during Combatives. And not just among the other female troops, either– they have to hold their own against male troops. As Joe Rock says in the comic, the enemy (whoever they are) won’t care or make distinctions.

Now, there is a move in Combatives that matches the one show here: someone has you on the floor, pinned, and you push up against their chest and raise them above you, gaining a bit of space for yourself to consider further actions. There is a counter-move (Glass is preparing for it by moving her hands inside Rock’s arms) but the “Halt” is called before she can continue.

This situation closely matches a very awkward situation I found myself in once, in a Combatives course with female soldiers. We had been practicing various ways to break holds, and we’d been doing it all morning, over and over again. I’d lifted “Mister R.U. Serious” by the chest a couple of times, and some other soldiers, and we had traded off different partners until I found myself squared off with a female Corporal. She was pretty wiry and put up a good fight, but they called a halt in the fight at exactly this moment– there I was, holding this woman up, my hands squarely on her chest, when we froze in place. If we had just fought through the moment, without halting, I doubt either of us would have even realized how the actions had transpired. But they stopped us *right then*.

Needless to say, that was awkward. I felt myself turn beet red, and I moved my hand to her shoulders as the instructor talked for a bit, and then we switched partners and went on with training. I’ve done Combatives with other female soldiers since and fortunately never had to deal with another situation like that. It would be just my luck if I’m ever attacked by an enemy female, and I’m so worried about accidentally putting my hands on her boobs that I end up being gutted like a fish. There’s no justice in this world.