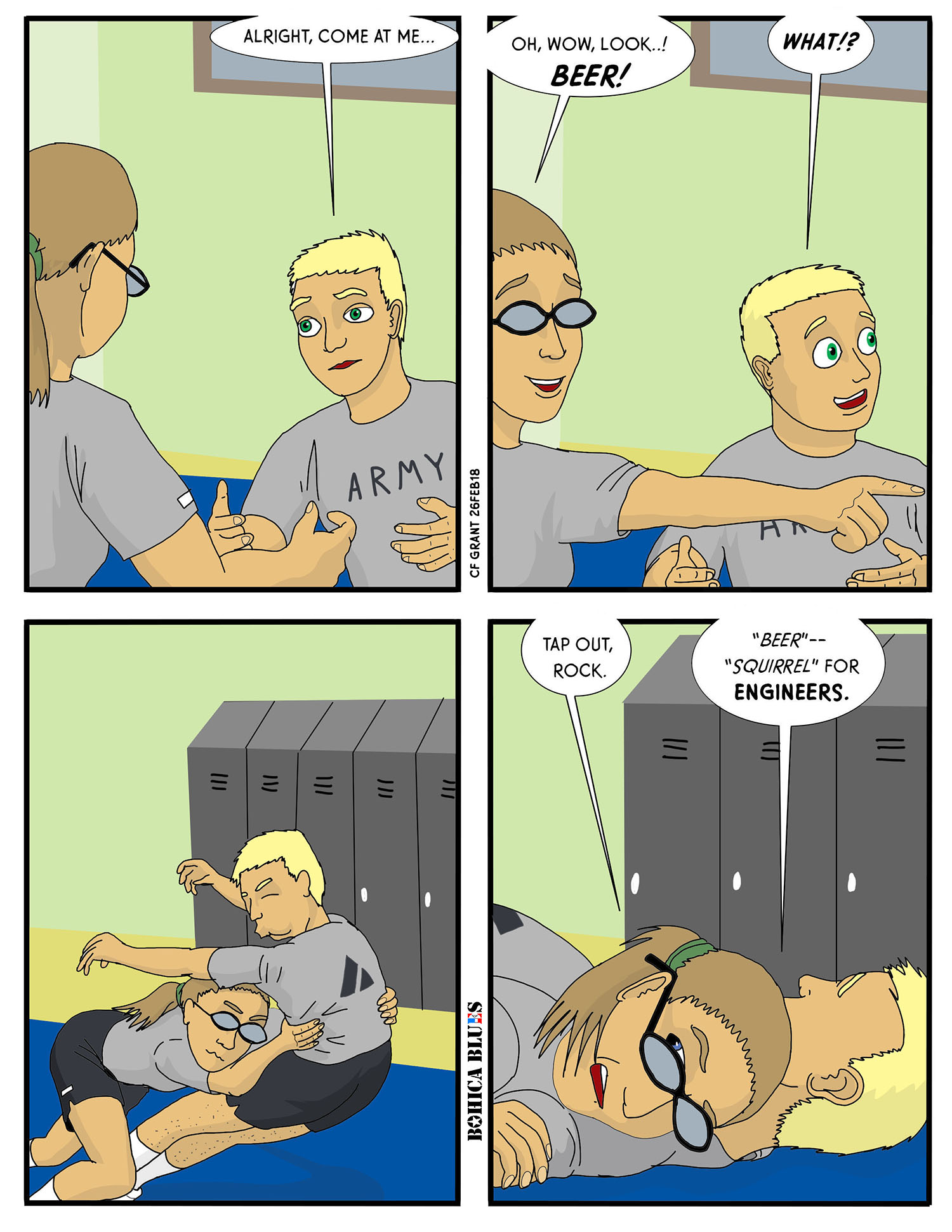 So Specialist Glass gets the better of Rock this time, but she cheated! Few soldiers, especially Combat Engineers, can resist beer! If you can make a convincing case that beer is going to be involved, it really is like shouting “squirrel” to a dog. In 2009, the animated movie “Up” made the “Squirrel!” meme popular, and now people realize that under the right circumstances, we all have our own personal “squirrel” automatic distractions.

I did kinda cheat with this one– as mentioned earlier, we usually only learn Combatives one weekend a year, so we learn Level One stuff over and over again, which is pretty much all wrestling. That means we almost never see the training levels where you start out standing face-to-face, upright, and getting ready to fight. We’ve had Combatives style courses a couple times that went into this a bit, and one time we had a pretty good weekend with a professional karate martial arts instructor where we practiced some unconventional stuff. But that tends to be the exception. I understand the Army doesn’t want perfectly useful troops to get smashed up in Combatives, suffering sprains or whatnot, but sometimes I wish we could do a bit more.