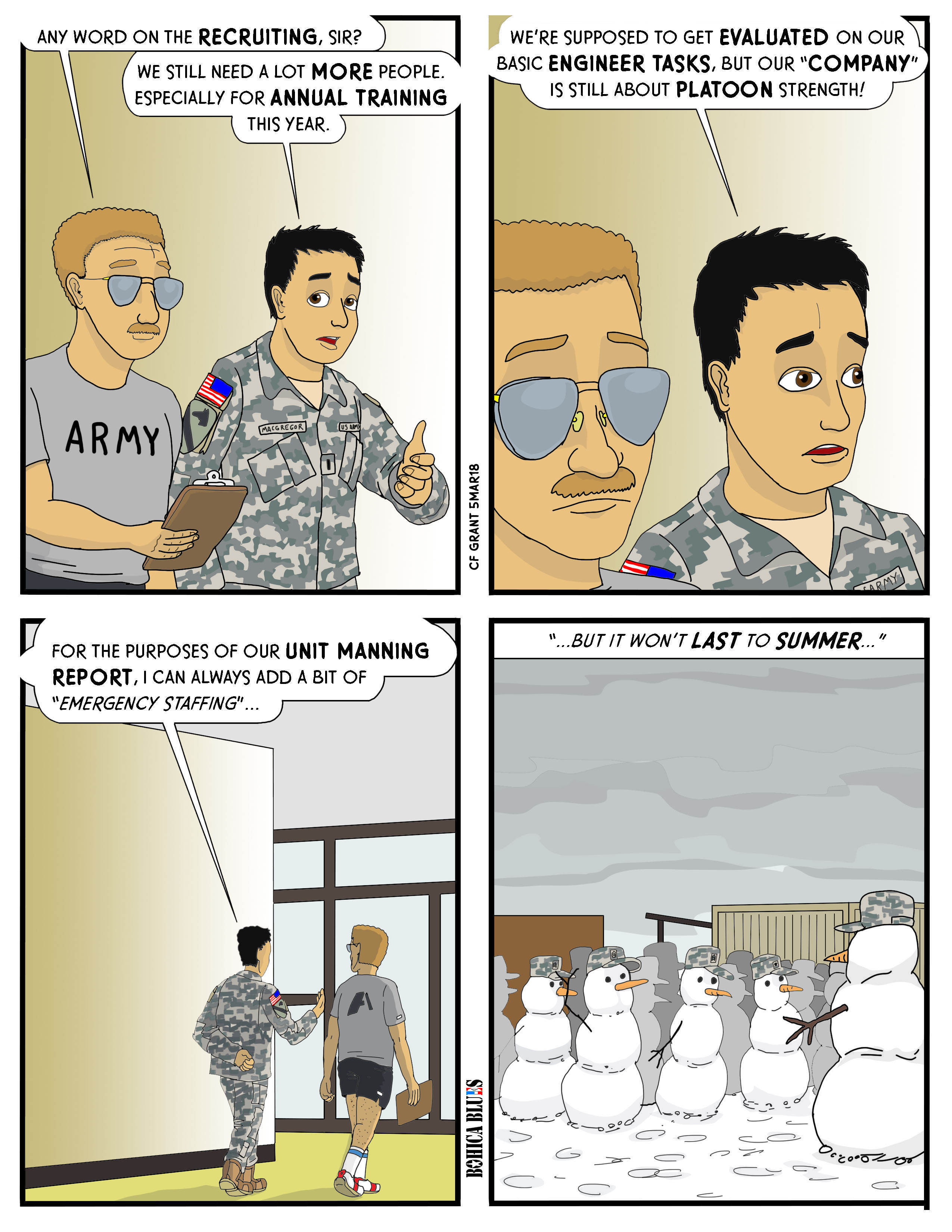 The concept of the “UMR” or “Unit Manning Roster” is huge in the Army Reserves and National Guard. A unit is assigned a certain level of strength in order to meet their minimum standards of accomplishment, according to their stated mission and expected responsibilities. It impacts their training expectations and their budgeting and equipment allocations… and if it falls below a certain threshold, the unit is considered unsustainable and they close it down, give its duties to another unit in a larger city with a bigger population base to keep it running, and the troops that remain have to find another unit to join.

Sometimes a unit might “fudge” their UMR numbers from time to time– maybe pretend that one or two soldiers that stopped showing up for Drill Weekend are still active, perhaps. There’s usually a lot of oversight; enough to keep this from happening for any extended period of time… but for a month or two they might be able to sustain the belief that the unit is still worth full funding.

Also, a note on the art– I’m experimenting again with the “gradient” tool in PhotoShop to portray light transitioning to shadow. I had used it once or twice in the past but had allowed it to fall into disuse; I’d largely forgotten how to use it. Now I have “rediscovered” it and I hope to use this to make the aet more dynamic in the future. Enjoy!