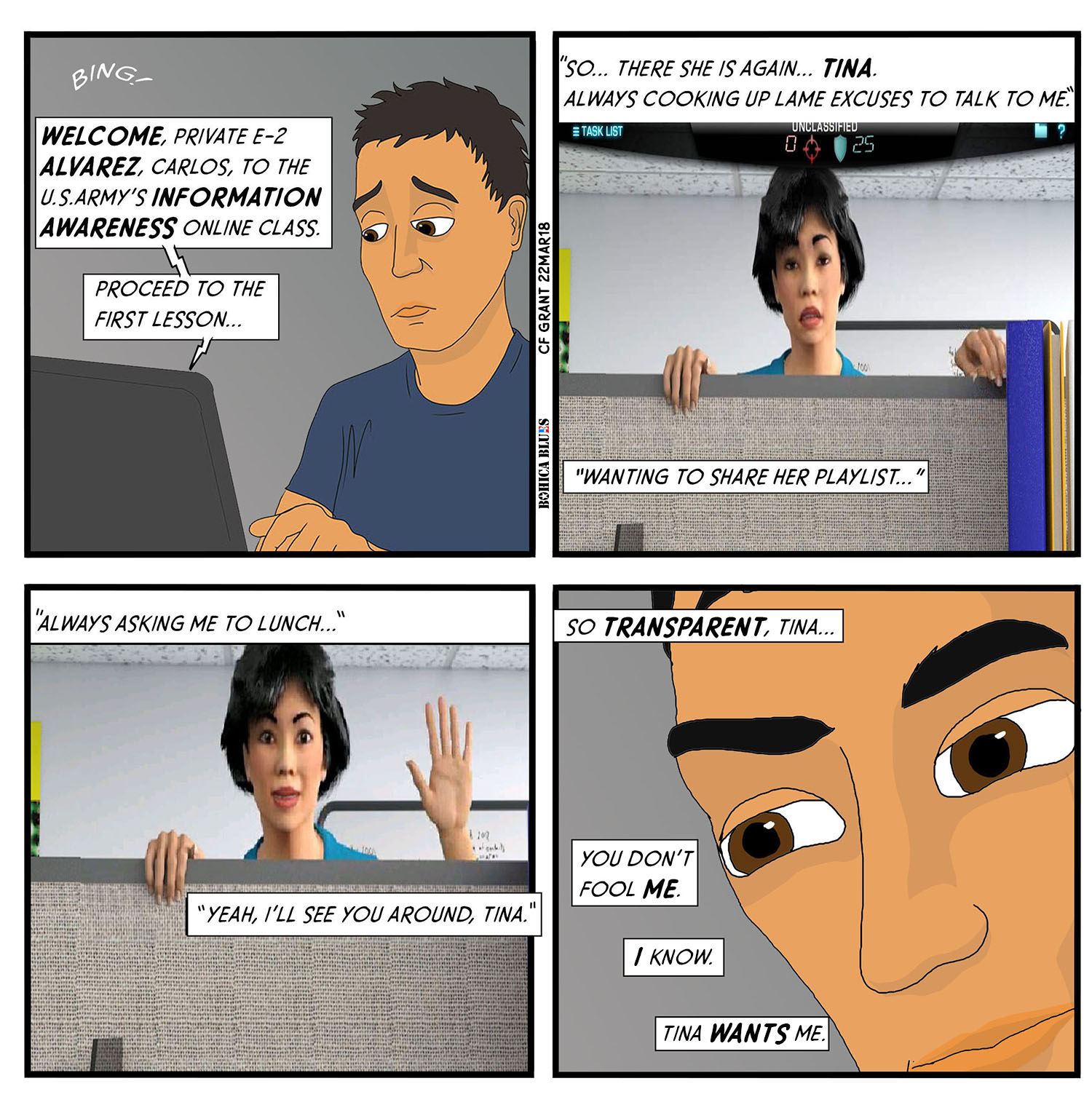 Ahh, the good old Information Awareness/Cybersecurity online course! We all know it and wallow in our love-hate relationships with it. I think every uniformed service and quite a few federal civilian agencies have to take this course, or some version of it. It is infamous among the ranks.

The short story is, everyone has to take an online cyber-security security awareness course. The course involves a combination of role-playing story and game where you are at some new, undefined job involving technology and secret government projects. Throughout the narrative, you are under attack by undefined hacker/terrorist entities, and you have to navigate a series of puzzles and interactions and score enough points to keep the hackers at bay and “win”. Only then do you get your cybersecurity awareness certificate, and you are allowed to use government computers for another couple of years (not much of a reward, but, eh.)

Anyhow, you interact primarily with two characters in the game; one is Jeff, an IT specialist with a beard and a sweater vest who doesn’t seem to have a home, because when you leave after overtime in the game he’s still settled in comfortably at his desk. Jeff seems competent but all he does with that competence is tell you how well or how poorly you did.

The other character is Tina, the woman seen here in the screenshots. Those are actual screenshots from the game. For working in a high-tech office dealing with top-secret stuff, Tina seems spectacularly clueless. She constantly asks you to download music programs and check out her playlists or stick random drives into your work computer… when these ploys fail she wants to go to lunch or hang out or do whatever. It may be an unfortunate truth in modern society that as a male I don’t often feel like I need to fear stalkers, but Tina’s constant transparent attempts to chat me up in the game seem too contrived. I tell myself, “Maybe Tina just lacks, you know, social filters” but this is definitely someone’s crazy ex.

Don’t fall for it, Alvarez.