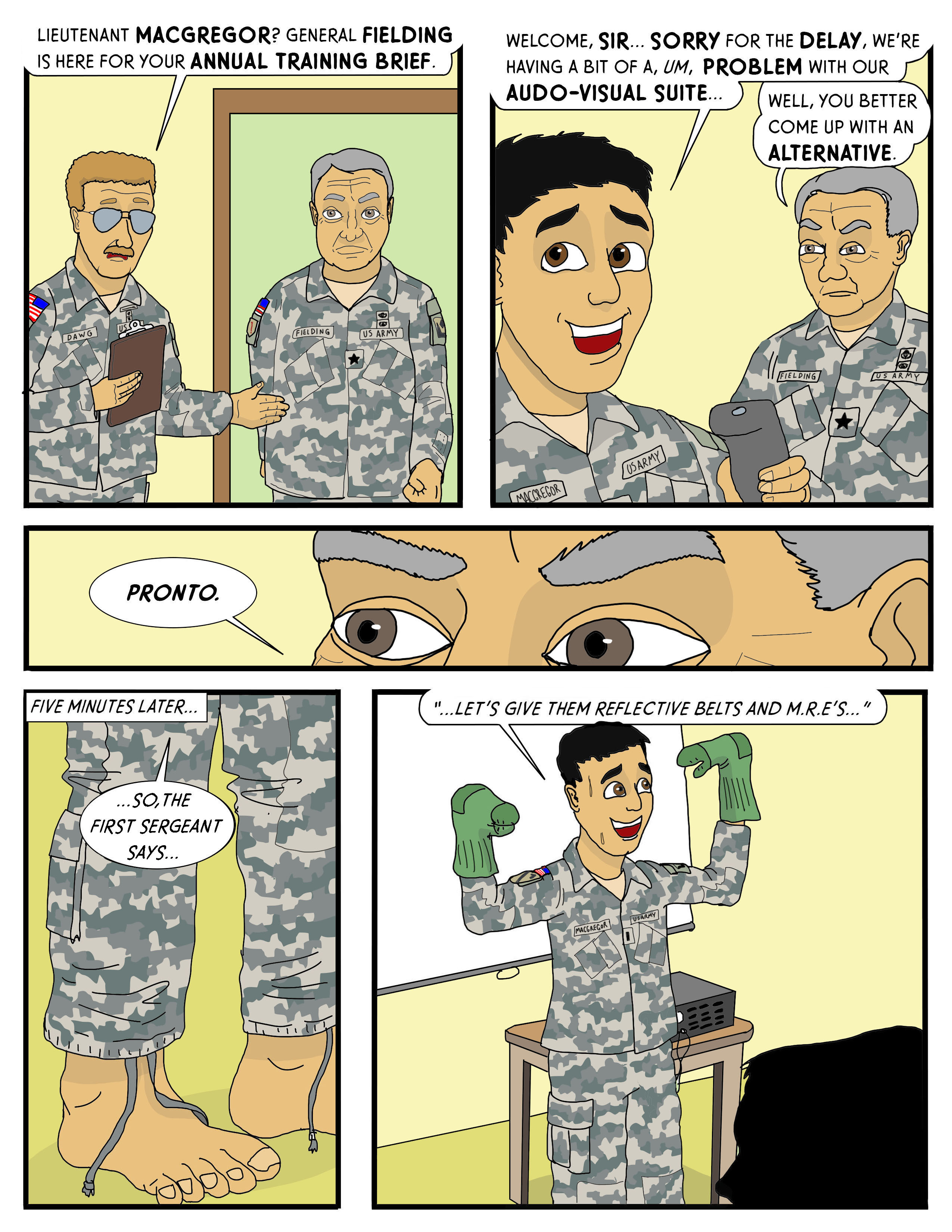 Soldiers are constantly told to “adapt & overcome”. It is especially prevalent in Basic Training, whenever a young trainee encounters some difficulty or obstacle. It is supposed to inspire ingenuity and quick problem-solving, but sometimes it got used to the point of becoming just another set of meaningless buzzwords that were thrown out when there was nothing substantive to add to a situation.

I guess “adapt & overcome” is also a way to psychologically deal with mundane things like equipment shortages or breakdowns, which is what we have here when the audio-visual suite won’t work when it is needed the most (it worked earlier, I swear!). That. too, is an Army constant.

Those of you who saw my Patreon “sneak peeks” of this episode probably remember that I started off making the visitor a Colonel. I decided to up him to a one-star General since that would really make Lieutenant MacGregor sweat more. Young LT MacGregor is in charge of the Company which is typically a Captain’s spot, and he hopes that by having command of the Company for several months and making things run well, he can more easily secure an eventual promotion to that coveted position. This incident, however, may give the General second thoughts. I guess it depends on how entertaining the sock-puppet show is.