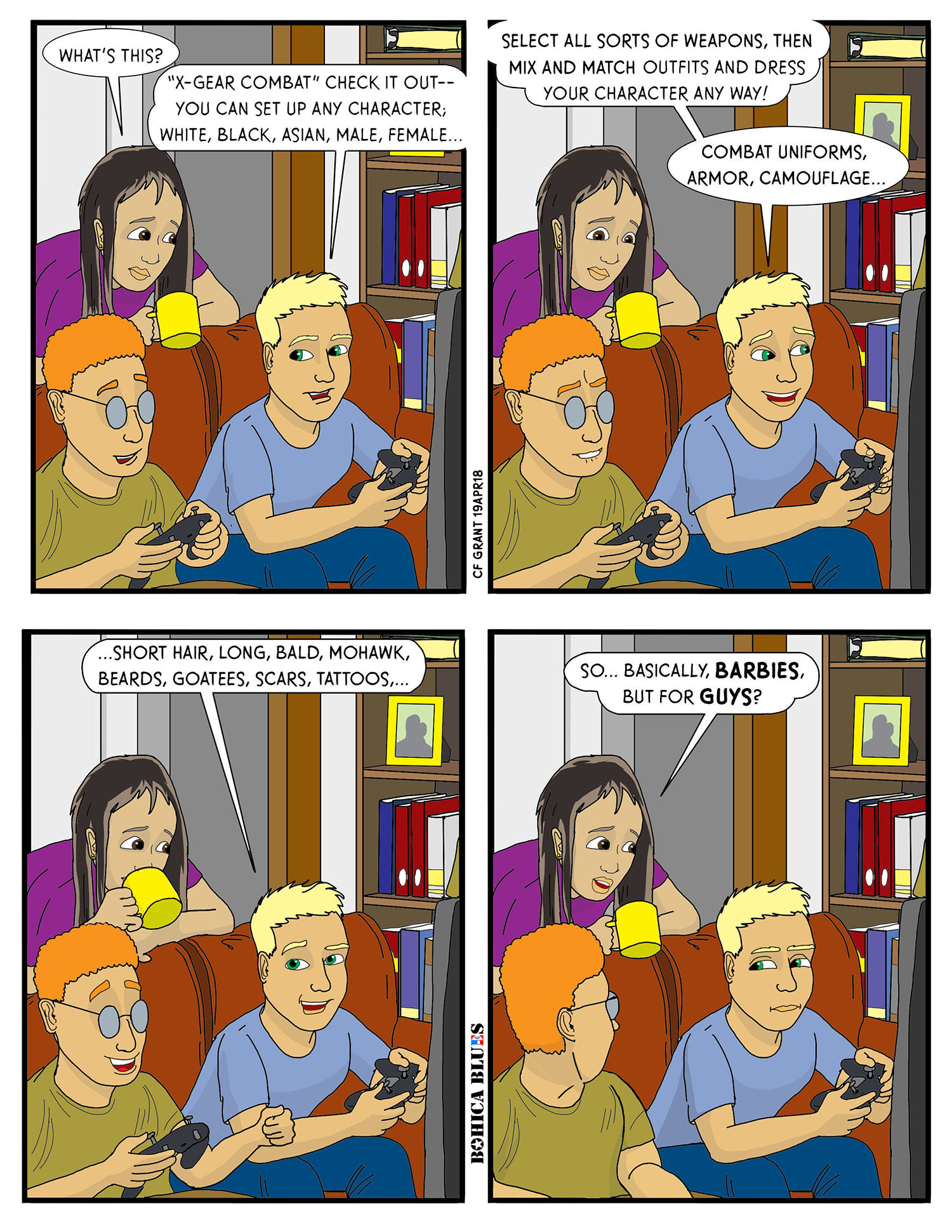 Many years ago I was playing a tabletop role-playing game with some of my friends; I was at one friend’s house and his wife noted the intense amount of detail that had been lavished on some of the painted metal figures. Most of my friends were quite keen on having painted metal figures for their games and the intricate attention to detail was impressive. I, on the other hand, was “that guy” that just grabbed a random unpainted figure and used that, much to their dismay. Anyhow, his wife quipped that it was “like Barbies for men”.

I thought it was hilarious and over the years, the joke comes back to me whenever I’m preparing a character in a video game– these days there’s a lot of detail and variety in how you can equip a character for a game and I have to admit there’s room to accommodate the joke.

Of course, women play video games as much as men do, but a combat game like the one Joe described is probably marketed for a male audience– making the “Barbie” humor more delightful for Juni.