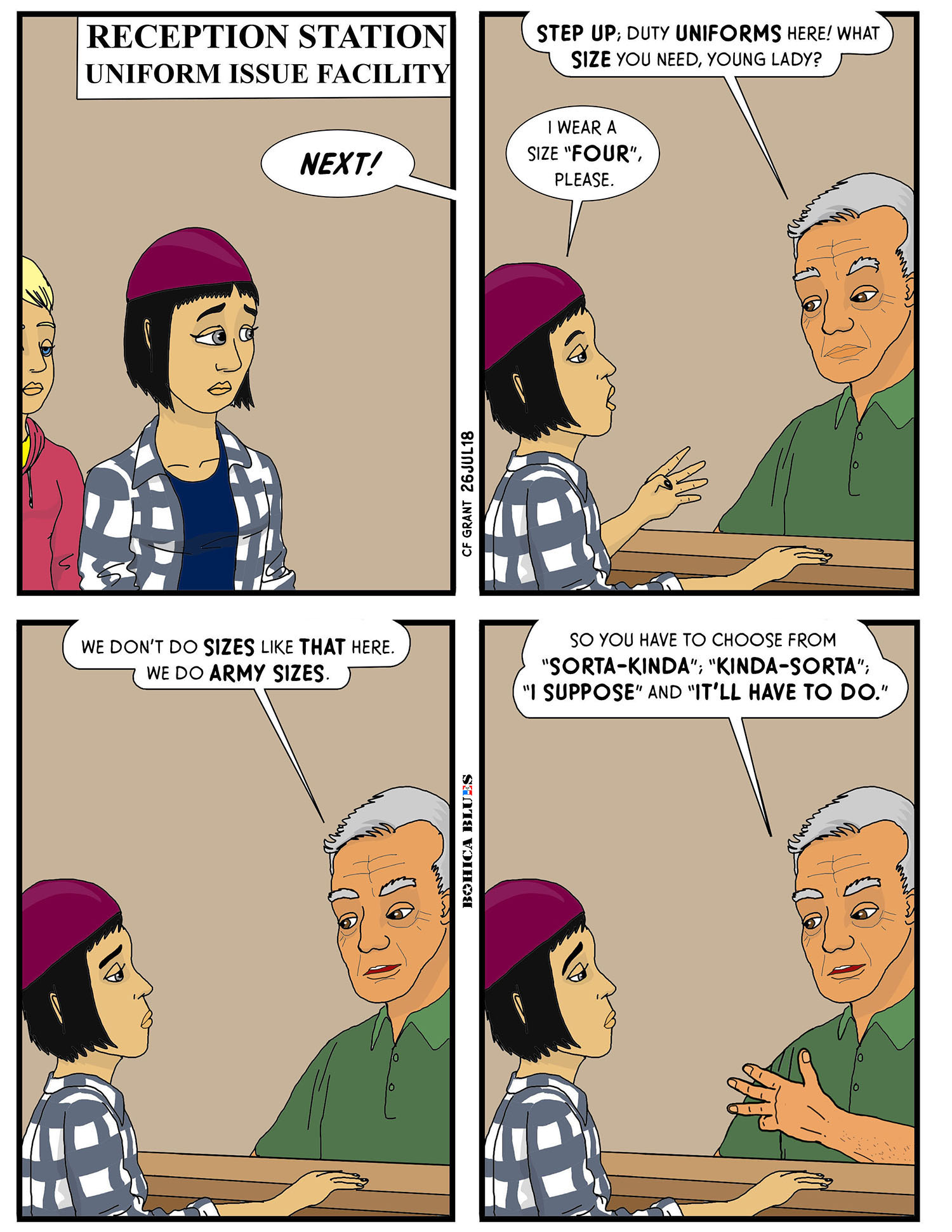 Hello! Time to resume normal posting again! We’ll start by bringing back Nikki Donner, the friend of Specialist Cecelia Glass who decided to join the Reserves and become a member of the 213th Battalion.

When a soldier joins the Army, they don’t exactly go immediately to Basic Training– they go to something called a “Reception Station” where they are officially given their uniforms and equipment, male soldiers will get their haircuts, and they will be introduced to the necessary things of Army life. You get your first set of uniforms for free: four pants, four shirts, some undershirts and socks (underwear is your own responsibility) two pairs of boots and three sets of Physical Training uniforms (two short sets and one long “winter” set with a jacket).

There are a lot of stereotypical jokes about things in the Army– the chow, for example, is well-known even in the civilian world. But another well-known joke is that no  uniform ever truly seems to fit anyone properly. Sizes in the Army (and much of the other services) run towards things like “Medium-Short” or “Medium-Regular” and “Medium-Long”, and “Small” and “Large” sizes as well. These will reflect general girth and length. These sizes are universal and there is no differentiation between uniforms issued to male and female troops.

What it all boils down to is that there are really two sizes: “too big” and “too small”. If by some chance you get “just right”, either an error has occurred in Supply, or you were born malformed and were unaware of it until you got your uniforms.