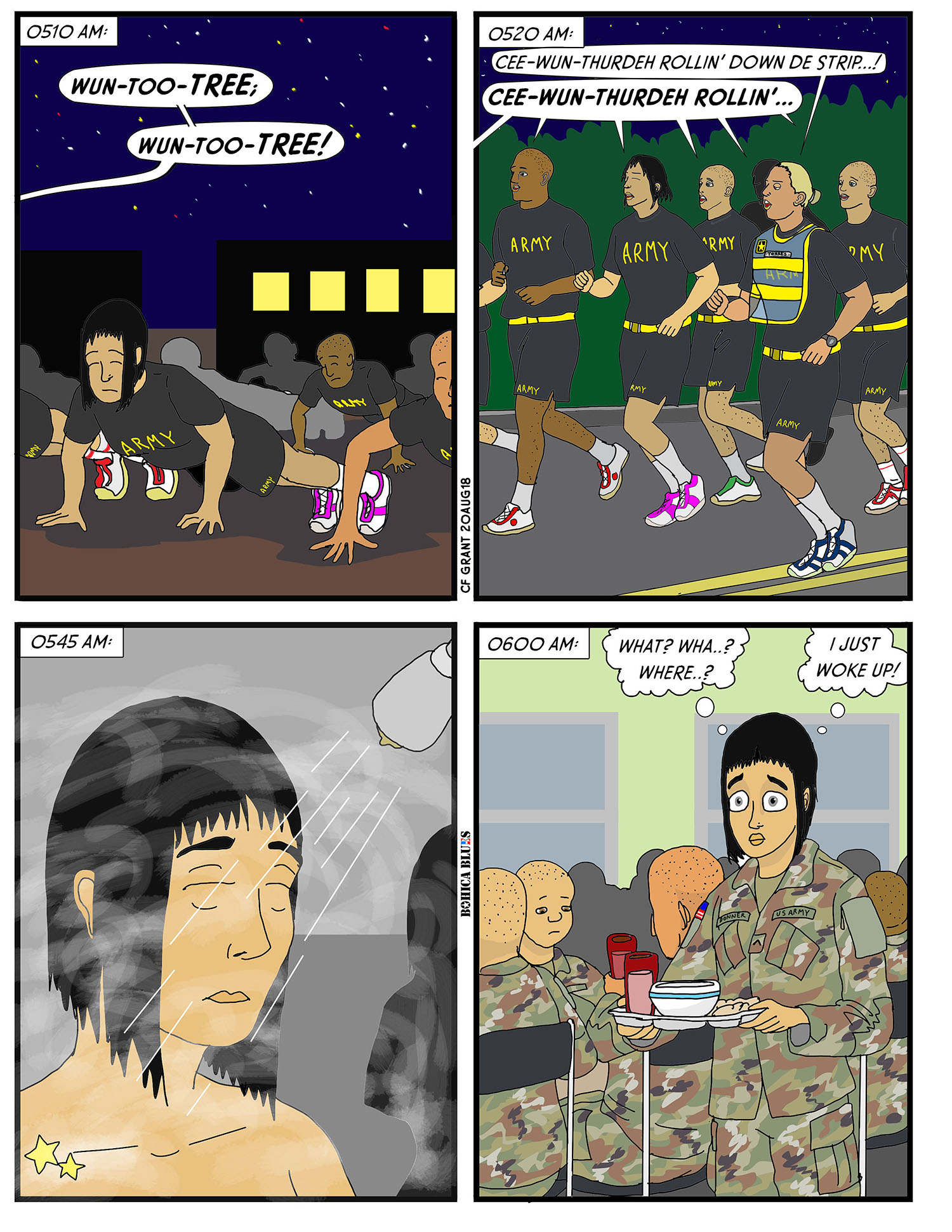 It didn’t take long to learn this skill– within a few days in Basic Training you discover a way to pretty much stumble through your morning on automatic pilot. The morning routine is pretty much the same each day; wake-up at the same time, the same warm-up routines and PT (Physical Training) exercises, a run (usually along the same route) and then a return to the barracks for a quick shower, change into a uniform, make the bed and go to breakfast.

Breakfast is usually pretty much the same stuff each day as well.

So you quickly develop a sort of long-running muscle memory of what a morning is supposed to be; how it feels, what sights and sounds you’ll be experiencing and reacting to, and so you can easily run through it without putting a lot of thought or effort into it– you can, in a way, nap through it. It makes you realize how much energy it takes to pay attention things in your environment, and how much energy you can save by just turning your conscious thoughts down low and going along with “whatever”. The process is helped along by hearing the same running cadences over and over again, as well. One of the most “popular” and well-known is “C-130 rolling down the strip; 64 Rangers on a one-way trip…” It’s sung over and over again, to the point of inducing groans when it is heard, even years later.

Chow was when I traditionally came “fully awake”, since that was when I finally got some of what the Army called “coffee”. Nowadays I’d question that claim, but at the time it was an otherworldly elixir of life.