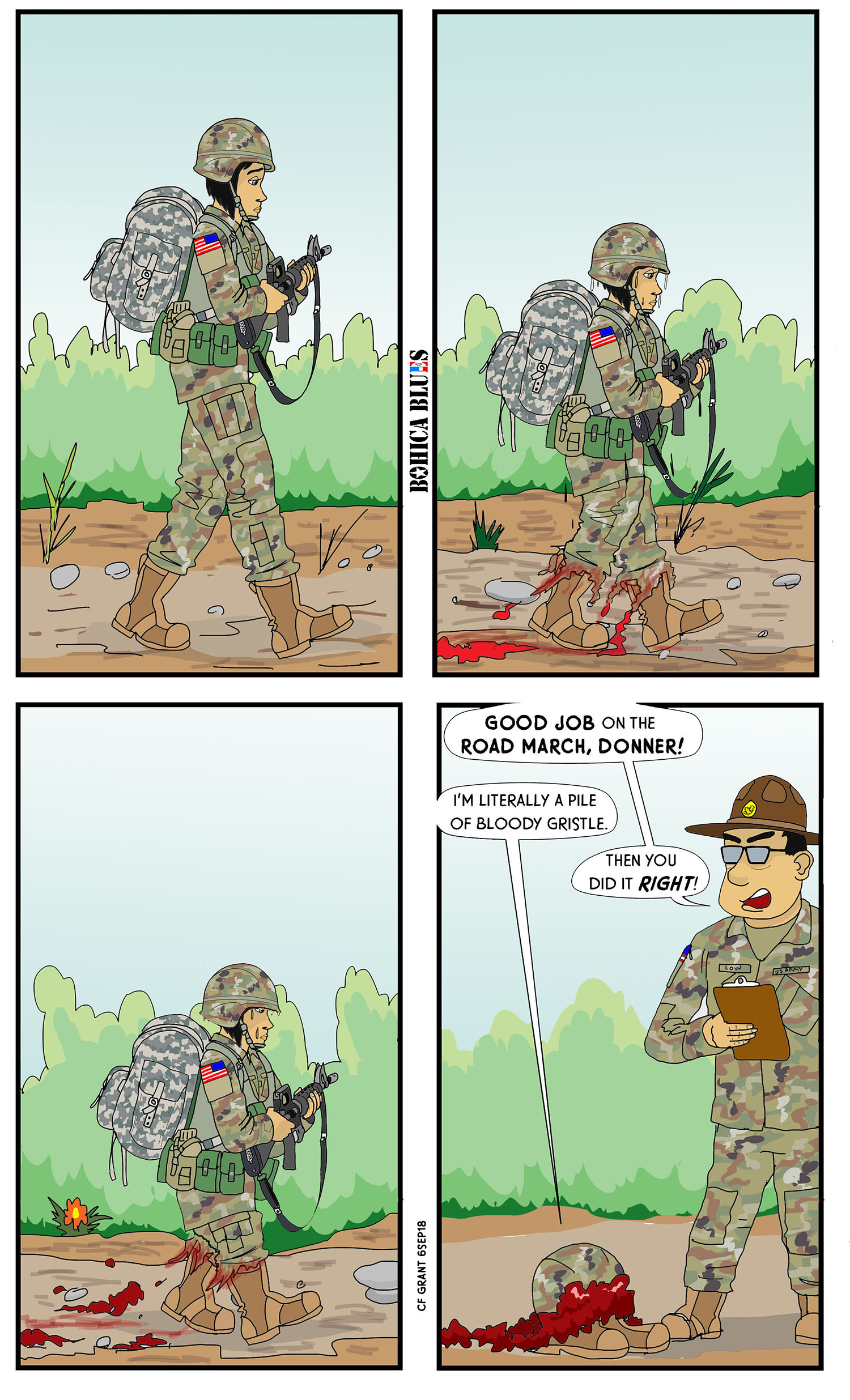 I love hiking but leave it to the Army to make it an onerous chore. I entered the Army as an Infantryman, which means a lot of marching in Basic Training. I don’t remember how many road marches we did, but I recall we did a few of them, three or four, perhaps more, of increasing lengths of time and distance.

Of course, Trainee Donner isn’t in the Infantry, but every trainee in the Army will have to go on some sort of Road March at least once. Over time I’ve had the opportunity to meet people who went to different Basic Training stations, at different times, and it seems that there is no uniform style of Road March that is standardized across the Army. Trainees have gone on six-mile, ten-mile, twelve-mile and up to twenty-mile marches (at least, this is what I’ve been told) so I’m not sure if the differences are by job classification, training installation policy, or the whims of Drill Sergeants.

Of course, by the end of pretty much any Road March you feel pretty ragged, worn down, and sore, and I suppose feeling like a pile of bloody gristle is as apt a description as any. That’s certainly how my feet felt after my first Road March, anyway, blistered and reddened things that they were. Shoulders ache from carrying heavy packs and arms ache from carrying a rifle at about elbow-height the whole way; necks holding up heavy helmets uniforms soaked with sweat and full of chafing sand. Of course, the mosquitoes and sand flies are there to take little bits and chunks from you, so at least they’re helping you relieve some of the load, right?