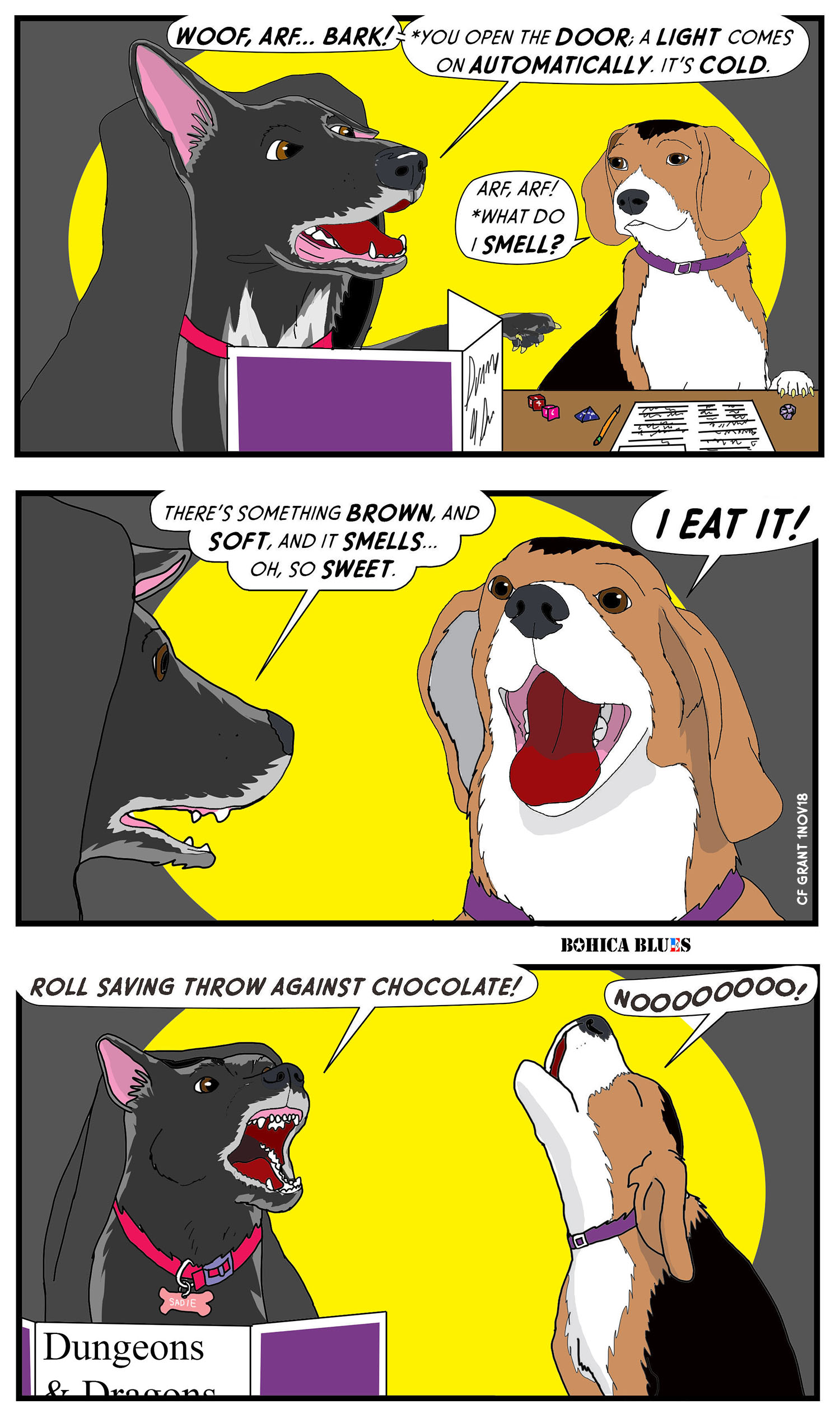 So what do dogs do to pass the time at a kennel while their owners are away? Probably the same thing a lot of us did on deployment– whip up a role-playing game. I featured troops playing games of all sorts while deployed (Playstations & X-Boxes; Dungeons & Dragons) and I figured that a stay at the kennel is probably like a deployment for dogs.

So in Dungeons & Dragons (indeed, a lot of role-playing games that are done pencil and paper style), if you have a run of bad luck and get into something potentially damaging, you can “roll a saving throw”. That’s a roll of the dice that allows you to tap into some talent, or reflexive skill, or even some dumb luck that allows your character to escape harm… or at least minimize it. You roll the dice for a chance to save yourself from your poor judgment.

Of course, “Dungeons and Dragons: Canine Edition” probably plays on the notion that dogs, as much as we love them, are not known for their impulse control. Barney Beagle knows that chocolate is bad for him, but he can’t help himself. He’s like my dog Butter, also characterized in this comic at times, who has eaten entire loaves of bread and half a sack of flour on one occasion. He recovered, but not without some veterinary intervention– that boy has a weakness for grain products that I just can’t figure.

I hope you had a happy Halloween and there will be more holidays coming, so hang on tight!