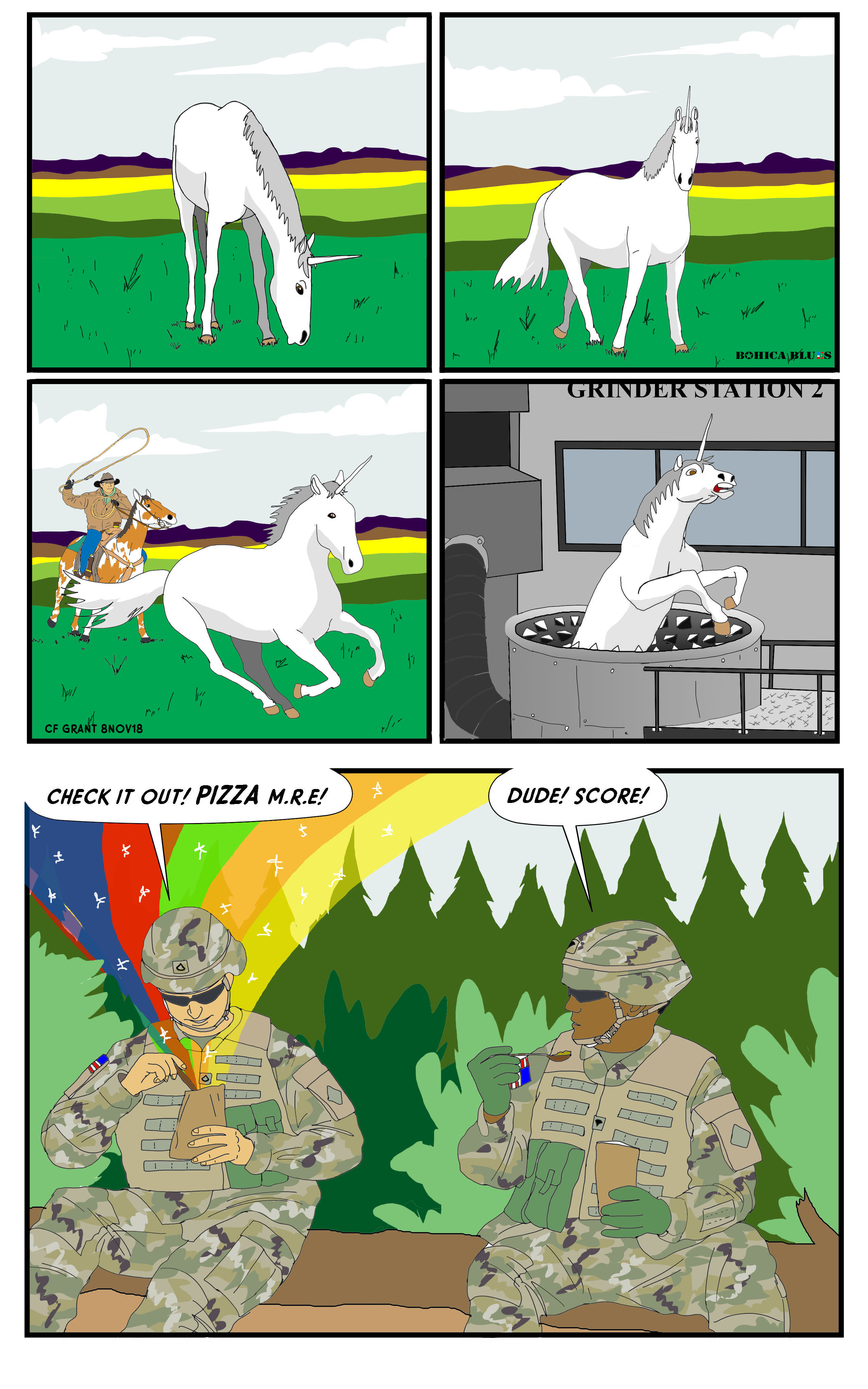 The rarest of rare treats, the Pizza MRE. It has been promised to us for years and years and years, and yet never delivered. However, recent reports from “Stars & Stripes” indicate that the ever-elusive Pizza MRE may be upon us… imminently.

According to stories, the “Pizza MRE” has been created years ago– the nutrient quotient was good, the taste was good… but the appearance was terrible. It was, essentially, a lump of poop-brown gunk that the creators could not in good conscience push onto the troops. (Think about that– the people that create MREs felt that this looked too much like unappetizing food to mass-produce. Wow).

But the Pizza MRE has recently been cracked. How? I can’t confirm of deny, but I have my suspicions.