The Next Cammo Chef 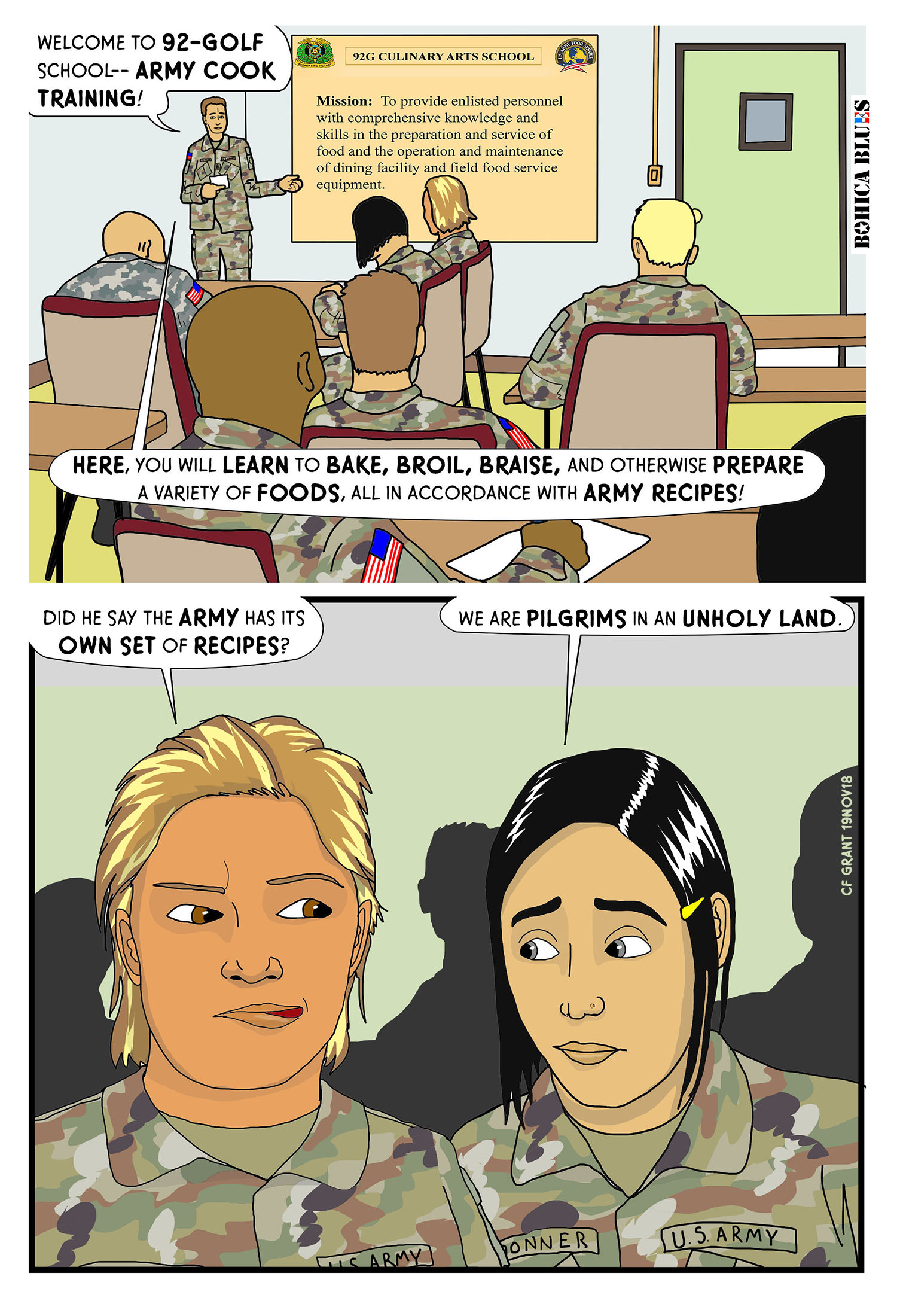 The Next Cammo Chef

Instead of “The Next Iron Chef”, each class of Army Cooks –Mission Occupational Specialty 92-Golf– is the next set of Cammo Chefs. They have to specialize in cooking military style. It may come as a surprise but yes, the Army does has its own recipes. Army recipes, cooking techniques, and menu items are not, however, optimized for creativity and taste innovation, but rather for feeding mass numbers of people as quickly and efficiently as possible… and while maintaining the health of those masses as much as possible at the same time.

Military food trends towards lots of pastas and rice, since these things can be stored in mass quantities very cheaply, without needing elaborate temperature controls. They can also be prepared quickly with little more than boiling water. A lot of frozen items are provided, with typically fruit being the freshest item available.

So that is what Army recipes will center on. Food safety is paramount, which means that meats will definitely not be served rare, eggs will not be soft-cooked, and there won’t be anything like sushi which involves raw fish (as well as a lot of specialized & time-consuming preparation). There won’t be a lot of daring innovations or a wide spectrum of spices, but it will be filling and see to nutritional needs. And despite the typical jokes, the quality actually isn’t really bad, but now that you have an idea of the narrow parameters that must be adhered to, it is probably not a surprise that the biggest downfall is a lack of variety.